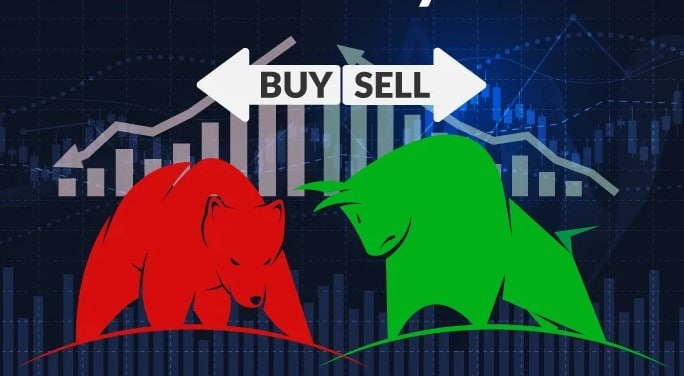 However, there is still no lack of long-term problems as a result of the corona pandemic. Despite good prospects for an upswing in the current year, the US Federal Reserve sees an increased danger of corporate bankruptcies. This emerges from the semi-annual report for Congress published on Friday, which Fed Chairman Jerome Powell will further explain to parliamentarians in hearings in the Senate and the House of Representatives next week. It says there are “substantial risks” of corporate failures even if the economy emerges from the clutches of the pandemic crisis. Corporate borrowing is “near historic highs”.

On Wall Street, the US stock markets trended directionless before the weekend. The Dow Jones closed practically unchanged at 31,494.32 points. The NASDAQ Composite gained 0.07 per cent to 13,874.46 points.

In recent days, concerns about the economic recovery pace, the high valuation of technology stocks and rising bond yields had weighed on sentiment somewhat. Investors, therefore, continued to focus on the bond markets, with yields rising further on Friday. With higher yields, bonds become more attractive and provide an alternative to riskier equities. Also, the associated risk of inflation makes it difficult to continue the loose monetary policy.

Weak Wall Street impulses weighed down Asian stock markets. Smaller gains in other financial centres offset moderate losses on individual exchanges. However, according to analysts, there were no signs of a trend reversal despite the somewhat subdued mood. The markets were rather taking a break after the gains of the previous weeks and before the weekend.

The European stock exchanges rose together today. The EuroSTOXX 50 started with a small gain and then extended it. It ended the day 1.03 per cent higher at 3,718.78 points.

The German benchmark index ended trading at just under 14,000 points, 0.8 per cent above the previous day’s close. Solid quarterly figures and outlooks from companies and encouraging economic data motivated investors to buy again after three days of losses in a row. For the week, the DAX posts a loss of 0.4 per cent. The TecDAX also rose slightly and closed 0.23 per cent firmer at 3,519.47 points.

The focus was initially on the small expiry date on the futures exchanges. At noon, the February options on the EuroSTOXX 50 and the DAX expired.

However, the bond market remained the overriding theme, and rising interest rates remained the topic of the day on the stock exchanges. After being ignored by traders and investors for a long time, some “gloomy clouds are now gathering in the previously so blue stock market sky”.

The euro gained slightly on Friday after upbeat economic data. The common currency was worth 1.2145 US dollars at its high for the day, but with the last price of 1.2115 dollars, the rate came back somewhat. The greenback, as a safe haven, received a little more encouragement on the foreign exchange market. Accordingly, the euro and other major currencies came back from their daily highs.

Oil prices continued their previous day’s losses on Friday. Market observers spoke of a counter-movement that had already begun on Thursday. The recent surge has thus been interrupted for the time being. Previously, production losses in the USA had pushed oil prices up over the week. The price for a barrel of North Sea Brent fell by 45 cents to 63.45 dollars. WTI light oil from the USA also fell by 79 cents to 59.73 dollars.

Gold bulls were able to defend the crucial $1,765 mark and pushed the precious yellow metal price up as high as $1,791 in the day. The closing price was at $1,783 per troy ounce.

The cryptocurrency market continues with its bullish sentiment, and Bitcoin realised another milestone, crossing the $1 trillion market capitalisation sound-barrier for the first time, trading at $56,500. Other coins and tokens also appreciated but are still lagging, as it is often the case, behind Bitcoin. Ethereum, for example, is currently traded at $1,960, while Polkadot and Binance Coin continue their moments to shine, rising to $40 and $271, respectively.

UK retailers have suffered larger than expected falls in sales due to the Corona lockdown. Revenues fell by 8.2 per cent compared to December, the ONS statistics office said in London on Friday. Economists polled by Reuters had expected just minus 2.5 per cent. The level of February 2020 – the month before the pandemic began – was undercut by 5.5 per cent. However, the drop was smaller than in the first lockdown last spring.

Economic output in the eurozone shrank in February for the fourth month in a row. A strong upswing in industry masked the accelerated decline in the service sector. The composite index for production in the private sector – industry and services combined – rose to 48.1 points from 47.8 in the previous month, the IHS Markit Institute reported in its first release. Economists had predicted a stable reading of 47.8 points.

Activity growth in the US economy accelerated slightly in February. IHS Markit’s composite index of private-sector production – industry and services combined – rose to 58.8 from 58.7 points in the previous month. The manufacturing purchasing managers’ index eased to 58.5 from 59.2 in the previous month. Economists forecast a reading of 59.0. The service sector index rose to 58.9 from 58.3 points while the forecast had been for 58.0.