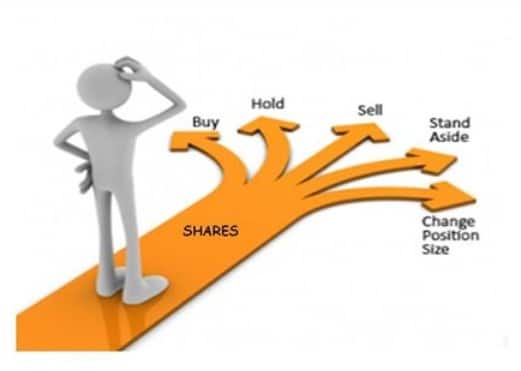 In the USA and Europe, there are increasing signs of a strong economic upswing in the summer. This led to a conciliatory end to the week on the stock markets.

Despite, or perhaps because of, the massive economic upswing, investors are currently in a quandary. The stronger the economy recovers, the greater the danger of inflation. And with it, the likelihood that central banks like the US Fed will raise interest rates sooner than planned and end the ultra-loose monetary policy increases. Consequently, reactions to strong economic data are no longer as exuberant as they were a few weeks ago.

This dilemma between economic optimism and inflation fears already caused a lot of price turbulence on the stock markets last week.

The Dow Jones Index fluctuated strongly this week but was able to gain just under 0.4 per cent to 34,207 points on Friday. For the week, this means a minus of 0.5 per cent. The broader S&P 500 lost 0.1 per cent on Friday, while the technology-heavy Nasdaq slipped 0.5 per cent.

The stock exchanges in the Far East ended Friday’s trading session mixed. Japan’s benchmark Nikkei index climbed 0.78 per cent to 28,317.83 index points. Meanwhile, on the Chinese mainland, the Shanghai Composite fell by 0.58 per cent and entered the weekend at 3,486.56 index points. The Hong Kong market was little changed, with the Hang Seng closing marginally up 0.03 per cent at 28,458.44 points.

Rising corona infection figures in Asia overshadowed the positive data and sentiment from the US. Only in Tokyo did economic confidence after good labour market data combined with falling yields boost buying sentiment.

The leading German index showed a positive trend on the last trading day of the week. The DAX was able to increase its initial gain and went into the long weekend 0.44 per cent stronger at 15,437.51 points. The TecDAX started with a small gain and ended trading virtually unchanged at 3,368.98 points.

After the economic slump in the corona crisis at the beginning of the year, there are signs of a rapid recovery in Germany. The Bundesbank expects gross domestic product (GDP) to increase significantly again in the second quarter.

The increasing easing of the corona measures also boosted business sentiment in the euro area in May. It was the best it had been since February 2018. In addition, the upturn in the German economy strengthened slightly in May thanks to the revival of business in the service sector.

The euro remained under selling pressure in US trading on Friday and slipped slightly into negative territory. Shortly before the close of trading, the euro was quoted at 1.2179 US dollars on the forex market. This was due to robust US economic data and statements by Christine Lagarde, head of the European Central Bank (ECB). She dampened expectations that the central bank could already give signals to reduce its massive bond purchases at its next meeting in June. It is still too early to discuss longer-term issues, Lagarde said.

In contrast, oil prices rose significantly before the long weekend. The barrel price for North Sea Brent rose by 1.57 dollars to 66.68 US dollars, while WTI oil paid 1.81 dollars more today and thus 63.75 dollars per barrel.

The gold price was also able to make further gains again. In the evening, the troy ounce cost $1.881 and thus about $5 more than on Thursday.

More foreign investment was made in Mexican companies in the first three months of this year than at any time in over 20 years. Foreign direct investments from January to March totalled 11.864 billion US dollars (about 9.7 billion euros), as the Mexican Ministry of Economy announced on Thursday. This was the highest figure for the first trimester of a year since 1999 and increased 14.8 per cent compared to last year.

Japanese consumer prices fell 0.1 per cent in April from a year earlier. This is the ninth consecutive decline; government data showed on Friday. The drop in the consumer price index (CPI) was smaller than the initial market forecast of 0.2 per cent. According to the data, communications prices, including mobile phone charges, fell 26.5 per cent in April.

The British retail sector benefited enormously from less stringent corona restrictions in April. Retailers’ sales rose by 9.2 per cent compared to the previous month, the statistics office ONS announced in London on Friday. Analysts had expected an average increase of 4.2 per cent. Compared to the same month last year, when significant restrictions were in place during the first Corona wave, sales jumped 42.4 per cent.

The upswing in the German economy strengthened slightly in May thanks to a business revival in the service sector. However, the industry is increasingly suffering from supply disruptions, and overall significant price increases are coming into view. According to data in the first release for the month, IHS Markit’s composite index for production in the private sector – industry and service providers combined – improved to 56.2 from 55.8 points in the previous month.

Business sentiment in the eurozone also brightened again in May. The purchasing managers’ index of the market research institute Markit rose by 3.1 points to 56.9 points compared to the previous month, as Markit announced on Friday after the first estimate in London. This is the highest level since February 2018, when economists on average had only expected a rise to 55.1 points.