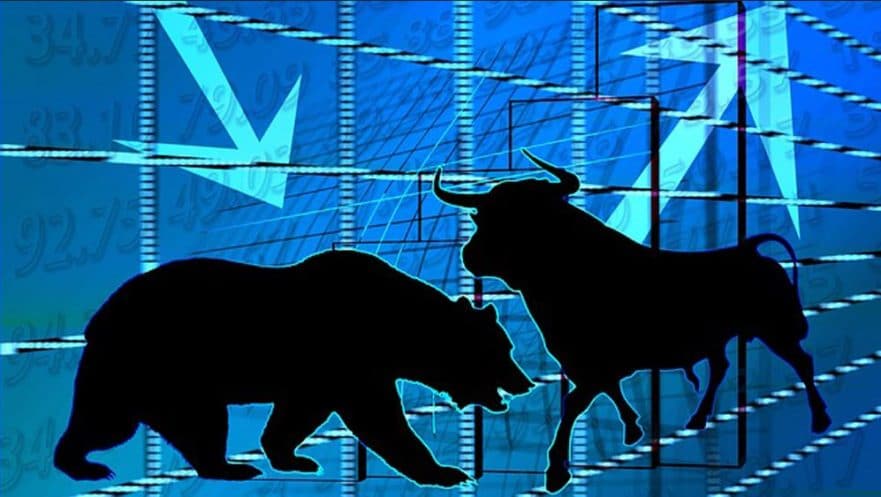 USA up, Europe down

Reports that the Mainz, Germany, based biotech company Biontech and its research partner in the USA Pfizer are making good progress in the search for a vaccine against the Sars-Cov-2 virus initially supported the share prices at the end of the week.

The two companies have started the decisive phase three with their vaccine candidate and, if the data are positive, they still intend to apply for approval in October.

On the other hand, the markets remained und heavy selling pressure, especially with gold and silver prices fluctuating heavily. One of the culprits for the selling mood was the worse than expected Markit PMIs from the eurozone with the Markit Composite PMI at 51.6 compared to the expected 54.9. Especially France disappointed, missing the anticipated reading of 53.7 at 49.0 points, which also suggest a contraction of the economy. The figures from Germany came in slightly better than expected, at least for the Manufacturing PMI: The reading was 53 instead of the forecasted 52.5. The Markit Services PMI for August missed the target of 55.1 by a lot at just 50.8.

Overall, the data signal that the strong recovery between May and June is now slowing down, making the hoped-for V-shaped recovery of the economy, at least in the eurozone, less likely.

There was still no glimmer of hope in the trade dispute with China, yet the sentiment remained positive. Also, some economic data was published that attracted attention. Markit’s Manufacturing and Service Sector Purchasing Managers’ Indices rose significantly in the US, in contrast to the Euro-Zone. The Markit Manufacturing PMI Flash was reported at 53.6 versus the expected 51.9. The Markit Services PMI was even reported at 54.8 versus the expected 51.

In the wake of firmer US stock markets, the Far East also saw an upward trend on Friday. Hopes for a corona vaccine are also driving up prices. There was also a new glimmer of hope in Chinese-American relations: According to the Chinese Ministry of Commerce, both sides want to make a telephone call about the trade agreements. However, there has not yet been any confirmation from the USA.

Despite positive signals from Asia and the US, the European stock exchanges recorded losses at the end of the week. The EuroSTOXX 50 was stronger at the opening of the stock exchange, but turned negative and closed 0.58 per cent lower at 3,255.01 index units.

Thanks to good conditions, the European stock markets initially moved upwards at the start of the day. Hopes for early availability of a corona vaccine following promising study data from the USA also proved to be supportive. However, disappointing purchasing managers’ indices from Europe dampened the mood, as for the most part, they turned out worse than expected.

The euro again came under intense pressure on the foreign exchange market. After trading above 1.880 in the early trading hours, the exchange rate fell to 1.1778 US dollars by the evening. Similarly, other major currencies posted losses against the further strengthening greenback.

Oil prices on Friday extended their losses in the day. Weak economic data and an appreciating US dollar weighed on prices, which led to the barrel of Brent crude becoming cheaper at 43, 67, 1.23 US dollars. West Texas Intermediate (WTI) oil was traded for 1.28 US dollars less at 41.54 US dollars.

Wirecard’s last day in the Dax

Among the individual stocks in the leading index Dax, the Wirecard paper ended its existence in the Dax with a moderate profit. The insolvent payment processor, which was smashed after the infamous balance sheet scandal, has to leave the leading German index and will be replaced by the food supplier Delivery Hero as of coming Monday.

Most of the other index stocks also closed in the red, but in most cases, the losses remained soft. In contrast, Covestro was the winner of the day in the Dax 30 and gained almost 2 per cent.

The record rally at Tesla does not end on Friday, the deadline for the stock split. The papers of the electric car maker, which in the meantime has risen to become the most valuable car manufacturer in the world, advanced to a peak of 2,095.49 US dollars. At the end of the trading day, the share price was still 2.41 per cent higher at $2,049.98. Tesla shares thus consolidated the $2,000 mark, which they had passed the day before for the first time in their history.

Since the end of June this year, the shares have more than doubled within a few weeks – partly thanks to the prospect that an announced stock split will make them more interesting again for small investors. This is due to be completed soon: Shareholders who own the shares on Friday at the close of trading are to receive four additional stock papers per share one week later. The first split will be traded on 31 August.

Many traders spoke of “astronomical highs” at the current price level of Tesla shares. In March at the corona low, the shares were still available for $350, since then they have increased almost sixfold.

Both sides agreed on Friday on customs facilitation, according to EU Trade Commissioner Phil Hogan and US Trade Representative Robert Lighthizer. US companies would no longer have to pay customs duties on live and frozen lobsters when exporting to Europe. In 2017, the lobster export volume to Europe was 111 million US dollars.

The American lobster industry is experiencing difficulties, mainly as a result of the EU’s free trade agreement with Canada, which also reduced customs duties on lobsters to Europe. In the absence of a comparable arrangement with the USA, European imports of Canadian lobsters have skyrocketed, while American lobster exports have collapsed.

In return for the lobster tariff relief, the US will reduce tariffs of USD 160 million on products such as prepared meals, particular crystal glassware, surface preparations, propellants and lighters from the EU.

In a joint statement, Hogan and Lighthizer said that the agreement was part of the improving relationship between the US and the EU. The contract should be the prelude to further agreements of this kind.