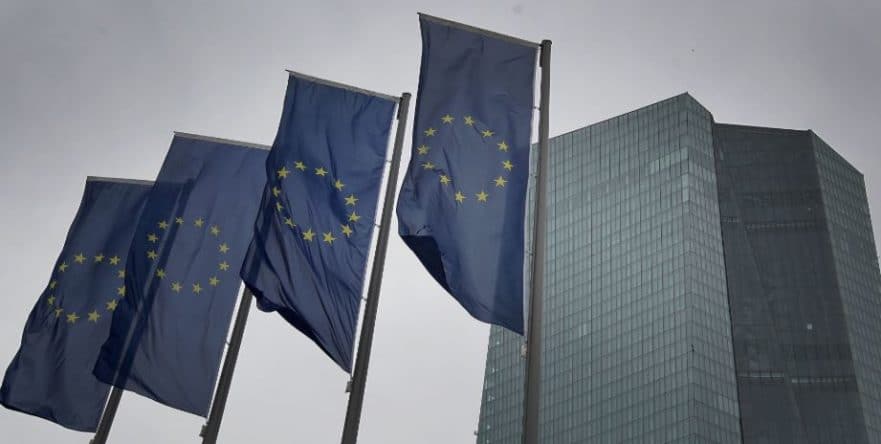 The ups and downs on the global financial markets continued this Friday. While the global economy is suffering from the corona pandemic, the Chinese leadership is creating new tensions with the USA. Also, the market was burdened by the fact that China wants to pass its security law for Hong Kong and has not issued a growth target. US President Donald Trump has already announced a strong reaction if the proposed “security law” comes into force.

Good news, however, comes from the European Central Bank (ECB) who declared its willingness to expand its emergency bond purchase program to deal with the current crisis (PEPP) as early as June if necessary. This is indicated by the minutes of the last Council meeting published on Friday.

On Wall Street, there was a mostly quiet end to the weekend. Although the prices were back in the familiar pattern and range, these fluctuations were not as sharp as on the previous days.

The US leading index, the Dow Jones, was for the most part slightly in the red and declined marginally by 0.04 per cent to 24,465.16 points at the end of trading. After initial losses, however, the tech index NASDAQ Composite turned positive in the course of trading and gained 0.43 per cent to 9,324.59 points.

Concerns about an increase in the smouldering tensions between Washington and China and the upcoming long holiday weekend caused investors to act cautiously. However, major levies were prevented by the fact that the numerous restrictions imposed due to the corona pandemic in the USA were also gradually being eased. This gives investors hope that the economy will soon recover.

The Asian stock markets moved sharply downwards before the weekend. In Tokyo, the Nikkei started the weekend 0.80 per cent weaker at 20,388.16 points. On the Chinese mainland, the Shanghai Composite lost 1.89 per cent by the closing bell and dropped to 2,813.77 index points. The losses were most severe in Hong Kong. The Hang Seng collapsed by 5.56 per cent by the end of trading, leaving 22,930.14 points on the price board.

The tension-filled news from China was joined by consumer prices from Japan, which were even worse than expected. The core rate fell by 0.2 per cent in April. Experts had only expected a decline of 0.1 per cent. However, the fact that the Bank of Japan has launched an aid program for small businesses did not move the market.

The European stock markets were quite stable and almost motionless today. The EuroSTOXX 50 went a little deeper into the session and closed marginally higher (+0.02 per cent) at 2,905.47 points.

The Dax 30 opened with a significant discount below the psychologically important 11,000 point mark. In the course of trading, it fought its way back over the hurdle and closed 0.07 per cent higher at 11,073.87 points after volatile trading. On the weekly chart, the leading German index thus rose by almost 6 per cent. The TecDAX started trading weaker and saved a plus of 0.63 per cent to 3,088.27 index units at the end of the week.

The euro has slid below the 1.09 US dollar threshold in late trading. The common currency had already been weak before. At its low, it reached $1.0888 – half a cent less than in Asian trading. The European Central Bank (ECB) had still set the reference rate at $1.1000 on Thursday afternoon. A stronger dollar triggered the euro’s weakness across the board. The American currency benefited from its status as the world’s reserve currency, which is in higher demand in uncertain times. The Japanese yen, which is typically also considered a safe haven for investments, was also increasingly used.

Oil prices came under heavy pressure before the weekend. Traders cited growth concerns about China as the main reason. North Sea Brent cost $34.70 on Friday evening, $1.38 less than the previous day’s price, at $34.70. The oil price for a barrel of the US variety West Texas Intermediate (WTI) fell by $1.17 to $32.75.

Gold, on the other hand, continued to appreciate. A troy ounce costs $1,732 in the evening, almost $8 more than yesterday. This means that the precious metal is once again chasing its recently reached annual high of $1,765 or 1,633 euros.

The top 10 digital assets also posted gains on today’s Friday. Bitcoin increased only marginally to $9,100 while Ethereum increased by a good 2 per cent to $208 and XRP gaining over 3 per cent to $0.2020.

The European Central Bank (ECB) appears to be heading for an additional easing of its already very expansive monetary policy. This is the conclusion that bank economists have come to in light of the minutes of the ECB Governing Council’s most recent interest rate meeting at the end of April, published on Friday. Among other things, the minutes state that a rapid economic recovery from the corona pandemic can probably be ruled out.

If the monetary policy support provided during the crisis proves insufficient, the Governing Council will have to increase its purchases of securities and possibly other instruments, the minutes go on to say. The ECB’s Chief Economist, Philip Lane, made a similar statement on Friday. The ECB will have to adjust its instruments in June if this becomes necessary, the Irishman said.

Currently, the volume of ECB Corona Emergency Purchases (PEPP) amounts to 750 billion euros by the end of the year. Analysts have been pointing out for a while that the framework is likely to be exhausted as early as autumn due to the ECB’s high pace of buying.

According to an agency report, the Japanese carmaker is considering cutting 20,000 jobs. The job cuts are to take place primarily in Europe and developing countries, according to a report by the Kyodo news agency. Next week, Nissan will present its updated medium-term strategy. The company, like other manufacturers, is struggling with a sharp drop in demand for cars in the wake of the virus crisis.

The Corona pandemic has burdened the Chinese online retailer Alibaba. Although the eBay and Amazon rival was able to increase sales by 22 per cent year-on-year between January and the end of March to 114 billion Chinese yuan (14.6 billion euros), the company reported.

However, the bottom line for the New York-listed company was a drop in profits of 88 per cent to 3.2 billion yuan due to valuation losses on investments. Alibaba also felt the effects of the crisis in its ongoing business, with operating profits falling by 19 per cent to 7.1 billion yuan. Thanks to the recovery of the Chinese economy, the e-commerce group expects sales of more than 650 billion yuan for the current fiscal year 2021.