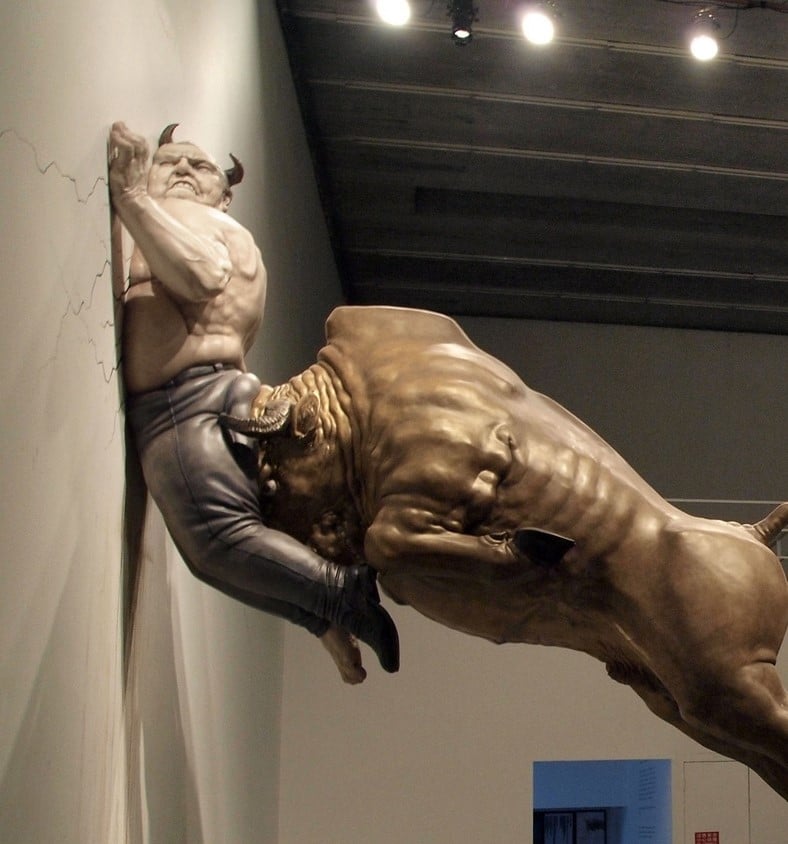 Are we there yet?

An old stock market rule says: “A bull market is born in panic, grows in fear and dies in euphoria.” Therefore, many market analysts believe that we are still far away from real euphoria. We were instead in the “fear” stage, given the uncertainties regarding the corona crisis and the further course.

This week, the most important stock markets went up and down merrily. Not much has really moved, but at least the US stock markets were able to catch up again today and record gains.

Wall Street recovered on Friday after the previous day’s heavy losses. Although the Dow Jones opened with a marginal decline, it turned positive in the further course of trading and ultimately ended the day 0.67 per cent stronger at 34,043.49 points. The NASDAQ Composite extended its initial gain and closed 1.44 per cent higher at 14,016.81 index units.

Investors shook off the scare they had received on Thursday from a media report about plans by the US government to increase the capital gains tax. US President Joe Biden wants to use this money to finance the investments in the US infrastructure that go hand in hand with the economic stimulus programmes. The rapidly rising corona figures in some parts of the world continued to have a dampening effect on sentiment.

Besides, the focus remained on numerous quarterly reports, including those of Intel and American Express.

The stock exchanges in the Far East showed varying tendencies before the weekend.

Unfavourable conditions from the previous trading day on Wall Street also caused losses on some of Asia’s stock exchanges today. In Asia as well, the markets are currently burdened by the negative corona media coverage in some places.

The European markets corrected slightly downwards today after they were still able to gain yesterday. The EuroSTOXX 50 had already started the day with a small loss and also ended the day only 0.04 per cent lower at 4,013.34 points.

The DAX also corrected further down and ultimately went into the weekend 0.27 per cent lower at 15,279.62 points. The TecDAX showed the same tendency, closing the evening 0.37 per cent weaker at 3,518.88 points. After a two-day recovery, the DAX rally thus ran out of steam again on the German markets. For the week, the DAX lost 1.2 per cent.

The proposed capital gains tax increase in the USA also spoiled the mood of investors in Europe. Otherwise, the purchasing managers’ indices for April were on the agenda.

On the currencies / foreign exchange market, the euro exchange rate rose today after solid economic data from Europe. In US trading, the common European currency was sold for US$1.2090, almost a cent more than in early Asian business.

The Russian rouble rose slightly against the dollar and the euro. Traders explained this on the one hand with a tendency towards easing in Russia’s conflict with Ukraine, but also because the Russian central bank had raised its key interest rate in one big step by 0.5 points.

Better-than-expected economic data from the US and the eurozone provided some uplift to the oil market shortly before the weekend, market observers said. Northsea Brent oil rose by 31 cents to 65.71 US dollars per barrel. WTI light oil from the USA increased by 29 cents to 61.72 dollars.

Cryptocurrencies continued a phase of consolidation, and most major digital assets just trended sideways. Bitcoin hovered between $47,000 and $51,000, while Ethereum dropped a little lower to under $2,300. XRP and Cardano held steady between $1 and $1.10.

The British retail sector benefited in March from a lifting of some corona restrictions. Sales in the sector were 5.4 per cent above February’s level, the statistics office ONS reported in London on Friday. Analysts, on average, had expected a much smaller 1.5 per cent rise. Compared to March 2020, revenues rose by 7.2 per cent.

The upswing in the German economy lost some of its momenta in April. While the service sector stagnated, the industry weakened slightly due to supply problems. According to data in the first release for the month, IHS Markit’s composite index for private-sector production – industry and service providers combined – fell to 56.0 from 57.3 points in the previous month.

The eurozone recorded its strongest growth since July 2020 in April. This was driven by a record expansion in industrial production and the first increase in business activity in the services sector since last August. The composite index of output in the private sector – industry and services combined – rose to 53.7 points from 53.2 in the previous month, the IHS Markit Institute reported in its first release. Economists had predicted a decline to 52.9 points.

Activity in the US economy continued to accelerate in April. IHS Markit’s composite index of private-sector production – industry and services combined – rose to 62.2 from 59.7 points in the previous month.