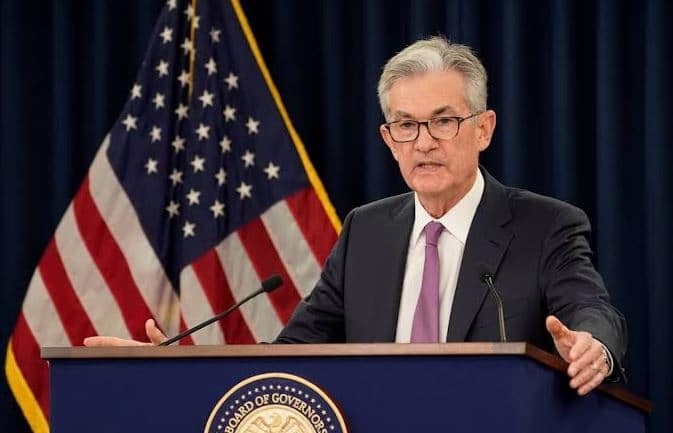 Today’s agenda includes a speech by Fed chief Jerome Powell. Investors are hoping that this will provide some indication of the Fed’s interest rate policy. Expectations for the central bank meeting in Jackson Hole are high. The potential for disappointment is correspondingly high.

If US bonds with shorter maturities offer higher yields than those with longer maturities, in the past this was often a reliable harbinger of a recession. In turn, this had raised hopes in the market for a significant cut in US interest rates.

Quite a few market observers, however, assume that those responsible for the Fed will largely keep their monetary policy considerations to themselves rather than hold out the prospect of further rate cuts. The potential for disappointment is correspondingly high.

On Wall Street, investors took a wait-and-see stance on Thursday. There was little movement on the major indices. The Dow Jones Industrial advanced by 0.2 per cent to 26,252 points. The US lead index is currently comfortably trading above the 200-day average line, which is regarded as an indicator of the longer-term trend.

The stock markets in Asia rose on Friday. However, the price swings were limited. Monetary policy and thus possible further interest rate cuts continue to be the determining issue. In Tokyo, the Nikkei 225 closed 0.4 per cent up at 20,710 points. On China’s mainland stock exchange, the CSI 300 climbed by 0.7 per cent. In Hong Kong, profits were somewhat lower. The Hang Seng gained 0.5 per cent.

The Chinese yuan slipped to a fresh eleven-year low against the dollar on Friday morning. Market observers see this as a sign from the government in Beijing to the trade dispute hawks in the USA: China is obviously willing to let the yuan depreciate to neutralize the negative effects of US tariffs largely.

A falling yuan/dollar exchange rate makes Chinese exports to the USA cheaper and thus contradicts the goals of the government of US President Donald Trump. This means that the trade dispute between the USA and China could escalate further and thus keep the global economy in suspense.

The euro weakens slightly in early foreign exchange trading and falls back under the $1.11 mark it had surpassed yesterday. The European common currency is currently trading 0.1 per cent lower at 1.1070 dollars.

Only little movement also on the commodity markets: Oil prices for the WTI and Brent varieties have made slight losses this early Friday. A barrel of WTI is currently traded for $55.20, about 1 per cent less than the previous day. Brent crude oil costs $69.70, a more than 1 per cent loss compared to Thursday.

Gold is losing more ground as well and is moving further away from its recent six-year high of $1,528. Currently, one troy ounce of the precious yellow metal costs 1,495 dollars. This is also a positive sign that investors are at least slightly more inclined to take risks.

The cryptocurrency market has made some small gains on Thursday, bringing the Bitcoin price back up over the critical $10,000 mark. The price of XRP (Ripple) increased by over 2.5 per cent to $0.2720, while Ethereum rose by over 3 per cent to $192 a coin. The overall market capitalization increased by approximately 7 billion to currently $267 billion.

The US Securities and Exchange Commission (SEC) has sentenced the money house to a fine of 16 million dollars for violations of anti-corruption laws. The bank has hired relatives of government officials in the Asia-Pacific region and Russia to influence them inappropriately in connection with its investment banking business, the SEC said.

The US software manufacturer Salesforce has surprised experts with its optimism. In the current quarter, a turnover of 4.44 to 4.45 billion dollars is expected, the company announced on Thursday after the close of the US stock market in San Francisco. Analysts had previously only expected 4.18 billion dollars. Salesforce also raised its full-year revenue guidance to up to $16.9 billion.

HP share in red – The company gets anew boss

Dion Weisler, who has led the PC giant since its separation from the business in 2015, will return to Australia for family reasons, HP said Thursday. On November 1, Enrique Lores will take over the top job, most recently leading the printing division. For a year, he has also been working on an analysis of HP’s strategy and global business.

Along with the change in leadership, HP also announced the numbers for the past quarter. According to the figures, sales remained virtually unchanged year-on-year at $14.6 billion, slightly below analysts’ expectations. Net income improved from $880 million to $1.18 billion for the third quarter ended July. The share price recently lost 7.82 per cent to 17.45 dollars in pre-market US trading.

HP emerged from the computer pioneer Hewlett-Packard. In the second quarter, the group was number two in PC sales with a market share of 23.7 per cent, according to market research firm IDC. The top position was held by the Chinese competitor Lenovo, from which more than one in four personal computers worldwide came.