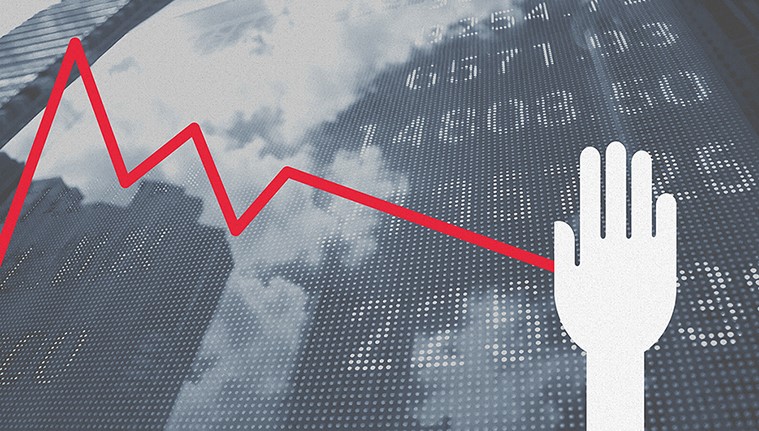 At the end of a weak week full of worries and fears, investors finally dared to take some risks just before the weekend.

In the past few days, European indices, in particular, have had to let up feathers, mainly due to fears of new lockdowns to contain the corona pandemic. According to official reports, nothing has changed in the dramatic nature of the pandemic situation.

Above all, the continuing very high numbers of new infections are cited here as a reason for hysteria, although there are now increasingly loud dissenting voices which clearly distinguish between infection, illness, severe illness and death figures. These show quite clearly that the picture is by no means “dramatic” or even “gloomy”.

Although the number of infections in Germany and many neighbouring countries continues to rise, all other figures are falling. Nevertheless, more and more restrictions are being announced in Europe, and the economy is thus once again being hit.

Wall Street’s indices tended sideways at the last day of the trading week.

The Dow Jones ultimately posted a small minus of 0.10 per cent at 28,335.57 points. The technology-heavy NASDAQ Composite fell temporarily into negative territory after a friendly start, but then recovered and closed 0.37 per cent higher at 11,548.28 points.

Market participants continued to focus on quarterly reports for the past quarter, which were mixed. The presidential elections, the US economic stimulus package and the rising corona infection figures also remained in the focus of investors.

Before the weekend, stock markets in the Far East trended cautiously friendly.

Positive US figures supported the Asian indices. Hopes for further support measures once again sprouted. However, the focus remained on the second corona wave.

On Europe’s stock markets, investors were optimistic before the weekend.

Led by good Daimler figures, the mood on the German stock market brightened somewhat at the end of the week. The Dax ended trading 0.82 per cent higher at 12,645.75 points. In contrast, the TecDAX dropped 0.76 per cent to 3,028.89 points.

There were plenty of issues that investors had to deal with: the second wave of infection, which generally put some pressure on sentiment, but also company figures that provided positive impulses. The approaching US presidential election also remained in the focus of investors.

In the Forex market, the euro continued to benefit from better than expected economic data in US trading on Friday. The most recent price of the common currency was quoted at 1.1859 US dollars.

Oil prices fell on Friday, especially after it became known that Libya was planning to increase its crude oil production. The cost for a barrel of Brent fell by 44 cents, to $42.02. The price of a barrel of West Texas Intermediate (WTI) fell by 46 cents to $40.18.

The gold price also fell back in the day and is now just below the $1,900 mark per troy ounce.

Cryptocurrencies, on the other hand, continued their forward momentum, and many of the most important digital assets rose in value. Bitcoin increased by 0.4 per cent to now just over $13,000, while Ethereum gained 0.1 per cent to $413 and XRP held steady at $0.2550.

Activity in the US economy accelerated in October. The composite index for production in the private sector, which is compiled by IHS Markit, rose from 54.3 points in the previous month to 55.5 in October.

Demand for commercial vehicles in Europe recovered noticeably in September. In the European Union (EU), registrations increased for the first time this year, as the responsible industry association Acea announced in Brussels on Friday. In September, 13.3 per cent more commercial vehicles were sold in the European Union than a year earlier. In August, the minus was still 18 per cent.

The big US bank Goldman Sachs has been accused of bribing government officials in Malaysia and Abu Dhabi, among others, in connection with the Malaysian sovereign wealth fund 1MDB with bribes worth more than $1 billion. Now the bank is accepting a billion-dollar fine for its role in the corruption and money-laundering affair. The financial group will pay a total of 2.9 billion US dollars in a settlement with authorities in the USA, the United Kingdom, Singapore and other countries, the US Department of Justice announced last night. According to the responsible US prosecutor, this is the largest fine of this kind in US history.

Wirecard’s North American business has been sold. The insolvency administrator of the payment processor Wirecard, Michael Jaffe, awarded the contract for Wirecard North America to the holding company Syncapay, financed by financial investors, on Thursday, as both sides announced late in the evening. The acquisition of Wirecard North America will be financed by Centerbridge, an investor specializing in restructuring, which will become the majority shareholder of Syncapay. The company from Dallas in the US state of Texas, in which Bain Capital, among others, has held a stake to date, already owns the payment processor daVinci Payments.

The major British bank Barclays has come through the Corona pandemic much better than expected. On balance, the bank earned £611 million in the third quarter). This was around three times as much as analysts had expected on average. Above all, Barclays put aside significantly less money for bad loans in the third quarter than in the first half of the year. This time, impending loan defaults burdened the quarterly result by £608 million. In the first half of the year 2020, Barclays had still put £3.7 billion into risk provisions.