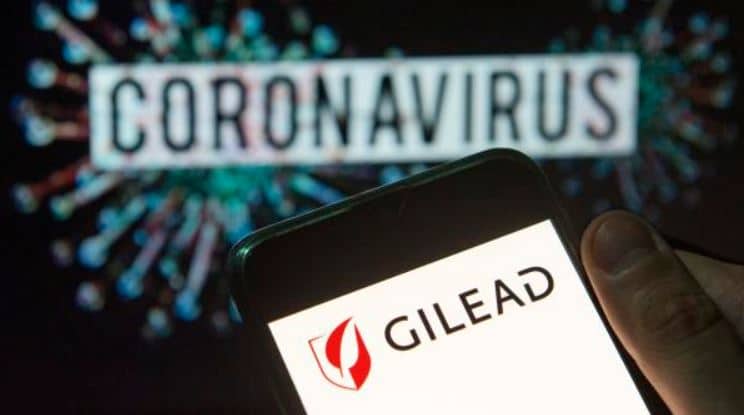 A report on the failure of the Covid-19 hope carrier Remdesivir from Gilead Sciences put a bitter damper on investors. The Financial Times reported that there had been no noticeable improvements in the treatment of patients in China after administration of the drug. The results had been unintentionally made public, and both Gilead and the World Health Organization (WHO) tried to reassure investors and the public, but once again, they failed.

Investors had placed a lot of hope in the remedy and thus also tolerated weak economic data as probably only a short-term phenomenon, some market strategists explained. Furthermore, the ongoing tense situation on the oil market as well as the geopolitical tensions between the US and Iran are also adding fuel to the fire.

In Europe, investors were disappointed with EU plans to tackle the economic consequences of the pandemic. Many things remained unresolved, such as the design of the planned reconstruction fund. The debt problem of the European Monetary Union has been solved little, and an adjustment mechanism between the North and South countries is still lacking, experts complained.

The Dow Jones turned negative after initial gains. Only after the end of Frankfurt’s Xetra trading did the US blue-chip index rebound and recorded a daily gain of 1.11 per cent to 23,775 points. The weekly chart, however, shows a minus of approximately 3 per cent. The market-wide S&P 500 and the Nasdaq 100 were at a standstill. The prospect of easing corona restrictions in some US states provided some support for Wall Street.

However, the gloomy economic data put the brakes on the buying mood. In March, orders for durable goods slumped by 14.4 per cent. This is the sharpest decline since summer 2014. Although the consumer climate survey conducted by the University of Michigan in April turned out somewhat better than before in a second estimate, it is still too early to say whether the economic downturn will continue. Nevertheless, the extent of the deterioration in sentiment caused by the virus crisis remains historic.

China’s central bank wants to mitigate the economic consequences of the Corona pandemic with further moderate steps. The People’s Bank of China (PBOC), for example, is providing the banks with additional billions via a medium-term credit line. Besides, the interest rate for business will be reduced by 0.2 percentage points to 2.95 per cent, the currency guardians announced.

The European stock markets also weakened on Friday. The EuroSTOXX 50 was clearly in the red before the weekend. It started the weekend with a discount of 1.52 per cent to 2,809.07 index units.

The leading German index lost 1.7 per cent and dropped to temporarily below 10,300 points. It ended the weekend with minus 1.69 per cent at 10,336.09 points. The TecDAX was also significantly lower from the beginning and maintained this trend. At close, the index posted a loss of 2.15 per cent to 2,886.40 points.

The euro moved around the USD 1.08 level in US trading on Friday. At the end of Wall Street trading, the common currency costs 1.0800 US dollars.

Oil prices have stabilized at the end of a week that was historic for the crude oil market. Despite slight losses, there was talk on the market of a calming of the situation. Lastly, a barrel of North Sea Brent crude costs 14 cents less at $21.49. The US variety WTI was traded on Friday at $17.09 per barrel. It thus cost 42 cents more than on Thursday.

The gold price broke through the 1,600 euro mark for the first time on Thursday. On Friday the price continued to rise to 1,613 euros per troy ounce. Gold in euros has never been so expensive. In dollar terms, the gold price was just below its mid-April high at 1,748 dollars. The gold price has been profiting for weeks from the flight of investors to “safe havens”. The recession of the century triggered by the Corona pandemic is unsettling investors. Simultaneously, governments and central banks are pumping more and more money into the markets, and debt is rising and rising.

Cryptocurrencies stabilized after some decent gains in the previous days. A Bitcoin currently costs $7,500, while Ethereum is trading at $193 and XRP at $0.1950 per coin.

Air is getting thinner for Lufthansa

The bad news from the ranks of Lufthansa continues. Lufthansa shares are the biggest loser in the Dax today, dropping another whopping 8 per cent to EUR 7,18. According to insiders, the airline plans to put together a government aid package of up to ten billion euros at the beginning of next week. Then it should also be clear what the division between equity and loans will look like. The airline’s flight operations, which almost went out of business because of the corona crisis, caused billions of euros in losses. In essence, from January to March, the decline in adjusted Ebit increased to 1.2 billion euros within a year.

Facebook does not want to leave the sharp growth in video chats in the time of crisis to the rising star Zoom and is countering with its offer. Messenger Rooms” will initially allow video conferences to be set up for around 20 participants, later on up to 50. The use should be as simple as with Zoom. The videoconferencing boom, due to the current crisis, brought Zoom a leap from 10 million to 300 million users daily. But it also caused problems such as the so-called “zoom bombing”, where strangers disrupt video conferences. In the meantime, Zoom has introduced access restrictions to prevent intruders from entering.

According to a press report, the ailing US aviation giant Boeing is facing deep cuts in the production of the 787 Dreamliner. Also, there are to be extensive job cuts. Boeing will announce these steps when presenting the figures for the first quarter on April 29th, the news agency Bloomberg reported late Thursday evening, citing insiders. The production of the 787 Dreamliner is to be reduced by about half, the number of jobs to be cut is still open, it was said.

Boeing is suffering enormously from the Corona crisis; many customers of the Airbus rival are currently struggling to survive. Besides, Boeing is facing the problem of the 737 Max. Boeing’s production is already severely restricted due to a production stop in January when the model was banned from take-off after two plane crashes worldwide.

Boeing has lost more and more 737 Max orders during the Corona crisis. In the first quarter, the bottom line was that 314 orders for the problem aircraft were cancelled in mid-April. In total, Boeing lost 307 aircraft orders by the end of March, as some new orders for other models were received.