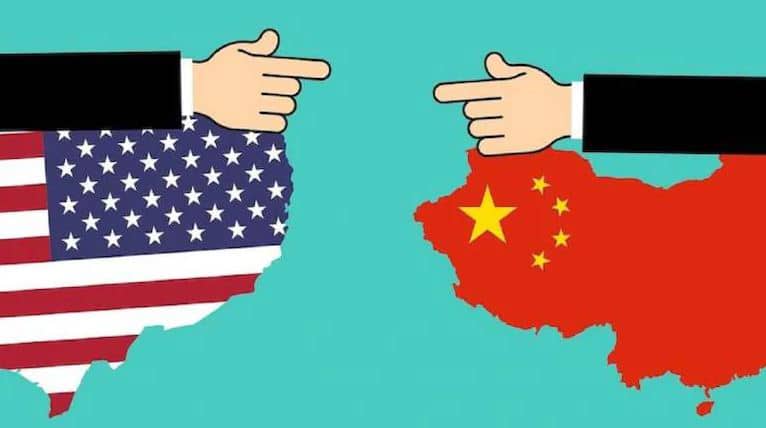 In response to the closure of a Chinese consulate in Houston yesterday, China, for its part, has called on the US to close its diplomatic mission in the southwest Chinese city of Chengdu. The license to operate the foreign representation will be withdrawn, the Beijing State Department announced on Friday. China is again calling on the USA to correct its decision and thus create the conditions for a return to normality in bilateral relations.

The ordered closures aggravate tensions between the two largest economies, which are already at loggerheads over China’s handling of the coronavirus outbreak, trade policy and the harsh Chinese actions in Hong Kong and Xinjiang. The tit for tat approach and overall tense relationship between the two countries is thus reaching another low point, which could have a further negative impact on world trade.

But also the corona situation continues to strain the minds. Last time investors had banned the pandemic from their minds and looked far into the future. Today, however, fear returned to the markets, and the sentiment changed in favour of risk-off.

In New York, the leading index Dow Jones fell by 0.8 per cent to 26,430 points on Friday evening. On the weekly chart, this represents a minus of a good half per cent. The tech index NASDAQ Composite also showed a similar – negative – trend, ending the day 0.94 per cent weaker at 10,363.18 points.

Next to corona and the tensions between China and the USA, the reporting season was still in the focus of traders. Intel, American Express and Verizon, among others, presented their figures for the past quarter.

The tensions between China and the USA, which have continued to build up, weighed on the Asian stock markets on Friday. The Chinese mainland stock exchanges and Hong Kong recorded significant losses. But Australia, India and South Korea also saw indices declining. In Japan, there was again no trading due to a public holiday.

European markets fell on the last trading day of the week. The EuroSTOXX 50 lost 0.66 per cent to 3,349.54 positions at the opening of the stock exchange and subsequently suffered further losses. In the end, the index fell by 1.80 per cent to 3,310.89 index units.

The Dax 30 slipped below the psychologically important 13,000 mark on Friday and ended the electronic trading two per cent lower at 12,838 points. The setback brings the leading German index a minus of 0.6 per cent for the week. The TecDAX slumped and ended trading 3.35 per cent lower at 3,048.92 points.

On Friday, the buying mood of investors was as if swept away. New concerns about the conflict between the US and China and the Corona pandemic depressed the mood. Strong purchasing manager indices from Germany and France were unable to cheer up investors.

The euro exchange rate rose on Friday to its highest level since September 2018. It thus continued its upward trend of the previous days. The ECB set the reference rate at 1.1608 (Thursday: 1.1569) US dollars.

Cryptocurrencies also continued their “the trend is your friend” movement higher up. Bitcoin gained 0.5 per cent to $9,560, while XRP increased by 1.3 per cent to $0.2080. Ethereum was even able to post another strong daily plus of 3.4 per cent to now $282.

PMI from many European countries saw a positive trend for July. The European Markit Composite PMI came out better than as expected (51.1) at 54.8, and so did the Services PMI 55.1 vs 51 expected and the Manufacturing PMI 51.1 vs 50 expected. Similarly, the PMIs from Germany and France came out stronger than expected as well.

The US housing market recovered strongly from the consequences of the corona crisis in June. New home sales rose by 13.8 per cent compared to the previous month, the Department of Commerce announced in Washington on Friday. Analysts had only expected an increase of 3.6 per cent. Sales had already risen by a revised 19.4 per cent in May (initially 16.6 per cent). In March and April, however, sales had declined significantly.

Buffett invests even more in Bank of America

Investment legend Warren Buffett has increased his position with Bank of America through his investment company Berkshire Hathaway. According to an announcement by the SEC, he invested around 800 million dollars in 34 million shares. This increases Berkshire’s stake in the bank to 11.3 per cent. Bank of America is the second-largest bank in the country.

Buffett buys countercyclically because the share price was under pressure recently. Investors fear high credit write-offs due to the corona-related economic crisis, which, however, burdens the entire banking sector. After Apple, the BoA shareholding is the second largest of the investing legend.