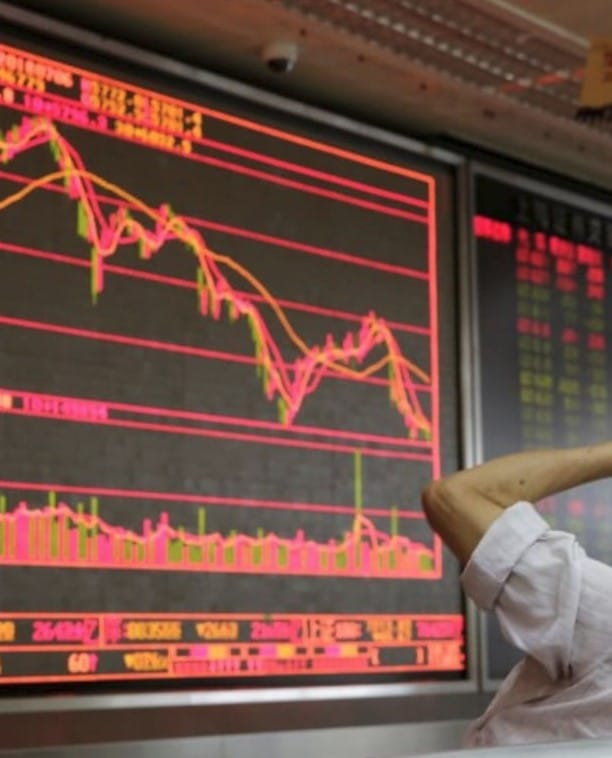 The tremors surrounding the Chinese real estate giant Evergrande kept investors around the world on tenterhooks all week. The company, which is heavily indebted with around 300 billion dollars, can hardly make its interest payments. On Friday, some investors in a dollar bond declared, according to insiders, that they had not received any money. A 30-day grace period is now running before a default occurs, they said. Evergrande shares, which are listed on the Frankfurt stock exchange, plummeted by around twelve per cent.

However, the Chinese government will prevent the company’s collapse from turning into an international financial crisis, according to market sources. The fact that Beijing has informed banks that the company will not make any interest payments this week is a sign that the government is taking measures to contain the impact on the global economy.

After the uncertainty about the highly indebted Chinese real estate giant Evergrande had eased somewhat, it revived again on Friday, especially at the beginning of US trading. Investors were concerned that Evergrande missed a deadline for an interest payment that was due. However, as trading progressed, the US stock markets managed to shake off some of the biggest concerns.

On the corporate side, sporting goods maker Nike was the focus of investors. Although Nike earned more than expected in the past quarter, sales missed the consensus estimate, and the company lowered its sales outlook.

There was no common trend in Asia today. After yesterday’s holiday, the trend was steeply upwards in Friday trading: the Nikkei benchmark index gained 2.06 per cent to 30,248.81 points in Japan. On the Chinese mainland, the Shanghai Composite closed 0.80 per cent lower at 3,613.07 points. Meanwhile, the Hang Seng slipped 1.30 per cent to 24,192.16 units in Hong Kong.

The crisis surrounding the tottering Evergrande real estate group continues to weigh. However, this is now being pushed to the back of the queue by market participants – according to Goldman Sachs, and it does not represent a systematic risk for the Chinese markets.

Investors on the European stock markets acted cautiously before the weekend. The EuroSTOXX 50 started Friday trading with a loss and remained in the red as the day progressed. In the end, it fell by 0.87 per cent to 4,158.51 index units.

The DAX opened the session weaker and remained in red territory throughout. At the end of trading, it was down 0.72 per cent at 15,531.75 points. The TecDAX slipped deeper into the red after starting with a small discount. It finally went into the weekend with a loss of 1.27 per cent to 3,901.55 points.

Europe’s monetary watchdogs also believe the impact of the Evergrande crisis on Europe is limited at the moment. “At the moment, we see it focused on China,” said European Central Bank (ECB) President Christine Lagarde in an interview with US TV channel CNBC. “For Europe, I can say that it is only directly affected to a limited extent.”

Meanwhile, the Ifo index fell from 99.6 to 98.8 points. So companies are now assessing their business situation somewhat worse again.

On the foreign exchange market, weak German economic data weighed on the euro. The euro was last quoted at 1.1715 US dollars, while in Asian business, it was still trading at 1.1750 dollars.

Oil prices continued their rise over the past few days on Friday. In the afternoon, a North Sea Brent crude barrel costs 77.87 US dollars, 62 cents more than the previous day. The US variant WTI moved up 47 cents to 73.78 dollars.

The “safe haven” gold was in demand again at the end of the week. One troy ounce of gold cost 1,753 dollars in the evening – 0.6 per cent more than the previous day.

China’s central bank once again unsettled investors in the crypto market. The People’s Bank of China declared all cryptocurrency activities illegal and banned foreign crypto exchanges from providing any services to customers in China. Offences would be severely punished. One has since stopped counting how often this “news” from China is announced periodically, but at least today, cryptocurrencies reacted sensitively. Bitcoin ultimately dropped 4.5 per cent to $42,500, while Ethereum shed 5.7 per cent to $2,920. Cardano held at $2.30, while other altcoins were dragged down together with BTC and Ether, often losing around 4 per cent. For example, XRP and Solana fell 4 per cent to $0.95 and $140, respectively. However, some digital assets even expanded their gains: LUNA added 14 per cent to $40, and Tezos (XTZ) even rose 16.2 per cent to $7.35.

Consumer prices in Japan did not fall in August for the first time in over a year. Higher energy costs and the impact of a tourism campaign appear to be the reason; government data showed on Friday. The consumer price index (CPI), which excludes fresh food and oil prices, came out of the negative territory for the first time since July 2020. Ministry data showed that nationwide prices were unchanged from a year earlier, reflecting a tug-of-war between rising energy costs and lower mobile phone charges. The result was in line with forecasts by economists polled in a Reuters poll, following a 0.2 per cent drop in July.

The business climate in Germany deteriorated in September more or less as expected, although the assessment of the current business situation deteriorated surprisingly. According to the results of its monthly survey, the Ifo Institute’s business climate index fell to 98.8 (August revised: 99.6) points. Economists surveyed by Dow Jones Newswires had forecast a decline to 98.5 points. A preliminary 99.4 points had been reported for August.