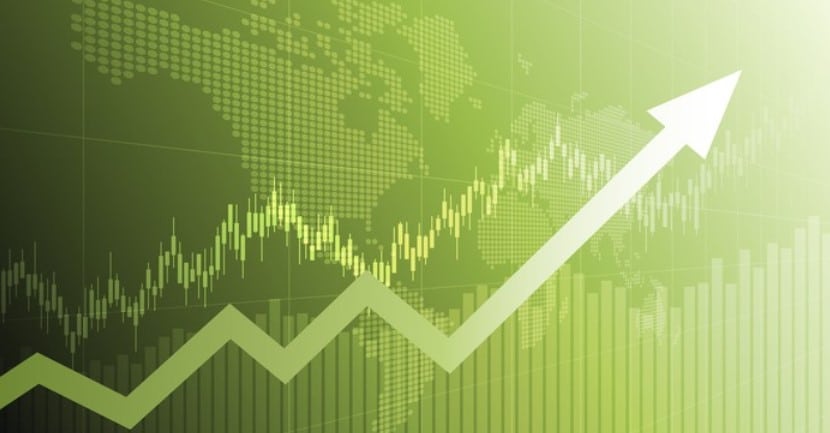 The stock market week ended on a positive note, with most major indices printing decent gains. Hopes of an early return to economic and social normality thus prevailed – corona concerns once again took a back seat.

Wall Street was friendly on the last trading of the week.

The Dow Jones moved on green terrain and picked up speed again late in the day. The US index closed at 33,072.45 points, up 1.39 per cent. The NASDAQ Composite tech index also closed with gains after a brief period of weakness. In the end, the plus amounted to 1.24 per cent, and the stock market barometer finished the week at 13,138.72 index points.

Among other things, prices were supported by better-than-expected US economic data. Another positive development was that US President Joe Biden doubled the vaccination target for his campaign. Instead of 100 million doses, 200 million doses are to be injected in the first 100 days of his term. This raises hopes among market participants for a quick return to a pandemic-free and recovering economy.

The Asian indices posted substantial gains on Friday. Japan’s benchmark Nikkei index ultimately climbed 1.56 per cent to 29,176.70 points. On the Chinese mainland, the Shanghai Composite recorded a gain of 1.63 per cent to 3,418.33 points, while the Hang Seng traded 1.57 per cent higher at 28,336.43 points in Hong Kong.

Strong support from the US and hopes for a quick economic recovery after the crisis was seen as boosters for the Asian indices today. However, tensions between China and Western countries kept the euphoria in check. However, according to some market observers, the so far rather symbolic sanctions against China should not have a significant economic impact. But the tensions between the USA and China are affecting the markets.

Europe’s stock markets also posted further gains today. After a friendly start, the EuroSTOXX 50 improved even further and finally went into the evening with a plus of 0.89 per cent at 3,866.68 points.

The DAX was able to extend its initial gain on the Frankfurt Stock Exchange in the further course of trading and closed 0.87 per cent higher at 14,748.94 points. This brought it significantly closer to its all-time high of 14,804.01 points. The same picture was seen on the TecDAX, which ultimately ended the day 0.93 per cent firmer at 3,380.89 points.

After the past few days’ price losses, some investors took the opportunity to enter the European stock markets. Positive conditions from the USA and Asia also drove the European stock markets. Thus, optimism spread through the market despite the still prevailing corona crisis. There was a shift into stocks that would benefit from it because of the expected global economic recovery.

The euro ended the week sideways at $1.1775, holding near its four-month low of $1.1761 hit yesterday. Overall, the greenback softened somewhat against most other major currencies as investors shifted towards a more risk pronounced sentiment.

Oil prices rose significantly on Friday. The Suez Canal, which was closed due to an accident involving a huge container freighter, remains a major issue on the crude oil market, but the blockade’s effects on the oil market are considered limited so far. On the one hand, experts point out that the demand outlook has recently clouded over with new Corona restrictions in many countries. The impending supply bottleneck is therefore being countered by relatively weak demand. Brent North Sea oil rose by 2.68 dollars to 64.63 US dollars per barrel. West Texas Intermediate light oil rose by 2.57 dollars to 61.13 US dollars. In the past few days, oil prices had fluctuated significantly in some cases.

The gold price also continued to rise today. Per troy ounce of the precious metal $1.732 were paid at the end of the week.

The positive market sentiment also supported cryptocurrencies, which are still seen as riskier investments. Bitcoin rose 3.1 per cent to $56,100, while Ethereum gained 2.2 per cent to $1,722. Bigger moves upward were seen for Binance Coin (+8.5 per cent) and Filecoin (+17 per cent), which is now trading at over $130 per coin.

In February, the British retail sector was able to recover a little from the slump at the beginning of the year. Sales rose by 2.1 per cent month-on-month, the statistics office ONS reported on Friday. Analysts had expected this growth. In January, sales had slumped by 8.2 per cent due to restrictions in the fight against the corona crisis. The year-on-year sales data also did not quite meet analysts’ expectations. The statistics agency reported a decline of 3.7 per cent for February, while economists had expected an average drop of 3.5 per cent.

The mood in the executive suites of the German economy brightened more than expected in March. The Ifo Business Climate Index increased to 96.6 points, the Munich-based Ifo Institute reported after its monthly survey of around 9,000 managers. This is the highest level since June 2019. Economists surveyed by Dow Jones Newswires had expected an increase to just 93.0 points.

Consumer spending in the USA declined slightly in February but is expected to rise again with the arrival of the stimulus packages. Incomes, meanwhile, fell sharply. Compared to January, spending fell by 1.0 per cent, according to the US Department of Commerce. Economists surveyed by Dow Jones Newswires had expected a 0.8 per cent drop. A revised plus of 3.4 per cent (preliminary: 2.4 per cent) was cited for January. For incomes in the US, the ministry reported a decline of 7.1 per cent. Economists had expected a decrease of just 7.0 per cent.

US consumer sentiment continued to brighten in March. The US consumer sentiment index calculated at the University of Michigan rose to 84.9 in the month-end survey from 76.8 at the end of February. This is the best reading in a year. Analysts surveyed by Dow Jones Newswires had expected a reading of 83.7.