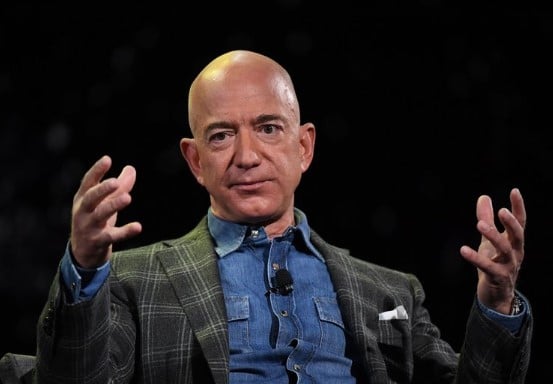 Disappointing figures from US companies burdened Wall Street on Thursday. On the day after the broad S&P 500 and Nasdaq indices set new records, all New York indices went down. The Dow Jones index closed 0.5 per cent lower at 27,140 points. The broader S&P 500 fell 0.5 per cent to 3,003 points. The composite index of the technology exchange Nasdaq lost one per cent to 8,238 points.

However, speculations about an imminent rate cut in the USA prevented significant price losses. On the stock market, it is considered certain that the Federal Reserve will cut the key interest rate by at least a quarter of a percentage point in the coming week.

Recovery after the crash?

After yesterday’s sharp drop, the equity market is likely to go higher this morning. However, investors should not expect an excessively large recovery for the time being.

According to the Dax indicators calculated by banks and brokers, the German benchmark index could open at around 12,400 points at the start of trading. This would correspond to a plus of 0.3 per cent compared to yesterday. The Dax had fallen by 1.3 per cent after ECB Mario Draghi had not promised enough new cheap money in the short term for the taste of the stock market.

Japan is going down on the last trading day of the week. The Nikkei index lost 0.6 per cent to 21,634 points shortly before the close of trading. In the currency market, the euro has been fluctuating between 1.1140 and 1.1150 US dollars for hours. The gold price fell to its weekly low and is currently trading around the $1,414 mark.

The world’s largest online retailer increased its net sales in the second quarter by around 20 per cent to 63.4 billion dollars. On balance, Amazon earned 2.63 billion dollars after 2.53 billion in the same period last year. At 5.22 dollars per share, the company fell short of market expectations of 5.56 dollars. Amazon is struggling with stiff competition from Walmart and is investing heavily in advertising and faster deliveries. The Amazon share fell by 1.6 per cent to 1,942 dollars in post-trading trading.

The Google parent company Alphabet exceeded the expectations of the stock market in the past quarter. Sales rose year-on-year by 19 per cent to 38.9 billion dollars, while analysts had expected an average of only 38.1 billion dollars. The quarterly profit reached around 9.95 billion dollars. A comparison with the same quarter of the previous year is tricky here: At that time, a multi-billion-dollar fine imposed by the EU Commission had pushed profits down to 3.2 billion dollars.

The Alphabet share gained more than eight per cent at times, according to post-trading figures.

Intel dares to do more

Chip manufacturer Intel is raising its sales forecast for the year as a whole to 69.5 billion dollars – from 69 billion dollars to date. In the past quarter, the Group recorded declines in sales and earnings – but performed better than expected. Overall, Group sales fell by three per cent to 16.5 billion dollars. Profit fell year-on-year from $5.0 billion to $4.2 billion. Intel also announced it would sell the majority of its smartphone modem business to Apple for $1 billion. The Intel share rose by more than five per cent in post-trading trading.

New drinks like the pink “Dragon Drink” are paying off for the Starbucks coffee house chain. The new offerings boosted business primarily in the USA and China. In this way, Starbucks increased sales in the third quarter by a good eight per cent to $6.82 billion. The profit increased to 1.37 billion dollars after approximately 853 million dollars in the same period of the previous year. Starbucks thus clearly exceeded market expectations. The share price rose by more than six per cent after trading. Starbucks delivered a strong performance in the past quarter and showed that its growth strategy is working, said Kevin Johnson, CEO of Starbucks.

In a US court case on the glyphosate weed killer, Bayer is able to avoid a billion-dollar fine. Judge Winifred Smith reduced the damages awarded by a jury to a couple with cancer to $86.7 million out of $2 billion. The judge did not accept Bayer’s request to waive the fine altogether. In a statement, the pharmaceutical and agrochemical group spoke of a step in the right direction, but announced an appeal against the ruling.