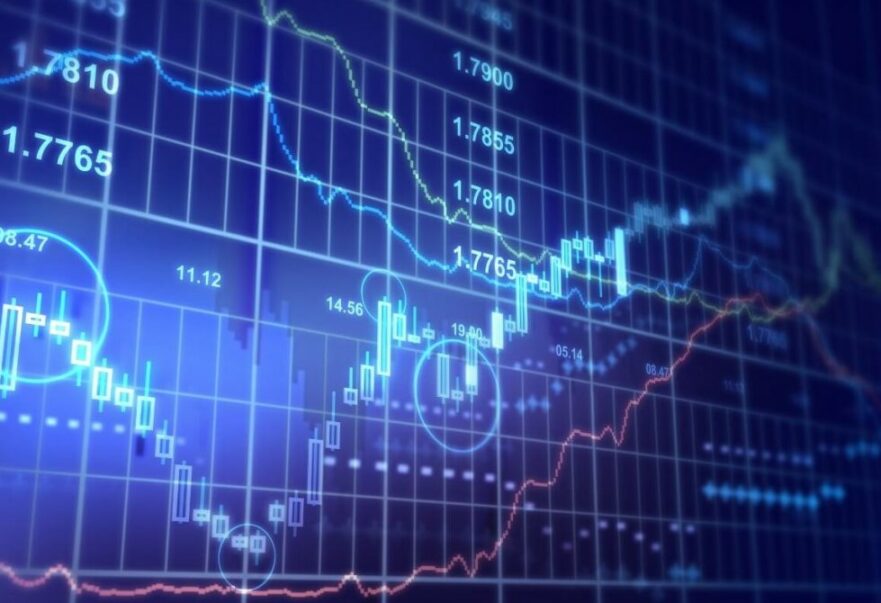 Moderate tones overall from Federal Reserve Chairman Jerome Powell on further monetary policy continued to fuel the US stock markets at the end of the week and, in some cases, drove them to new records. The vastly anticipated highlight of the stock market week brought both the market-wide S&P 500 index and the technology exchange Nasdaq further record highs.

Powell’s speech had already been considered a central topic on the financial markets for days. Although he held out the prospect of reducing Federal Reserve bond purchases before the end of the year, he remained unspecific and pointed to the dangers currently emanating again from governments concerning the coronavirus.

Investors in the US market also focused on the energy sector, which benefited from rising oil prices. Shares of Exxon Mobil and Chevron rose. Oil prices rose in the face of a hurricane warning for the Gulf of Mexico – the region makes up around 17 per cent of US crude oil production, and more than 45 per cent of refinery capacity is located along the coast.

The US indices were able to gain again after Jerome Powell’s Jackson Hole speech. The Dow Jones opened the session almost unchanged but then closed 0.69 per cent higher at 35,454.81 points. The NASDAQ Composite also posted gains after starting slightly higher. By the end of Friday trading, it had climbed 1.23 per cent to 15,129.50 index units.

For days, the speech by the US Federal Reserve Chairman at the central bank symposium had been the central topic on the stock markets. Jerome Powell was cautious: although he emphasised continued progress on the labour market, he described the current high inflation as only temporary. Market participants saw in his statements an indication that a reduction of the multi-billion bond purchases is not yet imminent.

On the corporate side, Peloton and Dell, among others, were in the focus of investors with their figures.

Asia’s major indices were unable to benefit from Powell’s speech before the weekend and showed mixed signs.

The Japanese benchmark index Nikkei went into the weekend with a loss of 0.36 per cent at 27,641.14 points. In mainland China, the Shanghai Composite closed with a gain of 0.59 per cent at 3,522.16 points. The Hang Seng ended the trading session barely moved at 25,407.89 points on Hong Kong’s stock exchange.

The USA provided weak guidance at the end of the week. Terrorist attacks in the Afghan capital Kabul caused uncertainty. On Thursday evening, several explosions were reported there in which US soldiers were also killed. In addition, investors were eagerly awaiting Jerome Powell’s speech at the virtual central bankers’ meeting in Jackson Hole.

Powell, however, spoke long after the Asian markets close.

Meanwhile, the Chinese central bank gave the banking sector a cash injection of around 6.6 billion euros on Friday – the largest since February – and thus created a good mood among investors in China.

The European stock exchanges posted gains before the weekend. The EuroSTOXX 50 fell marginally at the start of trading, then climbed into the profit zone and ended the day 0.51 per cent stronger at 4,190.98 points.

The German stock market also presented itself in a friendly manner once again. The DAX started the session little changed and ended 0.37 per cent higher at 15,851.75 points. Finally, the TecDAX ended the session with an increase of 0.89 per cent to 3,919.37 index units.

On Friday, stock exchange traders initially held back before the speech by US Federal Reserve Chairman Jerome Powell, for which they had been waiting all week. According to experts, expectations for the Fed chief had fallen somewhat after several Fed speakers had already expressed hawkish views.

The euro reacted with gains to Powell’s remarks on the foreign exchange market and even surpassed the 1.18 dollar mark at its peak. In US trading, the euro was ultimately trading at 1.1797 dollars, a good 0.4 per cent higher than yesterday.

Tropical Storm “Ida” drives up oil prices. In the Caribbean, a dangerous tropical storm is moving towards Cuba and the Gulf Coast of the USA. Several oil companies in the Gulf of Mexico have reportedly already begun evacuating their oil platforms and interrupting oil production. This, among other things, drove oil prices up further today. Both Brent and WTI oil rose by around $1.45 to $72.56 and $68.86, respectively.

The gold price has also risen against the weaker greenback and has overcome the psychologically important 1,800 dollar mark. In the evening, 1,818 dollars were paid for a troy ounce of gold, 1.4 per cent more than the previous day.

According to the IFO Institute, companies in Germany are becoming more active in their search for employees. The IFO Employment Barometer rose to 103.6 points in August from 102.4 points in July. The upswing in the labour market continues.

Germany is importing more and more inflation: Due to higher prices for oil, gas and other energy products, imports became more expensive in July than at any time in the last 40 years. They rose by 15.0 per cent compared to the same month last year, as the Federal Statistical Office reported on Friday. The last time there was a higher increase in import prices in September 1981 during the second oil crisis (plus 17.4 per cent). The strong growth, fuelled by the global recovery after the corona recession, surprised economists: they had only expected 13.6 per cent, after a plus of 12.9 per cent in June.

Consumer spending in the United States increased only slightly in July, despite incomes rising more substantially. Compared to June, spending rose by 0.3 per cent, according to the US Department of Commerce. Economists surveyed by Dow Jones Newswires had expected a gain of this magnitude. The muted spending growth suggests the recovery has lost momentum, whereas, for incomes, the ministry reported an increase of 1.1 per cent versus only 0.3 per cent expected.

According to the index calculated by the University of Michigan, the consumer sentiment in the USA deteriorated sharply in August. US consumer sentiment fell to 70.3 in the month-end survey from 81.2 at the end of July. Economists surveyed by Dow Jones Newswires had expected a reading of 71.0. It was 70.2 in the first survey in the middle of the month.