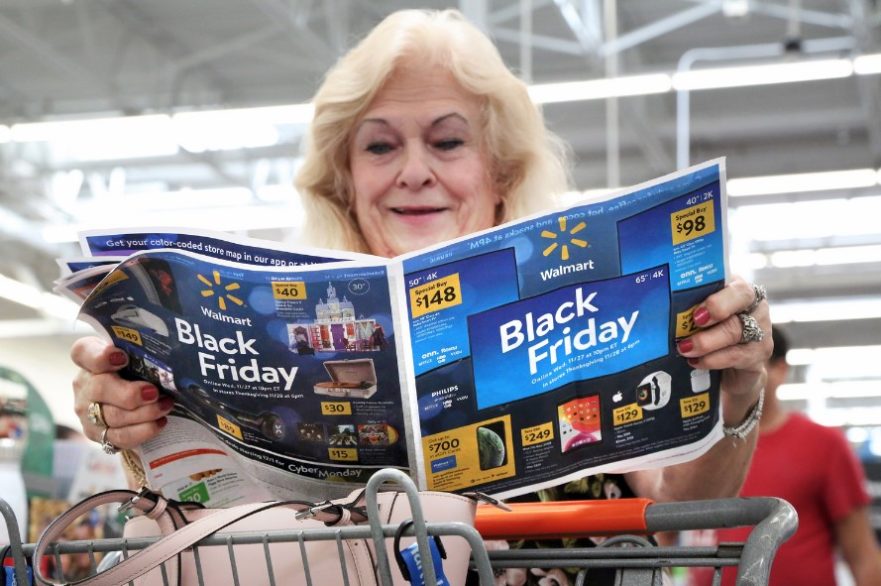 Investors can hope for the “Thanksgiving effect” next week. On Wall Street, the days before and, in particular, after Thanksgiving is characterized by abnormally high returns on a statistical average. On the stock market, the phenomenon is also well known under the keyword “holiday effect”. Today, there has often been a significant upturn, even though once again, there was no impetus from the USA.

After no trading had taken place on the US stock exchanges on Thursday due to the “Thanksgiving” holiday, Friday trading was ended three hours earlier than usual. Since many market participants in the USA usually take a long weekend for the Thanksgiving celebrations, trading remained rather quiet.

The lack of impulses from Wall Street also made itself felt on Friday on the Asian markets. Nevertheless, the markets managed to leap into positive territory late in the day.

It was positively received that US President Donald Trump has declared his willingness to leave the White House if the electoral college should appoint the Democrat Joe Biden as the new US President in mid-December. Investors, however, are concerned about the rampant corona wave. There was a lack of impulses from US trading, as the US stock markets closed on Thursday due to the Thanksgiving holiday.

The European stock markets were firmer before the weekend. The EuroSTOXX 50 left trading 0.73 per cent higher at 3,536.13 points.

The leading German index almost made up for its corona dent and on Friday reached its highest level since the end of February. In November alone, the leading German index has already gained a good 15 per cent – thanks to the vaccine hopes stirred up by BioNTech-Pfizer and Moderna. On Friday the Dax gained just under 0.4 per cent to 13,335.68 points. The TecDAX even gained 1.18 per cent to 3,121.99 points.

The Thanksgiving holiday on Thursday and the shortened trading on Friday meant that there was no impetus from Wall Street.

The Euro continued its high flight in the Forex market. The common European currency was traded at around 1.1948 US dollars and was at its highest level since early September. The dollar index fell to a multiweek low. Investors ignored the fact that economic sentiment in the eurozone deteriorated noticeably in November due to the worsening of the corona crisis and the imposed restrictions on public and social life.

Oil prices showed an uneven trend on Friday. While European oil cost 30 cents more than the day before, US oil traded lower. WTI, on the other hand, fell by 30 cents to 45.41 US dollars.

Gold continued its downward trend and was facing another fierce sell-off today. The price of the precious yellow metal fell on Friday by one per cent to below $1,800 a troy ounce, the lowest level since the beginning of September. This is a sign of the increased risk appetite of investors because traditionally gold is considered a refuge currency in uncertain times, but also high inflation. Gold plummeted as low as $1,775 per ounce before it recovered slightly and closed at $1,786 a troy ounce.

Cryptocurrencies further consolidated and stabilised, seemingly preparing for the next run-up. Bitcoin and Ethereum held steady at around $17,300 and $535 respectively, while XRP held strong at around the $0.55 mark.

The ifo employment barometer for Germany rose by 0.3 points to 96.7 points in November. “Slightly more German companies than in October are thinking about hiring new staff,” the institute announced. “For the time being, the second wave does not have any major negative effects on the German labour market. However, the development is very heterogeneous across the sectors.”

The prices of goods imported into Germany fell more slowly in October. According to the Federal Statistical Office, import prices on Friday were 3.9 per cent below the level of the same month last year. Analysts had expected a rate of minus 4.1 per cent. In September, import prices had fallen by 4.3 per cent.

Economic sentiment in the eurozone has been significantly depressed in November with the renewed corona restrictions. The composite index published by the European Commission to assess economic development fell to 87.6 points from 91.1 in the previous month. Economists surveyed by Dow Jones Newswires had expected the index to fall to 86.5 points. The indicator calculated for the entire European Union (EU) fell to 86.6 points from 90.2.

In the eurozone, the decline was caused by declining confidence in the retail trade, the service sector and among consumers. Sentiment in the industrial and construction sectors remained fairly good, recording comparatively mild downturns.

In the largest euro-area economies, the index fell in Italy (minus 8.7) and France (minus 4.8), while the losses were more contained in Germany (minus 2.8) and Spain (minus 2.0). The Netherlands bucked the trend with a noticeable improvement in sentiment (plus 1.0).

Hope for Brexit-Deal vanishes once again

The British pound sterling came under pressure on the foreign exchange market. This weekend the negotiations on a new trade agreement between the EU and Great Britain are to be continued in face-to-face talks. Prime Minister Boris Johnson spoke of substantial and essential differences that have yet to be overcome. EU chief negotiator Michel Barnier expressed similar scepticism.