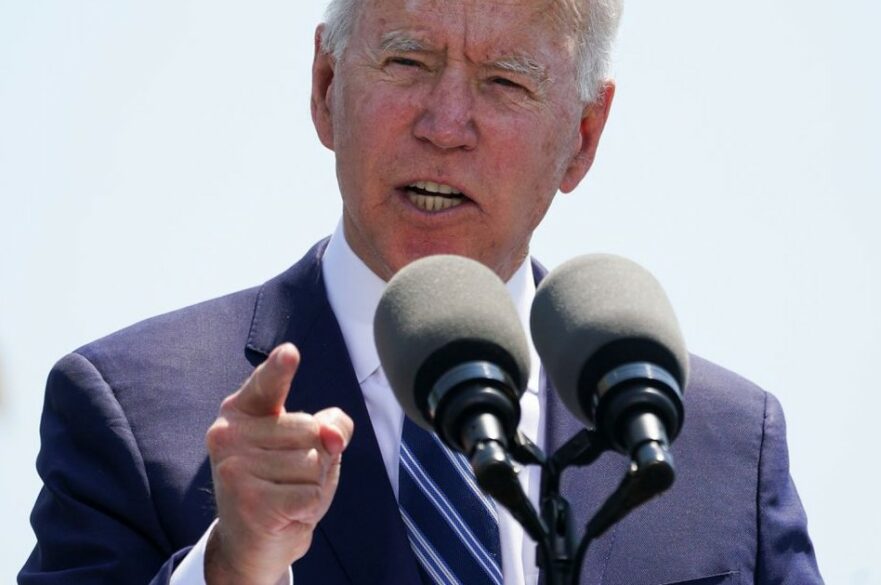 Today’s trading day was jam-packed with economic data. Overall, the data was mixed but primarily pointed to a robust economic recovery.

Additionally, US President Joe Biden presented the first full budget proposal of his term in office this evening, with a scope of six trillion dollars. The plan published on Friday foresees an increase in spending of almost 37 per cent compared to the 2019 budget, the last one before the coronavirus pandemic. The deficit is estimated at $1.8 trillion, up from $984 billion at the time. The total sum had already become known on Thursday and had triggered sharp criticism from the opposition Republicans.

Looking at macro data is becoming increasingly important for investors at the moment as they anticipate a possible turnaround in the Federal Reserve’s ultra-expensive monetary policy. These concerns have been overshadowing trading for a while now, following recent increases in inflation data. Investors are expecting further indications of US monetary policy from the “Beige Book” next Wednesday. In it, the Fed will publish its economic outlook. There will also be new data from the labour market later in the week.

The US stock markets moved slightly upwards on Friday before the extended weekend. The Dow Jones was friendly and gained 0.19 per cent to 34,529.45 points. The NASDAQ Composite was only marginally up, closing 0.09 per cent higher at 13,748.74 index points.

Risk appetite had risen somewhat among investors in light of fairly solid economic data, US President Joe Biden’s spending plans and expectations of continued very loose US monetary policy. The published draft budget said the 2022 budget of around 6 trillion dollars would see the US strengthen competitively by investing in infrastructure, education and research. The investments would create millions of jobs.

The Asian stock markets did not find a common direction on the last trading day of the week. By the end of trading, the Japanese benchmark index Nikkei had gained 2.1 per cent to 29,149.41 index points. On the Chinese mainland, however, the Shanghai Composite fell by 0.22 per cent to 3,600.78 points. The Hang Seng was ultimately up 0.04 per cent at 29,124.41 points.

On the one hand, US President Joe Biden’s budget plans had a supporting effect. According to press reports, Biden aims to spend 6 trillion dollars for the fiscal year 2022. Meanwhile, the topics of inflation and monetary tightening took a back seat. Good weekly labour market data in the US was also cited as a reason for gains.

On the other hand, the fact that several Chinese commodity companies had reduced their optimistic bets with futures – at the government’s request – had a negative effect. This was another sign of Beijing’s growing concern about rising commodity prices, it was said.

The European stock markets were firmer on Friday. The EuroSTOXX 50 opened the session marginally higher and closed 0.76 per cent stronger at 4,069.88 units.

Positive news came from the development of the corona crisis in Germany: the 7-day incidence has fallen below 40, which suggests further openings, allowing the economic recovery in Germany to pick up.

After a quiet trading period, the euro made up ground and traded just below the 1.22 US dollar mark again at $1.2194 in the US session.

Meanwhile, the decline in the value of the Turkish currency continues. On Friday, the lira’s exchange rate fell to record lows in trading with the US dollar and the euro. In the morning, one dollar cost up to 8.5981 lines, the highest price ever. For one euro, up to 10.4745 lines had to be paid on the forex market, also more than ever before. Turkey is currently in a spiral of comparatively high inflation and a currency that is depreciating more and more. In April, the inflation rate had climbed to just over 17 per cent.

Oil prices turned positive again. While a barrel of North Sea Brent rose by around one per cent to 69.65 US dollars, US WTI was up by around 0.4 per cent to 66.84 dollars.

The gold price presented itself as volatile throughout the day and fell as low as $1,882 before recovering sharply to end at $1,903 per troy ounce.

Import prices in Germany rose more strongly than expected in April. Energy prices, in particular, caused the highest annual rate of increase in over ten years. As announced by the Federal Statistical Office, the import prices index increased by 1.4 per cent in comparison to the previous month. Economists interviewed by Dow Jones Newswires had forecast an increase of only 0.8 per cent. Compared to last year, a price increase of 10.3 per cent was registered. This is the highest value since December 2010. Economists surveyed had expected a rise of 9.7 per cent. The development of import prices is seen as an indication of inflation in Germany, while export prices allow conclusions to be drawn about the global competitiveness of the German economy. The index of export prices was 0.8 per cent above the level of the previous month. Compared with last year, an increase of 3.3 per cent was registered.

Higher energy prices continue to drive inflation in France. In May, consumer prices (HICP) calculated according to the European method rose by 1.8 per cent compared to May last year, as the statistics office Insee announced in Paris on Friday. This is the highest rate since the end of 2018, development analysts had expected. In the previous month, inflation had been 1.6 per cent. Month-on-month, the price level rose by 0.4 per cent in May. Year on year, energy prices increased by 11.8 per cent in May.

Economic sentiment in the eurozone continued its robust recovery in May, exceeding expectations. Sentiment improved in the service sector in particular. The composite economic sentiment index released by the European Commission rose to 114.5 points from 110.5 in the previous month. Analysts had only forecast the index to rise to 112.8 points.

Consumer spending in the USA grew slightly in April, while incomes fell sharply. Compared to the previous month, spending rose by 0.5 per cent, according to the US Department of Commerce. Economists surveyed had expected a plus of this amount.

US consumer sentiment weakened significantly in May. The US consumer sentiment index, calculated at the University of Michigan, fell to 82.9 in the month-end survey from 88.3 at the end of April. Economists surveyed by Dow Jones Newswires had expected a reading of 83.0.

In contrast, the business climate in the Chicago region brightened surprisingly in May. The indicator rose by 3.1 points to 75.2 points, as the regional Purchasing Managers Association announced in Chicago on Friday. Analysts, on average, had expected a decline to 68.0 points.