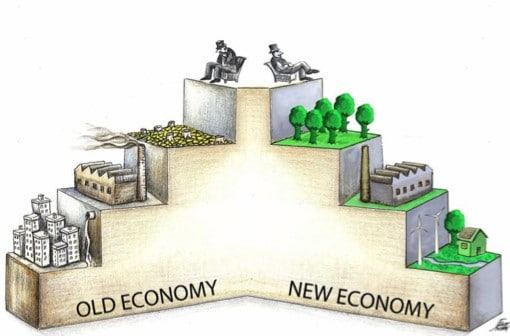 At the end of the week, Wall Street absorbed the initial shock after the weak Apple and Amazon figures. The focus is now already on the coming week, especially next Wednesday when the Federal Reserve (Fed) will decide on the future direction of interest rates. It is a foregone conclusion that the Fed will pave the way to reduce the multi-billion bond purchases.

Rather, investors will be looking at what Fed Chairman Jerome Powell will say in the further outlook. Powell has stated numerous times that the Fed is aiming for a cautious change in its monetary policy not to shock the markets. The markets have done well with this strategy, and there have been no major upheavals so far.

Before the weekend, the US stock markets achieved slight price gains. At today’s close of trading, the Dow Jones recorded an increase of 0.25 per cent at 35,819.56 points. The tech index NASDAQ Composite also received a slight push upwards and ultimately improved by 0.33 per cent to 15,498.39 points. The market-wide S&P 500 index, which includes both technology and standard stocks, also remained on its record course. It marked its best level at 4,608 points and closed slightly higher by 0.19 per cent at 4,605 points.

Friday was also dominated by the ongoing reporting season: disappointing quarterly figures from Amazon and Apple dragged the US stock markets down at times. The US retail giant missed market expectations in terms of profit and sales. Meanwhile, the company felt the impact of the chip shortage and was disappointed on the sales side.

The most important indices in Asia moved in different directions on Friday. In Japan, the Nikkei index was up 0.25 per cent at 28,892.69 points.

No consistent direction was seen in Asian markets on Friday. Weaker-than-expected business figures from US technology giants dampened the mood. In addition, the topic of inflation remained in focus, especially as uncertainty about the reaction of the central banks prevailed on the markets.

The European stock markets could not find a common direction on the last trading day of the week. The EuroSTOXX 50 started the day with losses but closed 0.39 per cent down at 4,250.56 points.

The business figures and outlooks of the “US big techs” Amazon and Apple had a negative impact. These were below expectations due to problems with the supply chain. In addition, after the ECB meeting the previous day, investors’ attention was now focused on the US Federal Reserve’s monetary policy decision next week.

The euro has retreated following today’s release of data on German gross domestic product as well as inflation and GDP in the eurozone. In the afternoon, the single currency extended its losses and is trading over one per cent lighter at 1.1555 dollars in US trading.

Oil prices fell slightly on Friday. Most recently, North Sea Brent cost 3 cents less than on Thursday, at 84.29 US dollars. WTI light oil from the USA fell by 14 cents to 82.66 dollars. Various representatives of the Opec+ oil association had made it clear that the agreed production increases would be maintained.

The gold price collapsed under a broad USD strength, falling over $30 at times and closing at $1,782 per troy ounce.

Cryptocurrencies continued to recover, and the second-largest digital asset by market capitalization, Ethereum and its native token Ether, even reached a new all-time high. Bitcoin ultimately gained 2.3 per cent to $62,300, while Ether rose 3.3 per cent to $4,415. Binance Coin added a whopping 8.7 per cent to $531, while other altcoins, such as Cardano, Solana and XRP, gained between 2 and 4 per cent. After yesterday’s brief consolidation, Shiba Inu turned bullish again and rose 8.3 per cent intraday.

In September, industrial production in Japan fell for the third month in a row due to supply chain problems. The Ministry of Economy, Trade and Industry (Meti) announced on Friday that the production of industrial enterprises fell by 5.4 per cent in September compared to August, based on preliminary data in Tokyo. The decline was thus higher than in the previous months and also than expected by experts. With the decline in September, industrial production in the third quarter fell more sharply than at any time since the height of the corona crisis last year.

The German economy grew slightly weaker than expected in the third quarter of 2021, albeit from an upwardly revised basis.

As the Federal Statistical Office announced in a first estimate, the price-adjusted gross domestic product (GDP) rose by 1.8 per cent compared to the previous quarter. It was 2.5 per cent above the level of the same quarter of the last year, adjusted for calendar effects. Economists surveyed by Dow Jones Newswires had forecast growth rates of 2.1 and 2.5 per cent. According to the statisticians, growth was mainly supported by private consumption.

Price pressure in the eurozone increased more than economists expected in October. The annual inflation rate rose to 4.1 (September: 3.4) per cent, as the statistics authority Eurostat announced in the first publication versus 3.7 per cent predicted.

The economy in the eurozone grew more robustly than expected in the third quarter. The gross domestic product (GDP) rose by 2.2 per cent between July and September compared to the previous quarter, as the statistics authority Eurostat reported in a first quick estimate. Economists surveyed by Dow Jones Newswires had predicted an increase of only 1.9 per cent.

Consumer sentiment in the USA weakened in October. The University of Michigan’s index of US consumer sentiment fell to 71.7 in the month-end survey from 72.8 at the end of September, versus 71.2 predicted.

Contrary to expectations, the sentiment of purchasing managers in the Chicago area brightened in October. The indicator rose to 68.4 points, according to the Chicago Purchasing Managers Association. In September, the index stood at 64.7 points. Economists had expected a value of 63.5 points.