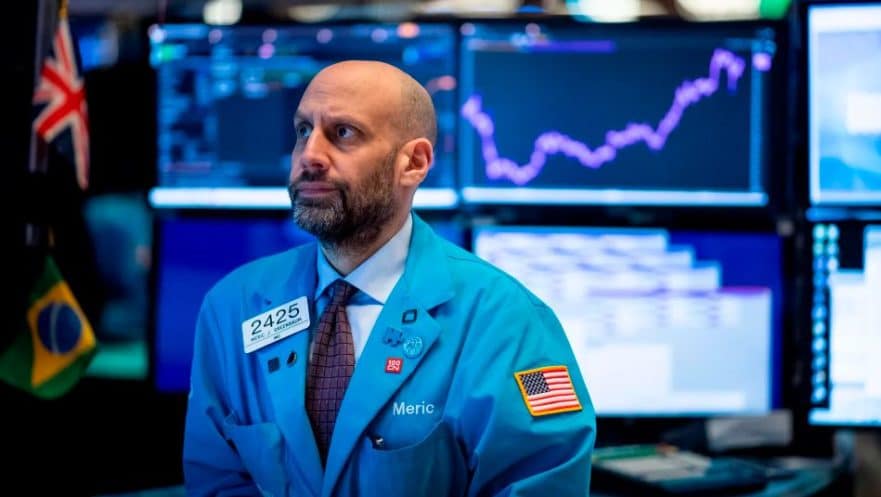 The markets continue their downward trend on Friday after the World Health Organisation (WHO) declared the coronavirus situation as a “health emergency of international concern”.

The epidemic continues to spread, and the number of patients has risen by 1,981 to 9,692 since yesterday, according to the Health Commission in Beijing. The number of deaths increased by 42 to 213.

Outside the People’s Republic, more than 120 infections have already been detected in about 20 countries. In Germany, the Bavarian Ministry of Health confirmed a fifth case on Thursday evening. The patient is an employee of the company Webasto from the Starnberg district, where the four previously known infected persons are also employed. The infection originated from a colleague in China, where now every province and region is affected.

Wall Street suffered heavy losses today. The leading index Dow Jones started the day with slightly higher prices and then turned negative, closing at 28,256.03 points, 2.09 per cent below its previous day’s level. The NASDAQ Composite tech stocks index recorded a marginal premium at the starting bell, but then gradually lost value, slipping by 1.59 per cent to 9,150.94 points at the end of trading.

Concerns about an economic slump rose again – and with it, risk aversion kicked in. The first case of a coronavirus infection also became known in the USA.

Thanks to the positive mood of US consumers, the retail sector was one of the very few sectors with markups, with a plus of 2.2 per cent. The reporting season was somewhat subdued, given the lousy mood on the stock market.

The Asian stock markets were restrained at the end of the week. In Tokyo, the Nikkei finally climbed by 0.99 per cent to 23,205.18 points.

The Hang Seng finally dropped by 0.52 per cent to 26,312.63 units, after initially trading in positive territory. There was no trading on the stock exchanges in mainland China during the whole of last week because the New Year celebrations were extended. Most recently, the Shanghai Composite fell 2.75 per cent to 2,976.53 the previous Thursday.

Investors in Europe’s stock markets hardly ventured out of cover on Friday and pressed the sell button.

The EuroSTOXX 50 started the day on green terrain but was unable to maintain its upward trend. It ended the day 1.35 per cent lower at 3,640.91 index points.

On Friday, the German stock market also finally went down again strongly. After the DAX had started the day with gains, the investors’ mood turned for the rest of the day and every single stock booked losses. In late trading, investors’ concerns grew so strongly again that the leading index passed the psychologically important mark of 13,000 points downwards. In the end, the index lost 1.33 per cent to 12,981.97 points. Also, the TecDAX finally also fell after a higher start. It started the weekend with a discount of 1.41 per cent at 3,061.72 units.

After the dreariness of the past trading days, the euro is recovering significantly and is currently trading at $1.1086. That is almost three-quarters of a cent higher than in the morning. At that time, the euro had still fallen to a daily low of $1.017. Traders explained the gains in the euro not with economic data, but with new positioning at the end of the month. The European Central Bank (ECB) set the reference price at 1.1052 (Thursday: 1.1029) dollars.

Oil prices turned into the loss-making zone on Friday in the day. However, oil prices were still slightly above their three-month lows reached on Thursday. A barrel (159 litres) of North Sea Brent crude last cost USD 58.07. That was 22 cents less than the previous day. The price of American WTI crude oil fell by 73 cents to 51.41 dollars.

Because of the current risk-averse situation, investors put more emphasis on traditional safe havens. Subsequently, the gold price climbed by almost 1 per cent to $1,589.60.

The cryptocurrency market booked a small correction this Friday after strong gains during the last few days. Bitcoin dropped by approximately 0.5 per cent to $9,420, Ethereum lost 0.2 per cent to $182, and XRP declined by 0.1 per cent to $0.2420.

As expected, the mood of purchasing managers in China’s large and state-owned industrial companies clouded over somewhat in January. The Purchasing Managers’ Index for industry fell to 50.0 points, according to the Chinese statistics authority. In December the sentiment indicator had been at 50.2 points. The purchasing managers’ index for the service sector, on the other hand, increased to 54.1 points in January, after 53.5 points in the previous month. Economists had expected only 53.0 points on average. On Monday, the indicator of the business magazine Caixin will be published, which measures the sentiment among small and medium-sized producers.

The French economy has surprisingly shrunk at the end of 2019. According to the statistical office Insee, economic output (GDP) in the fourth quarter was 0.1 per cent lower than in the previous quarter. This is the first contraction in just over three years. In contrast, analysts had expected growth averaging 0.2 per cent.

The Christmas business has not gone particularly well for the German retail trade. According to the Federal Statistical Office, sales in the sector in December were 3.3 per cent lower in real terms (adjusted for price) than in the previous month. This is the most substantial decline since mid-2007 when analysts had expected a much weaker decline of 0.5 per cent.

Overall, EU economic data were weak. The growth figures for GDP last year were disappointing. It only increased by 1.2 per cent compared to 2018, according to a first estimate released by the European Statistics Office Eurostat in Luxembourg on Friday. In 2018, growth had still amounted to 1.9 per cent.

At the same time, US economic data was mixed. Corporate sentiment in the Chicago region has fallen to its lowest level in over four years. The corresponding purchasing managers’ index fell by 5.3 points to 42.9 points in January, as the regional purchasing managers’ association announced in Chicago on Friday. This is the lowest level since December 2015. Economists had expected 48.9 points.

In contrast, the consumer confidence of the University of Michigan for January (second estimate) at 99.8 points was above expectations at 99.1 points. Meanwhile, private income and expenditure did not rise as strongly as expected in December, at 0.2 and 0.3 per cent respectively.