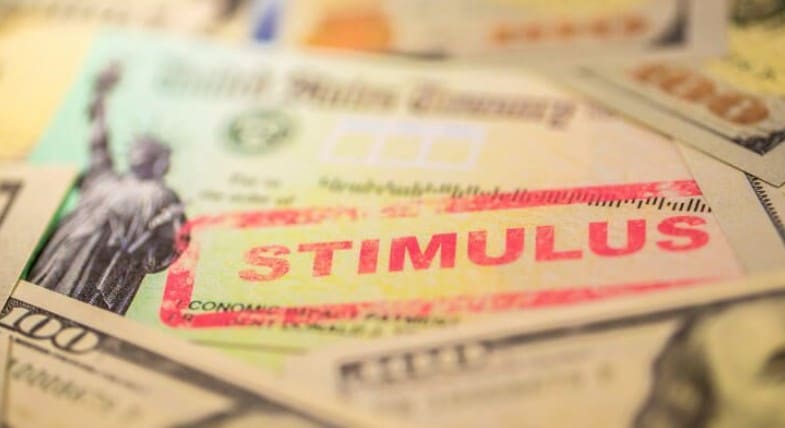 After the previous week’s losses, prices on Wall Street and many other stock exchanges rose significantly again today.

Especially US investors, who had recently been somewhat sceptical, returned to the market more confident at the start of the week. They gave all the major stock indices significant price gains. The market particularly welcomed the fact that the government’s trillion-dollar aid programme has now been set in motion with the House of Representatives’ approval. US President Joe Biden called on the Senate to quickly pass his proposed economic stimulus package against the corona crisis with a volume of 1.9 trillion US dollars. Biden’s Democrats and the Republicans each have 50 seats in the Senate. Still, Vice President Kamala Harris – who is also the chamber’s president – can cast the deciding vote in the event of a stalemate.

The Dow Jones opened Monday’s trading slightly stronger and ended trading 1.95 per cent higher at 31,534.98 points. The NASDAQ Composite also already started up and finally closed 3.01 per cent stronger at 13,588.83 index units. The S&P 500, which many fund managers use as a measure of performance (called a “benchmark” in stock market jargon), gained 2.4 per cent to close at 3,901 points.

After the US markets were marked by high bond yields and the resulting sharp pullbacks from the stock market last week, the signs were pointing to recovery today. Not only did US government bond yields recently fall again, but US President Biden’s Corona bailout package also provided positive impetus. On Saturday night, the US House of Representatives approved the 1.9 trillion US dollar economic stimulus package. The US Senate still has to give its approval, though.

Economic data on Monday also included the purchasing managers’ indices for the manufacturing sector from Markit and ISM for February: According to the data, the US industry may be growing, but the trend has recently been declining. “Another month of strong output growth suggests that US manufacturing is on the verge of making up for lost production due to last year’s pandemic,” IHS Markit chief economist Chris Williamson said, according to Dow Jones Newswires.

The Asian markets were also friendly at the beginning of the week.

In China, industrial sentiment had fallen more than expected in February. The Caixin Purchasing Managers Index fell to its lowest level since May 2020, but this only slightly weighed on the Shanghai stock exchange sentiment.

The focus in Asia was also on slightly falling US bond yields, which, according to experts, led to a countermovement on the stock markets at the start of the week after the recent losses.

European stock markets also rose significantly at the start of the week. The EuroSTOXX 50 already started the trading day higher and closed with a plus of 1.90 per cent to 3,705.64 points.

The DAX again jumped above the 14,000 point mark and ended the trading day 1.64 per cent higher at 14,012.82 points. The TecDAX also opened higher and traded 0.89 per cent higher at 3,376.11 units at the end of the day. Almost all 30 DAX stocks closed higher, with only Infineon and Continental trending slightly lower. MTU Aero was the day’s winner, benefiting from the prospect of lockdown easing. Bayer and Deutsche Post also rose disproportionately.

Good indicators from Asia and a slight easing in US bond yields pushed the European stock markets higher. Market participants also anticipate fresh money coming into the markets after the end of the month.

The euro fell slightly on the foreign exchange market and moved only a little in US trading on Monday. The common currency trades at 1.2050 US dollars about an hour before the close on Wall Street.

After initial gains, oil prices turned negative in the afternoon. The good mood initially drove prices on the stock markets. On the other hand, the stronger dollar, which made the commodity traded in the US currency more expensive for investors outside the dollar area, put some pressure on prices. North Sea Brent cost 63.31 US dollars per barrel in the evening, while WTI light oil fell back to 60.08 US dollars.

The gold price was initially on the upswing and climbed above $1,759 before falling back sharply to $1.720 per troy ounce in the evening.

After trending lower last week, cryptocurrencies started the week on a positive note. Bitcoin rose 7.7 per cent to $49,800, eyeing the important $50,000 mark. Ethereum gained 9.7 per cent to $1,585, while Cardano is taking a breather at $1,28 after reaching a new all-time high at $1.49 over the weekend. Overall, almost all top 100 digital assets by market capitalisation were green today.

Sentiment in China’s economy has dampened due to new restrictions in the Corona pandemic, the New Year holidays and rising commodity costs. In February, both the state purchasing managers’ index and the business magazine “Caixin” fell to their lowest level since May last year. Both indicators were also weaker than experts had expected. According to the National Bureau of Statistics in Beijing on Sunday, the Purchasing Managers’ Index (PMI) for industry fell to 50.6 points, a nine-month low. In January, the barometer had stood at 51.3 points. Economists had expected a decline but had estimated that it would not be as severe at 51 points.

The eurozone industrial sector recorded its strongest growth in three years in February. According to the IHS Markit Institute, the Purchasing Managers’ Index (PMI) for the sector rose to 57.9 points from 54.8 in January.

Driven by high foreign demand, the German industry once again recorded strong growth in February. The purchasing managers’ index surveyed by IHS Markit in this sector rose to 60.7 from 57.1 points. Economists had expected a level of 60.6.

Activity in the US industry weakened somewhat in February compared to the previous month. IHS Markit’s Purchasing Managers’ Index for the sector fell to 58.6 from 59.2. Economists had expected a reading of 58.5, which was in line with the first release.

Activity in the US industry accelerated in February. The Institute for Supply Management’s (ISM) manufacturing purchasing managers’ index rose to 60.8 from 58.7 the previous month. Economists surveyed by Dow Jones Newswires had forecast an increase to 58.9.