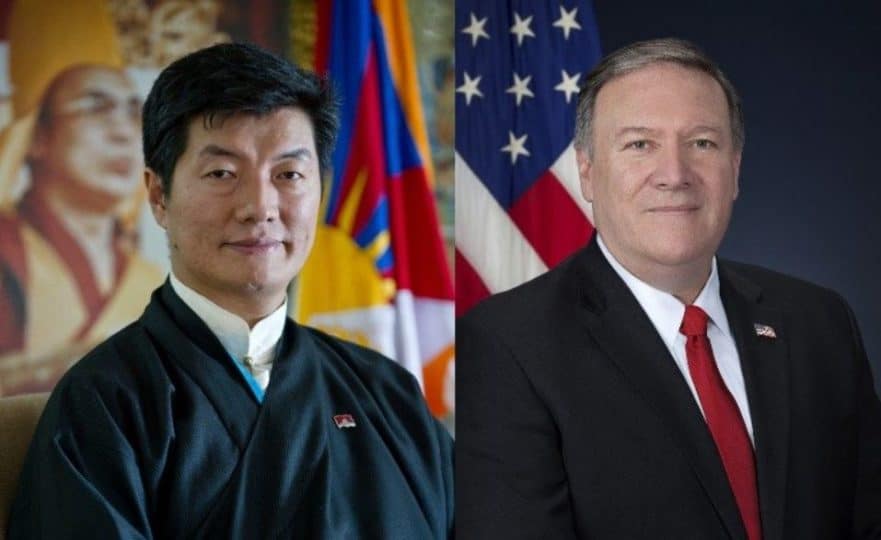 It’s been a reasonably quiet start to the trading week since many countries were celebrating the Whitsun long-weekend. Still, a few economic data releases found the interest of traders, but mostly the rising tensions between China and the USA came into the focus of investors.

There’s been an intensification in the “war of words” between government officials such as Mike Pompeo, Secretay of State for the United States, and Chinese officials. Bloomberg reports that Chinese government officials have told major state-run agricultural firms to halt purchases of certain American farm goods, including soybeans, as Beijing looks to evaluate the recent escalation in the conflict between the US and China.

Furthermore, the US are experiencing a widening of unrest within their borders after the death of an Afro-American man caused by brutal Police force.

On top of it all, we still have the COVID-19 situation, which is having a terrible effect on the global economy.

But guess what? Despite all these turmoils and unsettling news, the stock markets keep cheering and continue to move further up…

Despite the ongoing unrest within and outside the US, the US leading index Dow Jones was able to add 0.4 per cent and ended the NY session at 25,475 index units. The S&P 500 index also managed to edger a littler higher and closed with a plus of 0.4 per cent at 3,056 points. The Nasdaq Composite Index rose even by 0.7 per cent to 9,552 index units.

Major indices in Asia-Pacific edged higher on Monday. In Japan, the Nikkei 225 closed 0.84 per cent higher at 22,062 points. Shares of the index heavyweight Softbank Group jumped by 3.85 per cent.

Mainland China share prices also posted gains today, with the Shanghai composite up 2.21 per cent to 2,915.43 index units while the Shenzhen component increased by 3.31 per cent to 11,102 points. Hong Kong’s Hang Seng index also gained significantly, surging by 3.36 per cent on the day closing at 23,732 index units.

Data released by China’s National Bureau of Statistics showed factory activity expanding in May. The official manufacturing Purchasing Manager’s Index (PMI) came in at 50.6, a decline from the 50.8 print in April and below the 51.0 level expected by many analysts. Still, the figure for May came in above the crucial level of “50”, which confirms expansion in PMI readings. Readings below the “50” level point to a contraction in PMI activity. Furthermore, the Caixin/Markit manufacturing PMI for May came in at 50.7. Most analysts were expecting 49.6, according to Reuters.

Unexpectedly positive economic data from Italy strengthened the euro exchange rate for a short time. However, the euro gave up its gains in late trading. The European single currency traded at USD 1.1116 at noon. This was the same level as last Friday.

The riots in the USA after the death of a black man also burden the oil market. The prices of Brent and WTI barrels fell by 33 and 39 cents respectively.

The gold price continued its upward trend, currently confirming a rising channel which could further get the bulls attention. The precious yellow metal rose to a high of $1,744, closing the day with a gain of approximately 5 US dollars to $1,738.

The cryptocurrencies market continues to find more and more investors’ interest. Today, the total market capitalization rose from $267 billion to $282 billion. Bitcoin appreciated by 6.3 per cent and thus broke through the psychological $10,000 barrier again, currently trading at $10,050. Ethereum increased by 5.1 per cent to $246, and XRp gained 3.4 per cent on the day to $0.2110.

Global sales of smartphones down by a fifth

Global sales of smartphones declined sharply in the first quarter of the year as a result of the coronavirus crisis. According to a study by the US market research company Gartner, 20.5 per cent fewer smartphones were sold than in the same period last year.

The reasons for this were the initial restrictions and store closures, consumer reluctance and the temporary closure of factories for the production of smartphones in China.

Samsung remained the market leader in the first quarter with an 18.5 per cent share of smartphone sales, according to the survey. The South Korean company’s smartphone sales, however, declined by more than 22 per cent, it said. According to Gartner, the Chinese Huawei Group remained in second place with a market share of 14.2 per cent, despite a 27 per cent drop in sales.

Apple remained in third place with a market share of 13.7 per cent. According to the study, the US company’s smartphone sales fell significantly less than those of its competitors, namely by only eight per cent.

One day before the end of the current round of negotiations between the Argentine government and its creditors, the South American country has been assured help from the International Monetary Fund IMF.

In a statement on Monday (local time), the IMF found Argentina’s debt rescheduling offer “highly likely to be compatible with the restoration of debt sustainability”. According to the IMF, there is only limited scope to increase payments to private creditors and to retain the debt and debt service thresholds.

The Argentinean government now wants to consider “the possibility of additional adjustments”, according to a statement by Economy Minister Martín Guzmán. The government announced that it would extend the deadline for negotiations to June 12. Argentina wants to restructure loans totalling 63.3 billion US dollars. An initial offer by the government, which provided for a debt cut and a payment moratorium until 2023, was rejected by the major creditors. It was to be renegotiated.

After the deadline for an agreement had expired and Argentina was still heading for bankruptcy, the government in Buenos Aires extended the debt rescheduling offer again until June 2. South America’s second-largest economy is in a severe crisis. The inflation rate was recently over 50 per cent. For the current year, a decline in the economic power of 5.7 per cent is expected. The IMF had recently described Argentina’s debt as unsustainable.