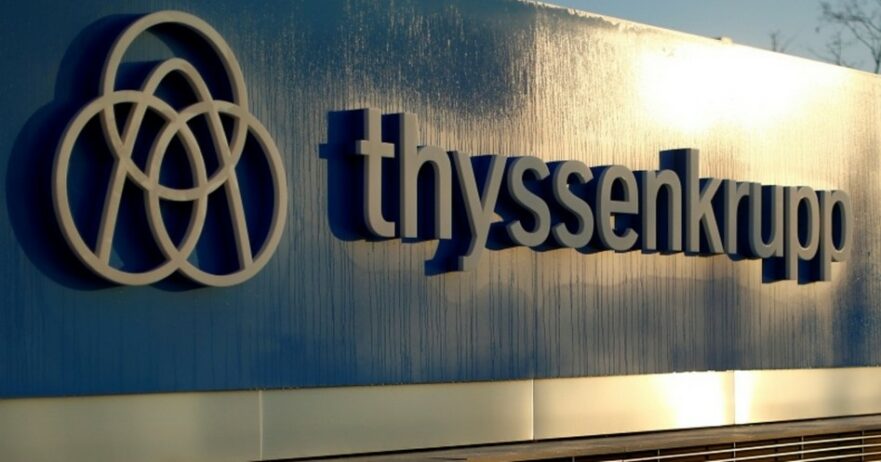 The US equity markets were robust in the run-up to the Federal Reserve’s interest rate meeting. The indices reached new highs today and maintained their gains. Stock exchange experts explained investors’ good mood, among other things, with confident statements by US Treasury Secretary Janet Yellen regarding the economic recovery from the Corona crisis.

Another mood booster today was the trade dispute settlement between the EU and the USA, which was announced at the weekend. Without this, punitive tariffs on US products such as whiskey or motorbikes would have become due on 1 December. Harley-Davidson shares gained more than eight per cent in US business. In Europe, steelmakers were among the favourites. The Thyssenkrupp share was one of the biggest winners in the MDAX, and competitor Salzgitter also gained.

At the beginning of the new stock market week, the US indices were friendly. The Dow Jones started Monday’s session marginally higher and was able to stay just in the green. At times, it managed to cross the 36,000 mark for the first time. At the close of trading, a small plus of 0.26 per cent remained at 35,913.84 points. The NASDAQ Composite tech index ended Monday trading 0.63 per cent higher at 15,595.92 points.

After the small setback caused by Apple and Amazon on Friday, investors were once again pleased with the otherwise well-run accounting season so far. According to Dow Jones Newswires, they were also supported by the fact that numerous companies reported high demand for products or services. The end of the tariff dispute between the USA and the EU also went down well with market participants.

In terms of economic data, figures on the US industry for October were published shortly after the starting bell.

In Japan, the market benefited from the results of the weekend general election. Prime Minister Fumio Kishida’s ruling party secured a majority of seats. Investors are now hoping for continued political continuity and further stimulus measures to contain the negative impact of the corona crisis, a market participant said. Prime Minister Fumio Kishida could now form a stable government.

Meanwhile, the Caixin Index performed better than expected in China.

The European stock exchanges were also friendly at the beginning of the week. The EuroSTOXX 50 was able to post small gains at the start of the trading session and then climbed to 4,291.81 points – a new high for the year.

The DAX opened firmer on Monday and then extended its gains, closing 0.75 per cent at 15,806.29 points. The TecDAX also went up after a barely changed start. It ended the first trading day in November 1.2 per cent higher at 3,869.04 points.

The euro gained moderately today in a calm environment on the foreign exchange market, recovering somewhat from the significant losses on Friday. During the US trading session, it narrowly surpassed the $1.16 mark again.

Oil prices started the new trading week with premiums on Monday. The latest price for a barrel of North Sea Brent for delivery in January was 84.72 US dollars, exactly 1 dollar more than on Friday, while the price of a barrel of American West Texas Intermediate for delivery in December rose by 75 cents to 84.32 dollars. Market observers explained the friendly start to the week with the positive mood on the stock markets. Riskier asset classes such as commodities benefited from this. The market also pointed to fuel reserves in China, which had fallen recently. The world’s second-largest economy could buy more on the oil market to replenish reserves, it was said.

The cryptocurrency market was again split in two. On the one hand, Bitcoin, Ethereum and some other major and mid-cap altcoins declined slightly or moved sideways, while other altcoins took off, posting partially significant gains. Bitcoin lost 1 per cent to $60,700, Ethereum declined by 0.5 per cent to $4,300, while Binance Coin improved by 3.2 per cent to $544. Cardano (ADA), XRP and Solana fell by 1-2 per cent, while Polkadot jumped up by 13 per cent to $48.80.

South Korea‘s exports have grown for the twelfth consecutive month. According to data released by the Ministry of Commerce on Monday, exports for October grew by 24 per cent compared to the same period last year. For the past eight months, South Korea’s export growth has been in the double-digit percentage range, up from 16.7 per cent in September. Imports for October were up as much as 37.8 per cent year-on-year. Nevertheless, South Korea’s economy recorded a trade surplus of the equivalent of 1.46 billion euros. The positive export data is mainly due to the high demand for semiconductors and petrochemical products. However, economists expect export growth to level off towards the end of the year.

In China, the mood among small and medium-sized industrial enterprises has surprisingly brightened in October. The sentiment indicator recorded by the business magazine “Caixin” thus provides a different picture than the state purchasing managers’ index for large and state-dominated industrial groups published on Sunday, which continued to fall. The “Caixin” index rose to 50.6 (September: 50.0) points in October due to improved domestic demand, the business magazine said in Beijing on Monday. Experts surveyed by Bloomberg had expected the indicator to remain at the previous month’s level.

Contrary to expectations, sales in the German retail sector fell sharply in September. As reported by the Federal Statistical Office, sales after deducting inflation fell by 2.5 per cent compared to the previous month. By contrast, economists surveyed by Dow Jones Newswires had forecast an increase of 0.6 per cent. On an annual basis, sales were 0.9 per cent lower in September, adjusted for prices.

Meanwhile, sentiment in the US industry dampened slightly in October. The ISM purchasing managers’ index fell by 0.3 points to 60.8 points compared to last month, as the Institute for Supply Management reported. Analysts, on average, had expected a more significant decline to 60.5 points.