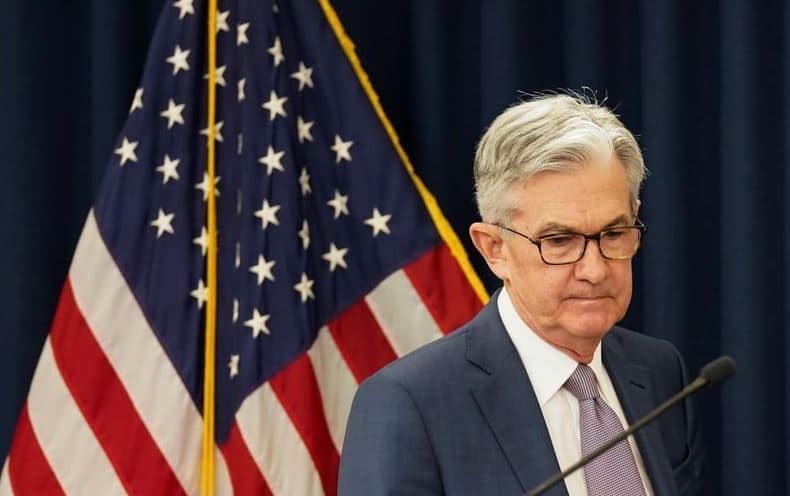 After the markets had been in a downward spiral last week, Monday was initially marked by a slight breather. The reason for this was provided by the Fed, which, with its hopes of a rate cut in March, gave investors a little more hope. In addition, other central banks also signalled that a further rate cut is likely to be imminent.

There is speculation about cooperation which is supposed to intercept the feared negative effects of the virus on the economy. The prospect of concerted action by central banks (and other supranational organisations such as the IMF and the World Bank) thus lured investors back to the market today.

On the New York Stock Exchange, the cops have now clearly asserted themselves. The Dow Jones, which initially also fluctuated more strongly, finally ended the day with a plus of a whopping 5.09 per cent at 26,703.26 index points. The NASDAQ Composite tech stocks index also continued to rise after a solid start, closing 4.49 per cent higher at 8,952.16 units.

The US economic data released on Monday did not give a consistent picture. While the ISM purchasing managers’ index dropped from 50.9 to 50.1 points in February, construction spending rose significantly by 1.8 per cent in January.

Experts had expected construction spending to grow by only 0.6 per cent. A value of 50.5 points had been expected for the ISM index.

The stock markets in Asia have recovered somewhat after the slump in the previous week. The Japanese leading index Nikkei 225 gained one per cent at the close of trading. The Hang Seng in Hong Kong recently rose by 0.86 per cent, and the CSI-300 index on the Chinese mainland stock exchange rose particularly sharply at 3.5 per cent.

While concerns about the coronavirus remain, investors are relying on further action by central banks to cushion the economic impact. For example, Japan’s National Bank provided additional liquidity to the national financial system. Weak economic data from China was thus pushed into the background.

Europe’s stock markets relinquished their initial markups at the beginning of the week. The EuroSTOXX 50 posted significant losses, but these were not sustainable. It closed the session 0.28 per cent higher at 3,338.83 units. It had previously started the new week with a plus.

The Dax 30 opened even higher but fell significantly into the red as the year progressed. By the end of trading, it had lost 0.27 per cent at 11,857.87 points. The TecDAX, on the other hand, was able to turn around into the profit zone by the end of trading. It ended the day 0.31 per cent higher at 2,857.55 points.

The euro exchange rate rose again on Monday, rising above USD 1.11. At its peak, the single currency rose to as high as $1.1185 and is currently trading slightly lower. This is the highest level since the middle of January. The European Central Bank (ECB) set the reference rate at 1.1122 (Friday: 1.0977) US dollars.

The euro is benefiting somewhat from robust economic data from the eurozone. Sentiment in the industrial sector brightened considerably in February. However, the recently increased spread of the coronavirus to Europe has hardly been reflected in the data collected from 12 February to 21st.

After their recent crash, oil prices have risen noticeably on Monday. Most recently, a barrel of North Sea Brent cost USD 50.86. That was $1.19 more than on Friday. The price of American WTI crude oil rose by 1.33 dollars to 46.09 dollars.

The price of the troy ounce of gold rose on Monday by around 0.6 per cent to $ 1,595. The precious yellow metal would profit from an imminent interest rate cut by the US Federal Reserve, as gold itself does not pay interest.

According to insiders, the US hedge fund Elliott Management is said to have joined Twitter and now wants to exert a significant influence on the company: it should meet CEO Jack Dorsey.

Elliott, known as an activist investor, plans to use the newly gained influence to change the corporate strategy of the short news service. In particular, a change is to be intended: Twitter CEO Jack Dorsey is supposed to be replaced, reports Bloomberg News regarding informed persons. The fund, behind which US billionaire Paul Singer stands, is said to have joined Twitter in particular because the management style of the group’s CEO and co-founder has been criticised.

Bloomberg also reports that Elliott Management is said to have proposed four board members for the Twitter board, with three seats to be awarded this year. In NYSE trading, Twitter shares climbed 8.04 per cent and closed at 35.87 US dollars.

The cannabis company Tilray presented its latest balance sheet on Monday after the US stock market closed and disappointed expectations. The EPS was -2.14 US dollars, after -0.330 US dollars in the same quarter of the previous year. Analysts had expected an EPS of -0.334 US dollars. Sales were estimated at $46.9 million, compared to $15.5 million in the same quarter last year. Experts had previously forecast sales of US$ 56 million for the fourth quarter.

The Tilray share currently loses 9.97 per cent to 13.82 dollars on the NASDAQ aftermarket.

The British airline British Airways (BA) has cancelled hundreds of flights to the USA and Europe due to reduced demand following the current virus outbreak. The airline announced on Monday that more than 200 outbound and return flights would be cancelled between 17 and 28 March, including to Germany, Italy, France, Austria, Ireland and Switzerland.

The London airports affected are Heathrow, Gatwick and City Airport. According to BA’s announcement, passengers will be able to choose between reimbursement and rebooking. For all flights booked between 3 and 16 March, the airline will waive the fees for a booking change.