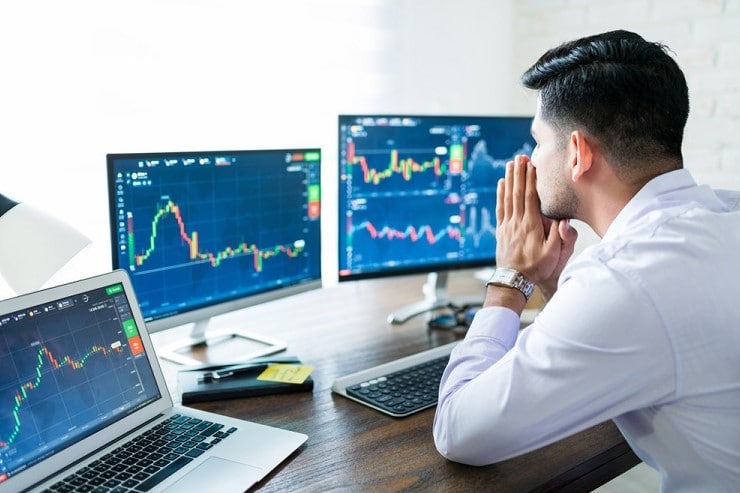 Between Hope and Fear

The new stock market month began on Wall Street as the old one ended – with new records. However, the good mood did not last long.

New economic data fueled concerns about the economy. For example, the mood in the US industry surprisingly clouded over in July. Another setback came from China, where growth in the Chinese industry fell sharply in July due to shrinking demand due to high product prices.

On the other hand, investors can be hopeful about a new infrastructure programme worth billions. The US Senate’s deliberations are apparently nearing completion.

On the first trading day of the week, the US leading index ultimately gave up interim gains and slipped into red territory. Although the Dow Jones was able to extend its small initial gain and even reach a new record high at 35,192.11 index units, the leading US index closed 0.28 per cent lighter at 34,838.16 points. The NASDAQ Composite also lost momentum but was able to save a small plus of 0.06 per cent at 14,681.07 points over the finish line.

Traders pointed to weak data across the board. After construction spending and the revision of the Markit Purchasing Managers’ Index for the manufacturing sector, the much-watched ISM index for the US industry in July also failed to meet expectations. This revealed that activity in the US industry slowed in July. Weak economic data was also reported out of China, where China’s Caixin Purchasing Managers’ Index for the manufacturing sector fell to its lowest level in 16 months.

US politics initially provided support. Shortly before its summer recess, the US Senate completed work on the bill for President Joe Biden’s historic infrastructure package. Hopes are rising in the market that the Senate will pass the bill in a few days. In addition, Fed representative Lael Brainard has ruled out monetary policy tightening immediately, holding out its prospect only in the medium term. But with the weak data, this outlook appears in a different light. Nevertheless, many market participants remain optimistic about the stock market.

Investors in Asia were in a friendly mood to start the new week. Observers spoke of a countermovement after the sharp downturn on Friday. The surprisingly good quarterly reports of US companies had strengthened hopes that the figures of Asian companies could also be convincing in the current accounting season.

Europe’s stock markets also secured slight gains today. The EuroSTOXX 50 was already in the green territory at the start of trading and ended 0.67 per cent higher at 4,116.62 points.

The DAX on the Frankfurt Stock Exchange ended trading 0.16 per cent higher at 15,568.73 points. However, intraday, the slump in Allianz shares of over 8 per cent weighed on the DAX. The TecDAX also began the new trading week in positive territory, although it also weakened at times. Most recently, however, it was able to regain its positive sign and close 0.85 per cent higher at 3,712.72 points.

The reporting season continued to provide some impetus for individual stocks in Europe. Meanwhile, Commerzbank pointed out that progress was being made in the USA in passing an infrastructure package. A draft is said to be available, which could be voted on this week.

The foreign exchange market was a real yawnfest this Monday. The euro last traded at 1.1883 US dollars after gains from the European morning trade were retraced.

After the disappointing Chinese economic data, oil prices came under significant selling pressure. Brent crude from the North Sea fell by 4.6 per cent to 72.77 dollars per barrel, while WTI oil also fell sharply to 71.57 dollars. When the world’s second-largest economy weakens, the outlook for the global economy darkens as well.

Similarly, cryptocurrencies traded sideways as well, with Bitcoin losing 1.3 per cent to $39,100. Ethereum, on the other hand, rose by 2.2 per cent to $2,605, and XRP gained 1 per cent to $0.74. Once again, ChainLink was the biggest daily gainer of the most prominent digital assets, with a price increase of 10.5 per cent to $24.

China’s manufacturing growth fell sharply in July as demand contracted due to high product prices. The Caixin/Markit manufacturing purchasing managers’ index (PMI) fell to 50.3 last month from 51.3 in June, the institute said on Monday, based on final data for its monthly survey. While the PMI marked the 15th month of expansion, it slipped to the lowest level since April 2020. The index missed analysts’ estimates, who had expected a slight slowdown to 51.1.

Turnover in the German retail sector developed much better than expected in June. According to the Federal Statistical Office, price-adjusted sales rose by 4.2 per cent compared to the previous month and were 6.2 (May: minus 1.8) per cent above the level of the same month last year. Economists had forecast a monthly increase of 1.8 per cent. Compared to the pre-crisis month of February 2020, turnover in June 2021 was 9.1 per cent higher in real terms, adjusted for calendar and seasonal effects.

Growth in the eurozone manufacturing sector slowed somewhat less than expected in July. As IHS Markit announced in a second release, the Purchasing Managers’ Index (PMI) for this sector fell to 62.8 (June: 63.4) points. Economists had forecast a confirmation of the first publication (62.6 points).

After five months in an upward trend, consumer sentiment in Germany clouded over again for the first time, according to a survey by the German Retail Association (HDE). The HDE consumer barometer fell slightly in August to a level of 100.38 after 100.80 in July and 97.65 in June, the HDE reported. The recently faltering vaccination campaign and rising Corona infection figures had contributed to the slight decline. The consumer barometer nevertheless remained close to its two-year high at a high level.

Sentiment in the US industry surprisingly deteriorated in July. The ISM Purchasing Managers’ Index fell by 1.1 points to 59.5 points compared to the previous month, as the Institute for Supply Management (ISM) announced in Tempe on Monday. Analysts, however, had expected an increase to 61.0 points.