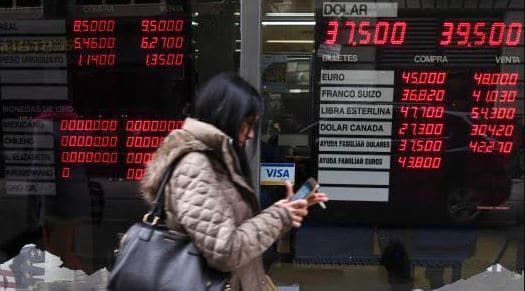 The statistically worst month of the year has started

The last summer month in Europe is generally regarded as a weak month for the stock markets. Statistically speaking, the “seasonality” here regularly falls. Price losses annoy investors in September with countable regularity. There are several reasons for this. But the hopes seem to be bigger than the fears this time. Also, in the new week, the eyes of the investors direct themselves to the Dauerbrenner trade conflict, Italy, Brexit and recession fears. After the prospect of a new Italian government and encouraging signals from China and the US last week led to a recovery in most global stock markets, quite a few experts believe it will continue in the short term.

However, the local stock exchanges in Europe will have to forego US support at the start of the week, as Wall Street will not be trading on Monday due to Labour Day.

Wall Street ended Friday with a mixed trend. While it initially looked like a continuation of the recent recovery, the indices lost their gains again in the course of the day. After all, they oscillated around the closing levels of the previous day.

The Asian stock exchanges did not find a common direction on Monday. One day after the entry into force of new US tariffs on Chinese goods, China’s CSI 300 mainland exchange rose 1.4 per cent to 3,851 points in its last trading hour. The fact that the recently weak industrial sentiment at least in medium-sized and smaller companies has been given a boost again was particularly well received in the Chinese stock exchanges.

The Hang Seng index in Hong Kong, on the other hand, suffered from renewed severe clashes between police and demonstrators. It was the 13th consecutive weekend of demonstrations in the autonomously administered Chinese Special Administrative Region. The displeasure is directed against the government in Hong Kong, against police violence, but also China’s communist leadership. With new troop transfers to the border and exercises by special forces, Beijing increased pressure on Hong Kong. In Japan, the Nikkei closed 225 down 0.4 per cent at 20,620 points.

Investors on the European stock markets are showing caution on Monday. The EuroSTOXX 50 is marginally firmer shortly after the opening of trading.

A mixed news situation is likely to put the brakes on the European stock markets on Monday. While on Sunday the new tariffs of the trading dispute parties China and USA came into force and further talks are hoped for, the British government has cancelled talks with No-Deal-Brexit opponents.

The German leading index Dax starts the new trading month with a slight plus of around 0.1 per cent to 11,960 points. Thus it continues the positive tendency of the past week. Experts, however, do not count on correct momentum.

The euro continues to move lower and is currently trading below the $1.10 handle. The Aussie is currently trapped in a tight range between $0.6710 and $0.6740 while the GBP/USD is continuing its downward movement towards $1.21.

The price of gold continues to move down. On Monday, the precious yellow metal will be traded for about 1520 US dollars. Oil prices are also recording renewed losses. Brent crude oil currently costs around $60 and WTI just below $55.

Crypto currency prices remained quite stable over the weekend. One Bitcoin still costs about $9,600, an Ethereum Token about $171 and an XRP $0.2550.

The online payment processor Wirecard has agreed on a cooperation with the mobile service provider Brightstar. In future, digital financial services are to be handled preferentially by Wirecard via the Brightstar platform, the Dax Group announced. Further possibilities for cooperation are being examined. “We expect a substantial transaction volume from this partnership,” Wirecard explained, without quantifying it more precisely. Brightstar belongs to the Japanese technology giant Softbank, which acquired a 900 million euro stake in Wirecard in the spring.

The review of the European indices is exciting for the two German groups Adidas and Deutsche Börse. The sporting goods manufacturer Adidas could make a leap into the Stoxx Europe 50 and Deutsche Börse could be lucky enough to be included in the Euro zone’s leading index, the EuroStoxx 50. Both would have to assert themselves within their respective industries and then rank among the top 40 companies on their admission lists.

The index provider Stoxx Ltd, a subsidiary of Deutsche Börse, will decide based on last Friday’s closing prices and will announce any changes this Monday evening. The resolutions will then take effect on Monday, 23 September, at the start of trading. Index changes are particularly crucial for funds that track indices exactly (ETF). There you will have to reposition and reweight accordingly, which can have an impact on share prices.

Shortly before the return of the British Parliament from the summer holidays, Prime Minister Boris Johnson cancelled a meeting planned for today with opponents of his Brexit course from his ranks. The signs in London are thus clearly pointing to a storm: when the parliament meets again for the first time on Tuesday, an unprecedented confrontation is expected. Johnson wants to lead his country out of the EU on 31 October without an agreement if necessary, the opposition and some rebels from the government faction want to prevent this at all costs.