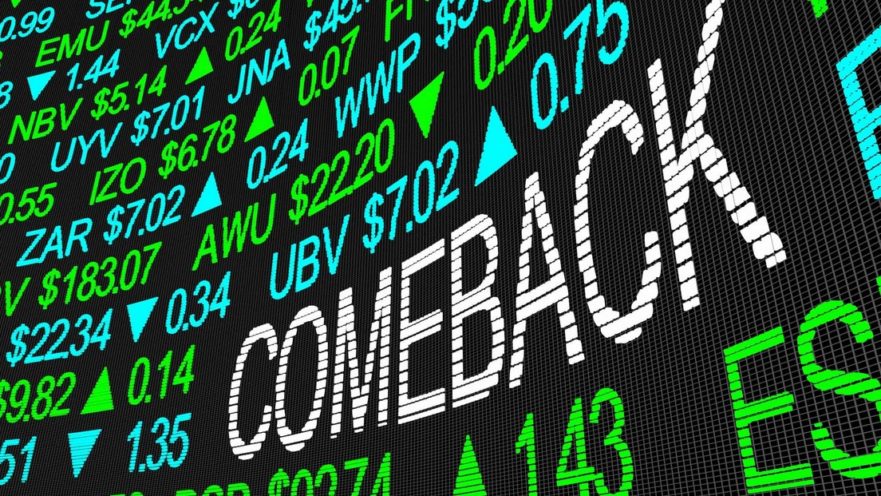 Remember: Come back in November!?

Today everything seemed the same as usual in November: investors returned to the stock market, and the old stock market wisdom “sell in May and go away – but remember, to come back in November” was yet again valid.

It remains to be seen to what extent this truism will prove true for the remainder of November this year, as numerous problems are still smouldering.

Already tomorrow there will be the big showdown with the US presidential election between Biden and Trump. The markets are preparing for a wild ride.

Of course, the many restrictive measures taken by many countries to combat the corona pandemic continue to cause headaches for investors and should not be underestimated.

Wall Street began trading on a friendly note on the first day of the new week and month.

One day before the US presidential election, Wall Street thus made an attempt to recover. Last week had been the weakest week for the Dow since the outbreak of the pandemic in March.

Investors had their eyes on the US elections as well as measures in Europe to curb the coronavirus. While this kept nervousness high, data from China provided parallel relief. Chinese industrial activity fell only slightly in October, less than expected.

November began positively on European markets, as is so often the case. The EuroSTOXX 50 rose strongly and finally ended the month with a profit of 2.07 per cent at 3,019.54 points.

On the Frankfurt Stock Exchange, the leading index Dax 30 was also able to stop its latest series of losses today and rose significantly. It closed 2.01 per cent higher in the evening at 11,788.28 index units. The TecDAX also increased its initial profit and ended the day 0.71 per cent higher at 2,833.49 points.

After a previous pitch-black week, investors were eager to buy. Better-than-expected economic data from China and the Euro-Zone provided a tailwind. Besides, important technical support from the charts was maintained, said the stock market experts.

At the halfway point of the current reporting season, there are signs that the decline in corporate profits in the USA and Europe is less severe than feared. The latest economic data have also been positively received. The revisions of the purchasing managers’ indices have been mostly good.

On Monday the euro exchange rate on the Forex market roughly maintained its slight lag from the European afternoon trading. In Europe, the single currency had weakened slightly following robust US economic data. Most recently, the euro traded at 1.1631 US dollars.

Oil prices fell slightly again on Tuesday but stabilised over the day. After the lockdowns in Europe had initially weighed on oil prices, speculation that Opec+ could prolong its production brake served as a supporting factor. A barrel of North Sea Brent cost 15 cents less at 38.82 US dollars. A barrel of West Texas Intermediate (WTI) was 8 cents less, at 36.73 US dollars.

The price for the precious metal gold increased significantly today. It rose from its daily low of $1,877 to $1,894 at Wall Street close.

The digital asset space was under heavy selling pressure, and many of the most popular cryptocurrencies lost 2 to 11 per cent on the daily chart.

US industrial activity increased in October compared to the previous month. The IHS Markit Purchasing Managers’ Index for this sector rose to 53.4 from 53.2 in the last month.

Sentiment in US industry brightened much more than expected in October. The ISM purchasing managers’ index rose from 55.4 points in the previous month to 59.3 points, the Institute for Supply Management announced in Washington on Monday. Economists had only expected an improvement to an average of 56.0 points.

Business activity in the euro area manufacturing sector continued to strengthen in October. The Purchasing Managers’ Index (PMI) for the industry rose to 54.8 points, according to a second release by the IHS Markit Institute.

German industry continued its strong growth trend in October. The purchasing managers’ index (PMI) for the sector rose to 58.2 points from 56.4 in the previous month, according to a second publication by the IHS Markit Institute.

The shares of the Südzucker subsidiary CropEnergies will replace the shares of Rocket Internet in the SDax from this Monday. The company, founded by the Samwer brothers, announced at the beginning of September that it wanted to withdraw from the stock exchange after a good six years. The capital market has lost its importance as a financing option for the company.

Volvo and Daimler to develop fuel cells together

The Volvo Group and Daimler Truck intend to develop fuel cell systems with a focus on heavy trucks.

The new joint venture will produce and market production-ready systems, both companies announced on Monday. In addition to trucks, the systems will also be offered for other areas. The Volvo Group will acquire a 50 per cent stake in Daimler Truck Fuel Cell for around 600 million euros. The transaction is expected to be completed in the first half of 2021, subject to the approval of the authorities.

At the beginning of June, Daimler announced the establishment of its subsidiary. Already at that time, there were plans to set up a joint venture with Volvo Group in the further course of the transaction.