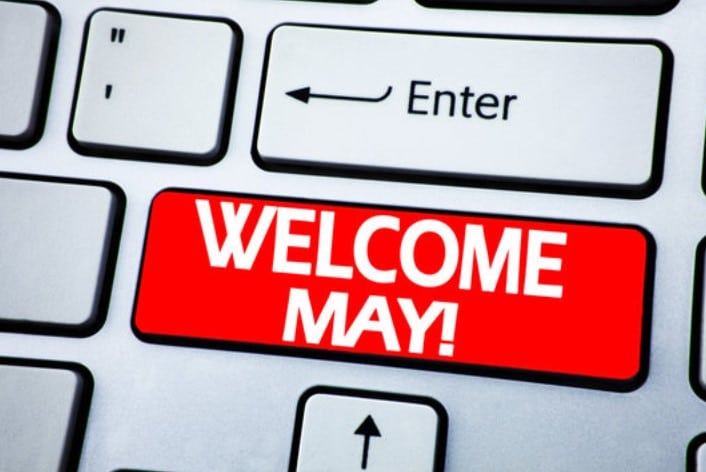 At the beginning of May, investors in Europe and the USA showed no fear of the statistically weaker stock market month. Not even disappointing economic data could dampen investors’ buying mood. Only technology stocks were avoided.

Investors are counting on the big economic upswing after the Corona crisis. They are given hope by German retailers, which in March recorded the most significant year-on-year increase in their revenues since the beginning of the pandemic. In addition, Corona case numbers stabilised in Germany and the Netherlands. In France and Italy, they were on a downward trend, he said. “This will allow the authorities to ease restrictions and accelerate economic activity,” some analysts believe.

The US stock markets did not find a common direction to start in May. The US leading index showed positive signs and ultimately gained 0.70 per cent to 34,113.23 points. The NASDAQ Composite, on the other hand, slipped into negative territory after a friendly start, losing 0.48 per cent at 13,895.12 points by the end of trading.

Investors are currently weighing up between an improving economy and the risks of rising inflation. Meanwhile, subdued recent economic data did not fuel fears of an imminent tightening of US monetary policy.

For example, the Fed’s Robert Kaplan warned against stock market exuberance while urging an early reduction in the Fed’s monthly bond purchases.

Market participants, however, continued to focus on the reporting season. At the weekend, Warren Buffett’s investment company, Berkshire Hathaway, presented its figures for the first quarter. On the economic side, the ISM index for the manufacturing sector was weaker than expected.

The Hong Kong stock exchanges headed south on Monday, while Shanghai and Tokyo were closed due to public holidays.

While trading was halted in mainland China and Japan, fast-rising corona case numbers in India and negative cues from the US weighed on sentiment on the open Hong Kong bourse. Shares of insurers and oil stocks were the main sellers.

On the European stock exchanges, on the other hand, investors took advantage on Monday. The EuroSTOXX 50 was already friendly at the start of trading and was able to extend its gains over the day. It went into the evening with a plus of 0.64 per cent to 4,000.25 index units.

The German stock market was also friendly at the beginning of the new month. The DAX rose at the opening and subsequently extended its gain. After interim losses, it climbed back into green territory and ended the session 0.66 per cent firmer at 15,236.47 points. The TecDAX also got off to a friendly start and remained in the profit zone as the session progressed. In the end, it gained 0.26 per cent to 3,512.19 points.

The reporting season gained momentum and kept investors busy: Siemens Healthineers opened its books for the past quarter in the pre-market. In addition, some European economic data were on the agenda. For example, industrial sentiment in the eurozone rose to a record high.

There was talk of a quiet start to the week, partly because trading was quiet in London due to a public holiday and partly because there was a lack of further impetus. Meanwhile, the slight downward revisions of the purchasing managers’ indices from Germany, France and the eurozone caused only little reaction – given the vaccine campaigns, investors would continue to bet on fast economic recovery. Recent strong corporate figures had reinforced optimism.

After its recent weakness, the euro found its way back up on Monday. In New York trading, the common currency last cost 1.2062 US dollars on the forex market. The dollar was weighed down by moderate economic data from the world’s largest economy. As the ISM Purchasing Managers’ Index showed, sentiment in the US industry surprisingly deteriorated in April and did not improve as analysts had expected.

The prospect of a strong recovery in demand in the USA and China dispels concerns in the oil market about the rapidly rising corona infections in India. Brent crude from the North Sea recovered initial losses and rose 1.4 per cent to 67.69 US dollars a barrel. US WTI oil costs 1.6 per cent more at 64.57 dollars per barrel. At midday, oil prices had still been falling.

The price of gold also increased strongly today, rising over $26 per troy ounce to $1,793.

The most important cryptocurrencies took different directions, with Bitcoin falling 3.9 per cent to $55,800, while Ethereum pumped again, increasing by 6.6 per cent to $3,240. Ethereum reached one new record high after another in late US trading, climbing as high as $3,400. XRP dropped sharply by 8 per cent to $1.48 a coin, while Dogecoin gained 7 per cent to $0.41.

Turnover in the German retail sector far exceeded expectations in March. As the Federal Statistical Office announced based on provisional data, sales after deducting inflation rose by 7.7 per cent compared to the previous month. This is the second strongest increase since the beginning of the restrictions due to the Corona pandemic in Germany – in March 2020, many shops were closed in the second half of the month.

German industry also continued to boom in April despite massive supply problems and cost increases. The Purchasing Managers’ Index surveyed by IHS Markit in this sector fell slightly to 66.2 points. This is the second-best reading since data recording began in 1996, after the record high in March (66.6). Economists had expected a reading of 66.4.

Industry in the eurozone marked its second record in a row in April. According to the second release by the IHS Markit Institute, the Purchasing Managers’ Index (PMI) for the sector rose to 62.9 from 62.5 points in March. This is the highest value since the survey began in June 1997.

Activity in the US industry surprisingly slowed in April. The Institute for Supply Management’s (ISM) manufacturing purchasing managers’ index declined to 60.7 from 64.7 in the previous month. Economists surveyed by Dow Jones Newswires had forecast an increase to 65.0.