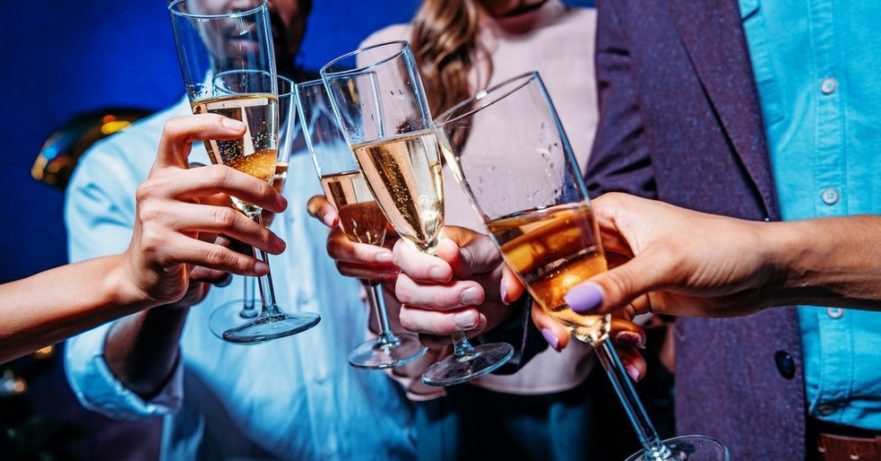 The new year started almost as the old one ended: with multiple new all-time highs. No matter if we talk about NASDAQ or Bitcoin, many assets rallied to ever new highs not only yesterday, but within the past couple of days as, for example, cryptocurrencies also trade on weekends.

However, fear of a victory of the Democrats in Georgia’s run-off election caused the US stock markets to slide later on Monday.

The upcoming by-election for the US Senate in Georgia caused uncertainty among investors. Should the Democrats win a majority there as well, President-elect Joe Biden could rule through and push through more radical policies – for example with regard to higher government spending or limiting the power of US technology corporations. This would definitely not be a desirable scenario for the markets.

Tighter regulation of the oil sector would also be on the cards if the Democrats win. In the end, this could lead to higher oil prices and new volatility on the stock market, experts suspect.

Beyond the uncertainty factor Georgia, which put pressure on Wall Street prices at the beginning of the week, and thus also here in Germany, the outlook for equities remains good given the glut of money from the global central banks.

There is still great relief on the market about the vaccination campaigns that have started. The European Medicines Agency (EMA) is set to decide on Wednesday whether to recommend the Moderna vaccine. Meanwhile, in the UK, a human has been vaccinated for the first time with AstraZeneca’s vaccine.

Virologists have high hopes for the vaccine. It is not dependent on such a sophisticated refrigeration and logistics chain as Biontech’s vaccine, but can be stored at room temperature and can also be used in GP practices without any problems.

The US stock market thus ultimately greeted the new stock market year with deep red omens. The Dow Jones opened 0.06 per cent firmer at 30,627.47 units, but slipped deep into the red as it progressed and finally ended the day 1.25 per cent down at 30,223.89 points. The NASDAQ Composite started 0.54 per cent higher at 12,958.52 points, recording yet another new all-time high but was also unable to hold these high levels. At days end, the stock market barometer closed 1.47 per cent weaker at 12,698.45 points.

One of the significant reductions after the initial euphoria was profit-taking after the markets had recently marked new records. In addition to the high price level, the uncertainty surrounding the Senate elections in the US state of Georgia proved to be a burdening factor. This is where the political majority in the second chamber of parliament will be decided.

The majority of the Asian stock exchanges were firmer on Monday. Only the Japanese benchmark index Nikkei fell by 0.68 per cent to 27,258.38 points by the end of trading. On the Chinese mainland, the Shanghai Composite was 0.86 per cent higher at 3,502.96 points. In Hong Kong, the Hang Seng ultimately gained 0.89 per cent to 27,472.81 index points.

Analysts at Central China Securities are upbeat: they expect the positive momentum to strengthen in the coming weeks, with corporate results for the first quarter of the year also expected to show solid growth as China’s economy picks up. Furthermore, the geopolitical environment seems to be improving – last week China and the EU reached an agreement on an investment treaty.

The majority of the European stock exchanges went up on Monday. The EuroSTOXX 50 moved clearly into the profit zone at the beginning of the week and left the session 0.39 points firmer at 3,566.58 points.

Germany is making slow progress with vaccinations after teething problems. Nevertheless, it is likely to take months before only the people most at risk are vaccinated. Ahead of new federal-state talks, it looks like the lockdown will be extended – though the states could take different lines after talks with Chancellor Angela Merkel on Tuesday. Meanwhile, activity in the German industry grew more strongly in December than in the previous month.

Investors also focused mainly on the numerous purchasing managers’ indices worldwide at the start of the week and the new year. Eurozone manufacturing activity did not rise as much as expected in December.

The euro was friendly on the Forex market on Monday. After reaching a high since April 2018 of over 1.23 US dollars, the common currency was still worth 1.2250 US dollars in late New York trading.

The oil cartel OPEC and its ten cooperation partners (OPEC+) continue to disagree on a possible increase in production from February. The six-hour consultations on Monday initially remained without a result. The talks are to be continued in Vienna on Tuesday. The price of a barrel of North Sea Brent crude was nevertheless quoted 0.1 per cent higher in the evening at 51.42 US dollars.

Meanwhile, investors in the cryptocurrency market were taken on a massive roller coaster ride. Bitcoin initially rose to a record high of 33,867.50 dollars on Monday morning before profit-taking set in. This pushed the oldest and most talked about digital asset below 28,000 dollars at times before it rallied back above the 31,000 US dollar mark. Ethereum also gained a lot of traction rising to over $1,100 per coin at times, ultimately adding roughly 10 per cent to $1,030. Litecoin and XRP are currently fighting for the number 3 spot in the cryptoverse, both gaining approximately 5 per cent to $152 and $0.2330 respectively.

Activity in the eurozone grew slightly less than previously expected in December. The manufacturing purchasing managers’ index rose to 55.2 points in a second release from 53.8 in November, according to IHS Markit. That was the highest level since May 2018. Economists surveyed by Dow Jones Newswires had forecast a confirmation of the first release of 55.5.

Meanwhile, sentiment among industrial companies in the eurozone brightened again in December, pointing to stronger growth. The Purchasing Managers’ Index for industry surveyed by the market research institute IHS Markit rose by 1.4 points to 55.2 points compared to the previous month, as the institute announced on Monday after a second estimate. After a damper in November, the sentiment indicator was thus able to continue the upward trend after the historic slump last spring.

The German industry’s activity grew more strongly in December than in the previous month, but somewhat more weakly than initially assumed. IHS Markit’s Purchasing Managers’ Index for the sector rose in its second release to 58.3 from 57.8 points in November. Economists and analysts though had expected confirmation of the first release of 58.6 points.

In China, the mood of smaller, mostly private industrial companies has also deteriorated recently. After the official government indicator fell last week, the indicator of the business magazine Caixin also declined at the start of the week. It fell by 1.9 points to 53.0 points in December’s reporting month, as Caixin reported on Monday.

The US electric car manufacturer Tesla delivered more cars than ever before in the last quarter of the year.

With sales of 180,570 cars, the previous record of just under 140,000 from the third quarter was again clearly exceeded. For the year as a whole, Tesla was able to increase sales by 36 per cent to 499,550 cars and thus almost fulfil its own target of half a million vehicles delivered.

In NASDAQ trading, Tesla shares temporarily gained 4.60 per cent to 737.06 US dollars.