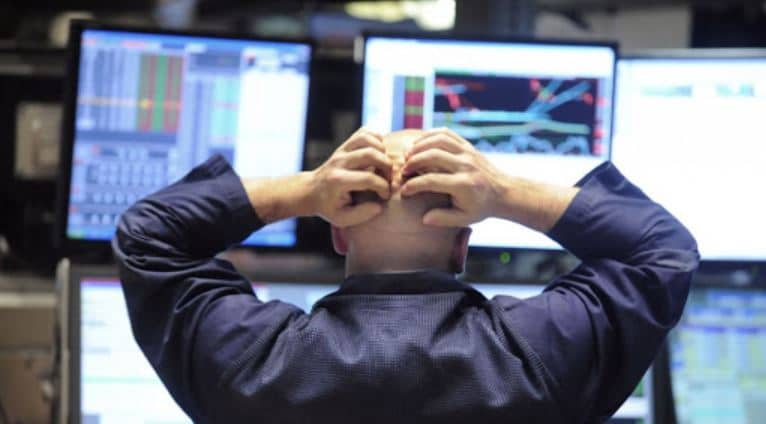 Following a sobering economic forecast by the ECB and a renewed intensification of the dispute between the USA and China, the hangover could continue at the beginning of the first week of May. It remains to be seen whether important data from the industry will ease or aggravate investors’ headaches. Besides, 9 of the Dax 30 companies will publish their quarterly figures at once.

With economic data due to be released in the week of May 4th to 8th, the market will likely focus on the impact of the corona crisis on the industrial sector. In Germany and France, for example, data on industrial production (Thu), new orders (Wed) and the purchasing managers’ index (Tue) will be published. The Sentix business cycle index (Mon) is also the first leading indicator for May.

Overall, the growing tensions between the USA and China weigh on the markets once again. In an American intelligence paper, China is accused of having covered up the outbreak of corona disease. In addition, the US government is speculating whether the virus could come from a research laboratory in the Chinese city of Wuhan. Because of this, US President Donald Trump has again threatened to wage a trade war and impose new punitive tariffs.

No matter if tactics and bluffs from Pompeo and co., the markets are returning to a risk-off mode at once.

The US leading index was initially significantly weaker in Monday trading but was able to close somewhat firmer in the end.

On Wall Street, the Dow Jones initially went down for a long time in the Monday session. Only in late trading was the US leading index able to climb above the zero line, where it closed 0.11 per cent firmer at 23,749.76 points. The NASDAQ Composite also started lower and closed the session 1.23 per cent stronger at 8,710.71 points.

Already last Friday, the White House sound had become brisker and had burdened Wall Street with their negative sentiment towards China. This trend continued today and has also pulled other global markets down.

Although trading in China and Japan was suspended, the tense sentiment between the US and China continued to weigh on investors’ minds. It is feared that the increased rhetoric between the two nations could make a quick economic recovery in Asia difficult. Also, fears of a new outbreak of the Sino-American trade conflict have been rife, as the US president has threatened to impose new punitive tariffs.

The European stock markets went deep down on Monday. The EuroSTOXX 50 had already posted a loss at the opening of the stock exchange, then declined even more sharply in the further course of the day and finally fell 3.81 per cent to 2,816.48 index units.

The euro rate defended the 1.09 dollar mark in US trading on Monday. After a short undercut, the common currency, the euro, was last quoted at 1.0904 US dollars. In Asian trade, however, the exchange rate had been considerably higher.

The bottom line is that oil prices moved only slightly off course on Monday. A barrel of North Sea Brent last cost USD 26.66, roughly the same as on Friday. The oil price for a barrel of US West Texas Intermediate (WTI) was also little changed at just under 20 dollars.

Also, the gold price has hardly changed on the bottom line today. The price board showed $1,703 an ounce at the close of trading.

US airlines under pressure

In New York, the shares of airlines such as Delta, American, Southwest and United are experiencing a black day, in some cases with double-digit percentage discounts. The holding company Berkshire Hathaway of the investor Warren Buffett had announced over the weekend that it would be divesting its respective holdings. The industry was hit hard by the virus pandemic.

At the end of 2019, Berkshire held approximately 10 per cent each of the four airlines. With the sale of the airlines, Buffett acknowledges that the economy is facing a sluggish recovery, at least for a while. Berkshire itself suffered a record loss of nearly $50 billion.

Kering to replace ING in the EuroStoxx 50

The shares of Dutch bank ING on Monday accelerated their decline from Thursday. On Monday in Amsterdam, they lost 5.75 per cent to 4.72 euros, thus falling back towards their eight-and-a-half-year low reached in mid-March. It was not only industry-wide concerns about the extremely negative economic outlook due to the Corona crisis that weighed heavily. The extraordinary exchange of the share for that of luxury goods manufacturer Kering in the mixed-currency Stoxx Europe 50, announced for this Thursday after the close of trading, also put pressure on the share.

Since the virus-induced stock market crash between mid-February and March, ING shares have so far been unable to recover. After falling from around EUR 10 in February to a multi-year low of EUR 4.226 around one month later, there was hardly any upward movement. However, Kering shares, which had risen to a record high of EUR 614.90 in January, were also struck in the corona crash. However, with a current minus of 2.01 per cent in Paris to 450.95 euros, their recovery from the low point of the stock market crash is already around 30 per cent.

The exchange in the EuroStoxx 50 that is now pending is due to the “fast exit” rule of the Deutsche Börse subsidiary Stoxx Ltd. This rule states that if a company falls below 75th place in the “Market capitalization by free float” criterion on the selection list for the second month in a row, and thus is no longer among the 75 largest companies, it is removed from the major European indices. The highest-ranking company will replace such a company.