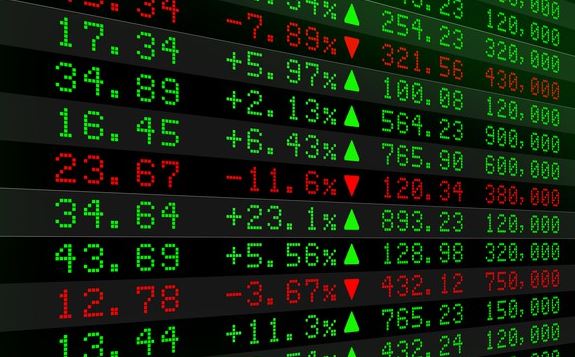 Fears of recession gone – for now

It’s a paradox: the German economy is in recession and rapid improvement is actually not in sight. Nevertheless, the Dax is climbing to a new high for the year. How does that fit together?

It is above all the hope for a partial agreement in the customs dispute between the US and China that gave investors new courage right at the beginning of the week. US Secretary of Commerce Wilbur Ross, who believes that an agreement with China is possible before the end of this month, provided for a good mood. “I’d say there’s a 50 per cent chance they can do it,” said Teeuwe Mevissen, an economist at Rabobank.

Moreover, according to the US Secretary of Commerce, punitive tariffs on car imports from Europe and Asia could be avoided, which boosted the papers of German vehicle manufacturers. Encouraging sentiment data from October’s Eurozone industry further supported risk appetite.

Furthermore, Brexit doesn’t seem to be a frightening topic for investors anymore and is widely ignored, at least for the moment.

The US stock markets ended the first trading day of the week with new record highs. The Dow Jones bid farewell 0.45 per cent firmer at 27,462.38 points. The NASDAQ Composite closed Monday trading with gains of 0.56 per cent to 8,433.20 index points.

Here, too, it is the ever-diminishing fear of a trade war that is being fought, also because an election year is about to begin in the USA, which will ensure rising prices. “Trump wants to be re-elected, he can’t allow a recession for that,” some experts believe.

The prospect of an early partial agreement in the US-Chinese trade dispute, as well as positive signals from the US labour market, drove Asian stock markets on Monday.

This took the momentum from Friday’s strong Wall Street. The CSI 300 with the 300 most essential stocks on the Chinese mainland stock exchanges rose by 0.6 per cent. The Hang Seng in Hong Kong gained 1.3 per cent. There was no trading in Japan due to a public holiday.

On Europe’s most important stock markets, prices rose sharply at the beginning of the week.

The EuroSTOXX 50 recorded significant gains at the beginning of the week, after already showing positive signs at the start of trading. It ended the trading period with a gain of 1.14 per cent at 3,665.21 index units.

On the economic side, the IFO economic climate in the eurozone deteriorated in the fourth quarter of 2019. It fell from minus 6.7 to minus 16.3 points, its lowest level since spring 2013. On the other hand, positive news came from industry in the eurozone.

In the commodity markets, oil prices continue their upward trend after initial profit-taking. Most recently, a barrel (159 litres) of Brent crude cost 62.41 US dollars. That was 72 cents more than on Friday. The price for a barrel of the American West Texas Intermediate (WTI) rose by 58 cents to 56.78 dollars. Even before the weekend, oil prices had benefited above all from positive economic data from the USA and China.

The “safe haven” gold is less in demand, given the general risk-on sentiment in the market. Currently, the precious yellow metal is losing slightly to 1,510 dollars per troy ounce.

The cryptocurrency market has remained pretty stable, with an overall market cap at approximately 250 billion US dollars. One Bitcoin currently costs $9,200, one Ethereum $182 and one XRP $0.2920.

The USA is now officially turning its back on international efforts to combat climate change. The US government has now officially submitted its resignation for the Paris climate agreement at the first possible date, said Secretary of State Mike Pompeo on Monday. Pompeo said that the USA would continue to represent a “realistic and pragmatic model” in international talks in the future. The US would continue to work with partners “to strengthen resilience to the impacts of climate change”.

The US economy will continue to grow while reducing emissions, Pompeo said. The US will continue to rely on an energy mix that includes fossil fuels, such as coal and oil. The official resignation came more than two years after US President Donald Trump announced his intention to remove the US from the treaty. He had been severely criticized internationally for this. The United States is – after China – the second-largest emitter of greenhouse gases.

The agreement was never popular with Trump’s Republicans. The official resignation at the beginning of the long election campaign should, therefore, give the president new impetus.

The shares of Deutsche Bank and Commerzbank are also among the strongest in the afternoon. They are benefiting from an improved mood in the sector throughout Europe. Deutsche Bank shares rose by more than three per cent in the Dax and Commerzbank shares by up to five per cent in the MDax. Both thus returned above their 100-day lines, which serve investors as a medium-term indicator.

The securities benefited from the good state of the market, in which cyclically sensitive equities were in demand because of hopes of progress in the trade dispute between the USA and China.

The Steigenberger hotels become Chinese: The Huazhu Group has acquired the parent company of the hotel brand, Deutsche Hospitality, in full, as both sides announced on Monday. According to the new Chinese owner, the purchase price is 700 million euros.

In addition to Steigenberger, the Frankfurt-based Deutsche Hospitality also includes brands such as IntercityHotel and Jaz in the City. A well-known house in the chain is the Frankfurter Hof.

The Huazhu group, which is listed on the Nasdaq, is the ninth-largest hotel company in the world in terms of the number of rooms and the number five in terms of stock market value. It operates more than 5,000 hotels in around 400 cities.

Uber recorded strong business growth in the third quarter, but again made a large loss.

The bottom line was a minus of 1.2 billion dollars in the three months to the end of September, as Uber announced in San Francisco on Monday after the close of trading in the US. A year ago, the deficit had amounted to 986 million dollars. Turnover climbed by 30 per cent to 3.8 billion dollars.

Uber invested massively to keep passengers in fierce competition with rivals like the smaller competitor Lyft, for example, with promotions and special offers at the bar. In addition, the company spends a lot of money on newer offers such as the delivery service Uber Eats. Costs rose by almost a third year-on-year to $4.9 billion in the most recent quarter. Initially, the figures were not well received by investors, with the share price falling sharply after trading.