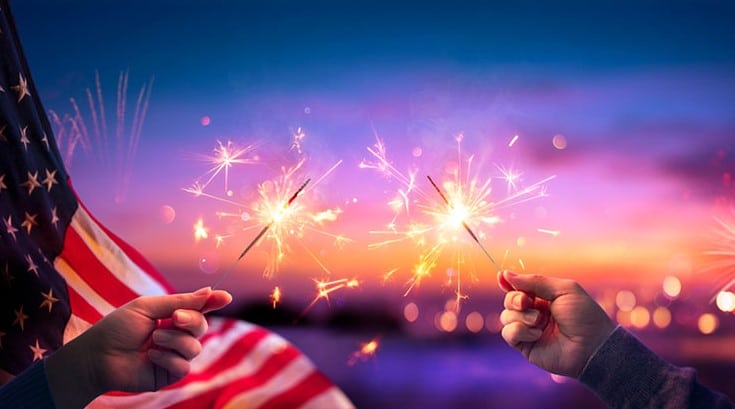 There was no fresh impetus from Wall Street today. The US stock markets remained closed due to the postponed Independence Day holiday (4 July). On Friday, the US labour market report for June had still caused the Nasdaq indices and the market-wide S&P 500 to set records, as the data had been good, but not too good. This is a scenario going down very well on Wall Street, as the US Federal Reserve is not expected to put any immediate dampeners on monetary policy for the time being. Hardly a day goes by without Apple & Co. setting records and thus pulling up the Nasdaq in particular. On Friday, the Nasdaq Composite Index marked its best level at 14,649 points during the day and closed at 14,639 points, only slightly below that. The Nasdaq 100 selection index and the market-wide S&P 500 index is also currently running from record to record.

For the S&P 500, which is the benchmark for measuring fund managers’ returns and other institutional investors, the bar has now reached 4355 points. The index has thus gained around 15 per cent this year.

From a technical perspective, the forces between buyers (bulls) and sellers (bears) thus remained essentially evenly distributed at the start of the week, as decisive impulses from overseas were lacking.

Wall Street remained closed on Monday due to the 4th of July celebrations.

At the beginning of the week, the Asian stock exchanges once again showed different trends. In Tokyo, the Japanese benchmark index Nikkei closed down 0.64 per cent at 28,598.19 points. However, on the Chinese mainland, the Shanghai Composite ended the session 0.44 per cent firmer at 3,534.32 points. Hong Kong saw the Hang Seng losing 0.59 per cent to 28,143.50 index points.

Price gains in the US following a strong labour market report on Friday failed to support Asian bourses at the start of the week. In China, the Caixin Purchasing Managers’ Index for the service sector fell sharply from the previous month to a 14-month low. However, the data only briefly weighed on the Chinese stock exchange in Shanghai.

The European stock markets were stable on Monday.

The EuroSTOXX 50 index was slightly weaker at the opening but turned slightly positive during the session and ended the day 0.07 per cent higher at 4,087.37 points.

The DAX presented a familiar picture: losses in early trading were made up for by the index in the day, but it was not enough for more. The index thus continues to trend sideways at a high level and remains in a narrow trading range between 15,500 and 15,700 index units. Today, the DAX ended the day 0.1 per cent higher at 15,561 points, while the TecDAX, on the other hand, fell by 0.1 per cent to 3,566.86 points.

Important economic data from the eurozone provided positive impulses: The market research institute Markit presented the results of its business survey for service providers. In the eurozone, the sector posted the strongest growth in 15 years.

Little happened on the foreign exchange market today, either. Without any impulses from overseas, only economic data from the eurozone could provide a little movement. The euro nevertheless traded at 1.1865 dollars in the late afternoon, slightly below the slightly higher rates of the morning.

According to experts, the planned continuation of the negotiations of the oil alliance Opec+ this Monday was cancelled without an agreement. There is also no date for a possible new meeting of the energy ministers; delegates told the Bloomberg news agency. The current production levels are to remain in place for the time being, they added. Oil prices rose after the news. Brent crude from the North Sea rose by around one per cent towards 77 dollars in the late afternoon, while US oil WTI also increased by one per cent to almost 76 dollars a barrel. The prices of both types are thus within reach of their most recent two-and-a-half-year highs. The major oil exporters – which, in addition to Opec, include producing countries such as Russia – have been trying for several days to agree on new production quotas.

There was also only little movement in the precious metals market. Nevertheless, the gold price increased by $7 to $1,792 per troy ounce.

Growth in China‘s services sector fell to a fourteen-month low in June.

According to a survey released on Monday, a rising number of new corona infections and concerns about a slowdown in the momentum of the Chinese economy put pressure on businesses. The Caixin/Markit Purchasing Managers’ Index (PMI) for the services sector fell to 50.5 in June, the lowest since April 2020 amid the Corona crisis. It was 53.8 in May.

With further restrictions easing, the service sector in Germany gained momentum in June. According to data for the month, IHS Markit’s Purchasing Managers’ Index for the sector rose to 57.5 from 52.8. Economists had predicted a reading of 58.1. The preliminary reading for June was 58.1. Overall, growth in Germany’s economy accelerated in June. The composite index for production in the private sector – industry and service providers combined – rose to 60.1 from 56.2 points in the previous month.

Economic sentiment among investors in the eurozone is improving. In June, according to a statement from the institute on Monday, the economic sentiment indicator surveyed by research firm Sentix rose by 1.7 points to 29.8. After the fifth consecutive increase, the indicator is at its highest level since February 2018. “The recovery of the eurozone economy continues to progress,” Sentix commented on the result.