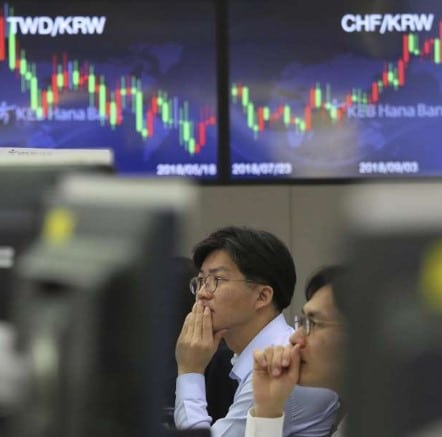 On Monday, the Chinese yuan slides to its lowest level for eleven and a half years. For the first time since 2008, a dollar costs more than 7.00 yuan. For a long time, experts regarded this mark as a “sound barrier” that the Chinese central bank would not break. The yuan exchange rate does not move entirely freely according to market forces but is influenced by China’s central bank.

The depreciation of the yuan makes Chinese exports to the dollar zone cheaper. The previous and threatened US punitive tariffs will thus be compensated to a large extent by developments on the currency market and could, therefore, miss their mark. This is certainly not in the spirit of Donald Trump. In his first election campaign, the US President had already raged that the People’s Republic would artificially devalue its currency in order to advantage its own economy.

According to currency experts, however, the People’s Bank of China has supported the yuan against the dollar so far. Now, following the latest developments in the trade dispute, it no longer appears to be prepared to do so. Today’s announcement of the psychological mark of 7.00 dollars is a clear signal in this direction. Beijing now seems willing to use a weaker yuan to reduce at least some of the difficulties for Chinese exports resulting from the tariff increases.

Will China now stylise its currency as a weapon in the trade war? Commerzbank currency expert Hao Zhou believes: “This could well be the case. Today’s movement suggests that China is aware of the need for more currency flexibility to defy trade difficulties.” The transition from a trade war to a currency war seems not far off anymore.

The markets are bleeding

The Dow Jones, the leading US index, lost considerable ground but managed to reduce its losses somewhat and closed last week 0.4 per cent lower at 26,485 points.

The other US indices did not recover as strongly during the course of trading. The market-wide S&P 500 fell by 0.7 per cent to 2,932 points, while the technology-oriented Nasdaq 100 index lost 1.4 per cent to 7,693 points.

In Asia, prices are also falling at the beginning of the week. The leading index of the Shanghai Stock Exchange, the SSE Composite, is losing 1.6 per cent at the moment. The Japanese Nikkei was 1.7 per cent lower at the close of trading in Tokyo.

The recent announcement of new US punitive tariffs against China is being traded as a fundamental trigger for the price losses. US President Donald Trump thus fuelled economic fears around the globe.

Euro and gold up, oil down

The newly raised economic fears are also weighing on oil prices. Prices for the North Sea variety Brent and the US variety WTI continue to fall.

In the current environment, gold is benefiting from its image as a “safe haven”. The price of the precious yellow metal rises above its July high and to 1,459.83 dollars per troy ounce, marking a fresh six-year high.

The euro continues to gain ground in early currency trading. The European common currency is currently traded at 1.1122 dollars.

The German car manufacturer is leading the start-up’s latest financing round, which cost 28 million euros. Carwow, an online car-sales platform, intends to use the money primarily to expand business in its existing markets of Great Britain, Germany and Spain. In addition to Daimler, several German car dealers participated in the financing round. With Carwow, users can select a vehicle and are then forwarded to dealers in their vicinity.

The industry needs to adapt its business models to the fact that city dwellers, in particular, buy fewer cars and brand loyalty is much lower than before. In addition, the industry could be heading for a future with self-propelled Robotaxis, in which car sales decline, and the money is earned instead primarily from driving services.

US star investor Warren Buffett has suffered a sharp decline in earnings with his investment company Berkshire Hathaway. The bottom line was that more was left hanging, but the stock market guru warns against attaching too much importance to net profit.

In the second quarter, operating profit fell eleven per cent year-on-year to $6.1 billion, the company said. The important insurance business around the US industry giant Geico dropped significantly less money, and the downturn in the US economy also made itself felt. Experts had not expected such a sharp decline.

Berkshire increased its net surplus from USD 12.0 billion to USD 14.1 billion. However, Buffett himself always advises against paying much attention to this figure. Since the introduction of a new accounting method that requires the market value of unrealised investment gains to be reported on an ongoing basis, the result has been subject to strong fluctuations. Therefore, according to Buffett, it is no longer a good indicator of business performance.

Berkshire Hathaway includes around 90 companies, plus various blocks of shares in major listed companies such as Coca-Cola, Wells Fargo, Apple and, since this year, Amazon. The 88-year-old Buffett has led the conglomerate for more than 50 years and is also called the “Oracle of Omaha” because of his nose for investments. Thanks to his lucky hand for investments, Buffett has been one of the richest people in the world for years – most recently “Forbes” estimated his fortune at 80.5 billion dollars.