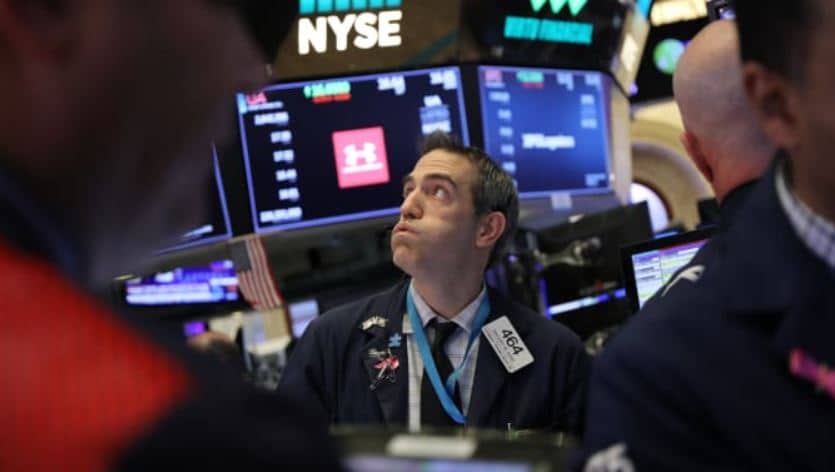 After the attack and killing of Iranian General Ghassem Soleimani in Baghdad, the Iraqi parliament voted for a withdrawal of the approximately 5,000 US soldiers stationed in the country. A few hours earlier, US President Donald Trump had again massively intensified his threats to the leadership in Iran and warned against acts of revenge for the killing of Soleimani.

Fears of an escalation of the conflict between the US and Iran led investors to massive profit-taking at the start of trading in the European market on Monday. Afterwards, the situation has eased somewhat but threatens to escalate further.

Despite increasing tensions between the USA and Iran, the US stock markets digested their recent losses well on Monday.

The softened reactions of the US stock markets to the rising tensions in the Middle East seemed to reflect that the recent escalation is unlikely to affect the US economy, some market experts commented.

Further, there was positive news from the US economy: the Markit Composite PMI for December registered at 52.7 points instead of the expected 52.2 points. The Markit Services PMI showed even better figures, with 52.8 instead of 52.2 points.

Asian stock markets started the week soft, while investors continue to seek a haven in bonds, the yen and gold that are considered safe. Investors are now faced with a risk that is difficult to calculate and are taking precautions accordingly, analysts said. However, there is no question of panic. There had been no sell-off in shares.

The EuroSTOXX 50 lost 0.55 per cent at the end of the day and closed at 3,752.52 points. The Dax plummeted to 12,948 points in the morning, 271 points less than on Friday. But then investors came to their senses again, as the apocalypse is not imminent, not even for the export-dependent German car industry. Slowly investors began to use the correction to re-enter the market.

The geopolitical tensions in the Iran/Iraq region continue to depress investor sentiment. Shares are currently less in demand. Bonds, crude oil and gold are the main items being bought. At the beginning of the week, the latter even reached its highest level since 2013.

The euro briefly broke through the 1.12 dollar mark on Monday, half a cent more expensive than on Friday. In the further course of the day, it had to give up some of its gains. The European Central Bank (ECB) set the reference rate at 1.1194 (Friday: 1.1147) dollars.

The economic data from the Euro-Zone provided a boost. On the one hand, corporate sentiment, as measured by the Markit Purchasing Managers’ Index, brightened slightly. On the other hand, the economic sentiment among investors improved, according to the Sentix report. The US dollar was unable to benefit from the ongoing tensions between the USA and Iran. Last week, the dollar had been in high demand as a global reserve currency.

The crisis in the Middle East had initially fueled the gold price further on Monday. The precious metal rose to $1,485 per troy ounce but then lost ground against the dollar again, slipping to $1,564 – 4.92 dollars less than on Friday.

Oil prices rose again on Monday, supported by the conflict between the USA and Iran. The price of a barrel of North Sea Brent rose to USD 69.03, 43 cents more than the previous day. The price for a barrel of US WTI rose by 17 cents to 63.22 dollars. At times, it reached 64.72 dollars, the highest level since last April.

Cryptocurrencies are also increasingly in demand again in the current crisis period. The price of Bitcoin rose by almost five per cent to over $7,600, the highest level of the currently most popular cryptocurrency in over two weeks. The number 2, Ethereum, also increased significantly and registered a price of $144 at the end of the day. The biggest winner among the most popular digital assets was Ripple’s XRP. The number three in the cryptoverse rose by an incredible 13 per cent to currently $0.2220.

With record highs, the papers of Google’s mother alphabet got off to a strong start on Monday.

The uptrend in Alphabet shares was boosted by an upgrade from “hold” to “buy” by the research house Pivotal Research. Analyst Michael Levine views Sundar Pichai, Alphabet’s new CEO, as a beacon of hope, from which the shares should benefit.

The Swiss pharmaceutical group Novartis has completed its takeover bid for the US biotechnology company The Medicines Company. By the end of the offer period, approximately 75 per cent of the shares had been tendered to the Basel-based company, Novartis announced on Monday. Besides, Novartis has made firm commitments to acquire a further approximately 16.9% per cent of the shares.

The acquisition will now be completed and trading in The Medicines Company’s shares on the Nasdaq, the US technology exchange. At the end of November, Novartis had announced that it would provide 9.7 billion dollars for the company. The Swiss have been particularly interested in the drug Inclisiran, a cholesterol-lowering drug currently in development.