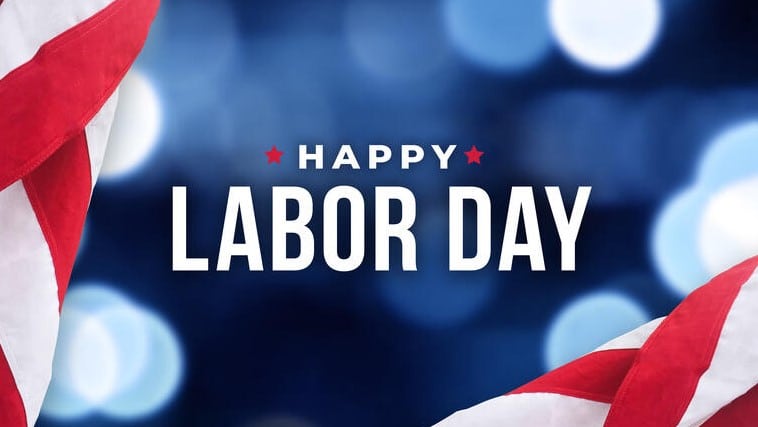 US stock exchanges were closed today for the national Labor Day holiday, and there was generally not much activity in the market. Only cryptocurrencies were in demand again, and trading was brisk.

The fact that technology stocks have recently been among investors’ favourites, especially in the US, has to do with investors’ hopes that the Federal Reserve (Fed) there will remain expansionary. A surprisingly weak US labour market report on Friday supported this scenario. Experts said that job growth slowed sharply in August, with little sign of a pickup in labour supply.

However, somewhat surprisingly, the European Central Bank (ECB) has also recently come back with tones similar to those from the USA. Europe’s monetary watchdogs are also beginning to think about how the flood of liquidity, which was once again increased in the course of the pandemic, could be stemmed. Specifically, the ECB’s interest rate meeting on Thursday is likely to deal with the PEPP bond buyback programme, which comprises more than 1.8 trillion euros and is scheduled to run until March 2022 – an important date for the markets later in the week. Overall, however, the ECB remains far behind the Fed in its interest rate cycle, and the first concrete interest rate hikes are probably still a long way off.

Similar to the Fed, the ECB also sees the higher inflation rates as a relatively temporary phenomenon and wants to react more variably to developments in the future as part of its new strategy.

On Monday, the US stock exchanges will remain closed due to the Labor Day holiday.

On Friday, investors focused on the US labour market report, which was published in the pre-market. It revealed weaker than expected job growth for August. However, the unemployment rate fell.

The Asian stock markets started the week on an upward trend.

Trading in Japan was still dominated by the de facto resignation of Prime Minister and LDP leader Yoshihide Suga. According to analysts at Rakuten Securities, the market is now hoping that Suga’s succession will also trigger stimulus measures. The gains on the Chinese markets were also due to market participants’ hopes that more economic aid could flow.

European markets moved upwards again today. The EuroSTOXX 50 was slightly firmer at the start of trading and then continued to rise. At times it reached another high since 2008. In the evening, it still showed gains of over 1.03 per cent to 4,246.13 points.

The DAX began the new trading week with slight gains and continued to appreciate afterwards. In the evening, a plus of 0.96 per cent to 15,932.12 points was still on the scoreboard. The TecDAX was also stronger at the opening of the trading session and made further gains later on. It finally exited the trading session 0.80 per cent higher at 3,967.92 points.

There were positive signs from Asia, and the shock of the worse-than-expected US labour market report last Friday seemed to have been digested in the meantime. No impulses were expected from the USA at the beginning of the week due to the Labor Day holiday.

There was hardly any movement on the foreign exchange market today. In the evening, the common European currency, the euro, cost 1.1869 dollars. In early trading, it had still been slightly higher.

Oil prices trended lower today. Investors initially withdrew from the crude oil market for fear of a dip in demand. The speculation was triggered by the announcement by the oil company Saudi Aramco of price reductions for Asian customers, analysts said. This was an indication of lower demand and possibly rising supply, they said. The barrel price for Brent crude fell 21 cents to 72.40 US dollars. For a barrel of WTI oil from the USA, the price was 13 cents lower at 69.16 dollars.

Gold was able to maintain its recent gains largely. After the weak US labour market report, the precious yellow metal had made a strong move upwards on Friday. Today, a troy ounce of gold was traded at 1,823 dollars, 0.2 per cent less than on Friday.

Order intake of the industry in Germany developed much better than expected in July, mainly thanks to a large order. According to the Federal Statistical Office, it climbed by 3.4 per cent compared to the previous month and was 24.4 (June: 26.5) per cent above the level of the same month of the last year, adjusted for calendar effects. In contrast, economists surveyed by Dow Jones Newswires had forecast a month-on-month decline of 0.2 per cent.

Price-adjusted turnover in the German manufacturing sector increased in July. According to the Federal Statistical Office, turnover increased by 1.9 per cent compared to the previous month. The 1.4 per cent decline initially reported for June was revised to 1.1 per cent. Compared to February 2020, just before the corona restrictions and lockdowns began in Germany, sales were 4.6 per cent lower.

The economic index for Germany, compiled by the consulting firm Sentix, fell again in September. The overall index declined to 20.9 (August: 25.7) points, the situation index slipped to 36.0 (38.5) points, and the expectations index fell to 6.8 (13.5) points, its fourth consecutive decline. This is the lowest level since May 2020. “The zenith of the economic recovery process after the corona lockdowns has been passed. Now the question is whether we are just taking a breath or turning the corner,” explained Sentix Managing Director Manfred Hübner.