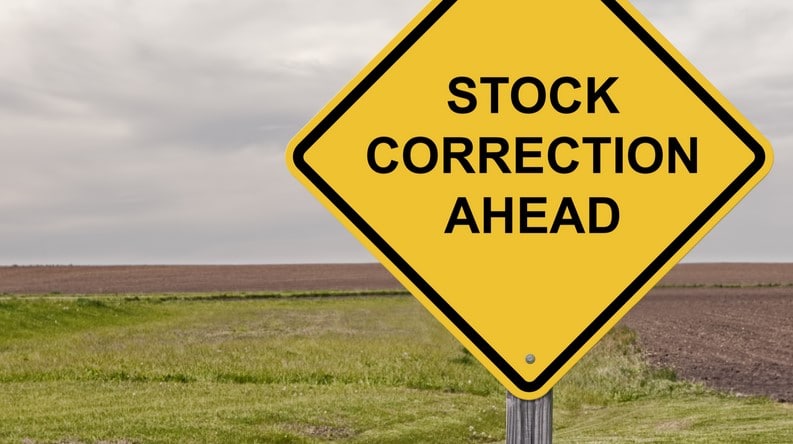 Even if the interest rate turnaround should be digested to some extent, the Ukraine issue remains seemingly unpredictable. Against this backdrop, the markets remained shaky.

In addition, US equity markets continue to chew on the surprisingly strong labour market data released on Friday. These make it even more likely that the US Fed will take several interest rate steps upward from March. Since Friday, some market participants now expect five interest rate hikes.

The US stock markets fluctuated strongly in Monday trading. The Dow Jones opened the session marginally 0.05 per cent higher at 35,108.38 points and showed volatility in the course. In the end, the US leading index went into the evening almost unchanged at 35,090.86 points. The tech index NASDAQ Composite was also subject to strong fluctuations after a firm start, but the bears took over in late trading. The stock market barometer closed 0.58 per cent lower at 14,015.67 points.

Investors were grappling with the prospect of the steepest monetary tightening cycle since the 1990s, according to stockbrokers, Deutsche Presse-Agentur reports. However, after a strong US jobs report on Friday, markets were already pricing in more than five quarter-point interest rate hikes by the Federal Reserve in 2022. US inflation data is on the agenda this week, which could lead to further market volatility.

On the corporate side, fitness equipment manufacturer Peloton made a splash. The stock jumped more than 20 per cent. The company, known for its home fitness bikes, is the focus of new takeover speculation. According to the media, both Nike and Amazon are said to be considering a bid. The stock of the former pandemic winner had plunged about 85 per cent from its record high of $171.09 by Friday’s close.

In Asia, no consistent trend was identified at the start of the week. The Japanese benchmark index Nikkei lost 0.70 per cent to 27,248.87 points when the closing bell sounded. On the Chinese mainland, trading resumed on Monday for the first time after a holiday break of several days, so the Shanghai Composite had some catching up to do and climbed 2.03 per cent to 3,429.58 units by the close of trading. Meanwhile, Hong Kong’s Hang Seng closed just 0.03 per cent higher at 24,579.55 points.

According to market observers, Chinese investors were still processing the strong US labour market report for January, the sharp rise in expectations of interest rate hikes in the US, and the Caixin purchasing managers’ index for the service sector at the start of the week. Although it was weaker than in December, it was still in the expansion-indicating range.

Monday’s trading on the European stock markets was upbeat. The EuroSTOXX 50 began the day in the green. After falling back to the zero line in the meantime, it moved back into the profit zone and ultimately traded 0.83 per cent higher at 4,120.56 units.

Despite the current challenging stock market environment due to the Ukraine-Russia conflict and the fear of rising interest rates, the German stock market was friendly at the start of the week. The DAX was already stronger at the opening but could not hold its initial gains for long and fell back to the zero line. After a long hesitation, however, the leading stock market barometer made its way back into the profit zone and was able to gain 0.71 per cent to 15,206.64 points by the end of trading. The TecDAX was also firmer at the start. In the meantime, it fell back into the red before posting moderate gains again. In the end, it was up 0.19 per cent at 3,413.77 points.

Risk appetite had increased again somewhat after the weekend, experts said. However, fluctuations are still to be expected, they added.

In the evening, the euro headed back towards 1.1440 dollars. On Thursday, the European single currency posted its biggest daily gain in two years after the ECB’s council meeting. Since then, it has held above the 1.14 dollar mark on the foreign exchange market.

At the beginning of the week, oil prices remained close to their highs since autumn 2014, even though they had fallen slightly by the evening. Investment strategists commented that a more extensive correction was actually overdue after seven strong weeks. However, the current news situation stands in the way. The Ukraine conflict is causing a significant risk premium on oil prices, as Russia is one of the world’s largest oil producers. Brent crude rose by 43 cents to $92.95 per barrel, while US WTI dropped by 26 cents to $91.40.

Gold remained on the front foot as well, adding more than $10 to trade at $1,821 per troy ounce at the trading close.

Cryptocurrencies also continued their very bullish trend, which had started late last week. Top dogs Bitcoin and Ethereum rose by approximately 3 per cent each to $44,000 and $3,140, respectively. At the same time, XRP staged a huge comeback, adding over 22 per cent on the daily to $0.83 to overtake both Solana and Cardano on the overall crypto ranking chart. Many other altcoins also posted significant gains, but after XRP, Shiba Inu made the most considerable headway, increasing by 15 per cent.

The economic index for Germany, compiled by the consulting firm Sentix, rose slightly in February. Sentix’s index increased to 17.9 (January: 17.0) points. The situation assessment index rose to 20.0 (19.0) points and the expectations index to 15.8 (15.0) points. The latter was the highest value since July 2021. “Things could probably go better if the corona restrictions were finally eased in Germany as well, as other European countries have already announced or initiated,” Sentix managing director Manfred Hübner writes in the release. After all, a sustained slowdown in economic momentum does not seem to be an issue at the moment.

The eurozone index stood at 16.6 (14.9) points, with the situation index rising to 19.3 (16.3) points and the expectations index to 14.0 (13.5) points. According to Hübner, this points to a stable economy in the euro area. “This means that our assumption, which we have been expressing here for months, that we are in a ‘mid-cycle slowdown’, i.e. a growth moderation in the middle of an economic cycle, remains valid,” Hübner writes. However, this moderation phase is not yet complete because sustainable new growth drivers are missing. “Above all, there is a lack of impetus from the international economy.”