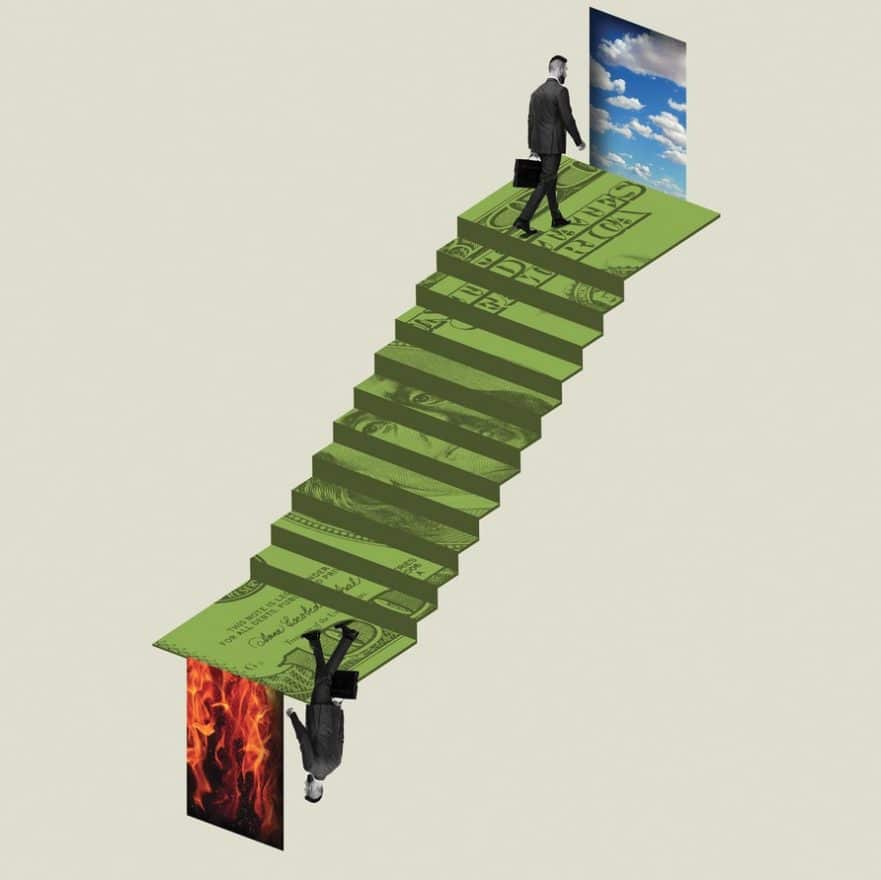 Investors did not really come out of the woodwork ahead of the important US consumer price data (CPI) coming Thursday, but there was also no significant inclination for sell-offs. Investors expect the data to provide further indications of a possible date for tightening the ultra-loose monetary policy.

In April, the inflation rate rose by 4.5 per cent, which spooked many investors. The wait-and-see tendency could continue to dominate the market over the next few trading days, as the topic of interest rates is simply too important.

Another hotly debated topic among investors was the taxation of large digital corporations. According to the will of the leading industrial nations, they should pay at least 15 per cent tax worldwide in the future. After years of negotiations, the finance ministers of the G7 countries agreed on global tax reform. The immediate effects on the market are minimal, however, as the details still have to be negotiated in the coming months, analysts explained.

The shares of Alphabet, Amazon and Apple hardly reacted to this news. Alphabet C even marked a record high in the meantime, as did the Facebook shares.

Investors focused on statements made by US Treasury Secretary Janet Yellen on Sunday. She welcomed Biden’s plans for billions of dollars in stimulus and made it clear that higher inflation and accompanying higher interest rates would not be a problem for the US: “If we end up with a somewhat higher interest rate environment, that would be a plus from society’s perspective and the Fed’s perspective.”

The most important indices in Asia found no common direction at the start of the week.

The not-so-strong rise in new jobs created in the US dampened investors’ inflation concerns and kept sentiment up. However, Chinese exports and imports in May did not quite meet expectations.

The European stock markets were stable at the start of the new trading week. The EuroSTOXX 50 closed up 0.2 per cent at 4,097.65 points.

On the trading floors, reference was made to the good mood among investors. However, the so-called tapering issue remained in focus. Any statements on reducing bond purchases by the central banks could increase volatility again, market participants mentioned. Janet Yellen said at the weekend that slightly higher interest rates would be positive. However, this is seen more like a longer-term indication from the US Treasury secretary.

In this context, the monetary policy decision of the European Central Bank (ECB) on Thursday will be closely watched. The event has the potential to move the markets. A minority of observers believe that the ECB will reduce its PEPP purchases. However, most analysts assume that the ECB will confirm the loose monetary policy. Neither the advanced vaccination campaign, the better-than-expected economic data, nor the increased inflationary pressure will likely change this.

Meanwhile, the economic sentiment of investors in the eurozone continued to brighten. In detail, however, the Sentix survey results were mixed.

The euro gained slightly on the foreign exchange market in US trading. Shortly before the Wall Street close, it was quoted at 1.2193 dollars. Ultimately, the euro extended its gains from Friday, when a weak US labour market report had weighed on the greenback.

Oil prices fell somewhat on Monday. The market attributed the latest losses to a countermovement due to profit-taking. Most recently, a barrel of North Sea Brent traded for 71.57 US dollars, 32 cents less than on Friday. WTI oil from the United States fell by 35 cents to 69.27 dollars. At times, the WTI price had risen to 70 dollars for the first time since October 2018. Brent currently costs almost as much as it last did a good two years ago.

The cryptocurrency market continues to move sideways with no major breakouts in one or the other direction. Bitcoin ultimately fell by 5 per cent to $34,100, while Ethereum lost 3.3 per cent to $2,628. Other altcoins, such as Binance Coin, Cardano, or XRP, for example, dropped a little bit more with 6 – 7 per cent.

Price-adjusted turnover in the manufacturing sector in Germany fell sharply in April. According to the Federal Statistical Office, turnover fell by 2.6 per cent compared to the previous month. The 2.0 per cent increase initially reported provisionally for March was revised to 3.1 per cent. Compared to February 2020, the month before the corona crisis restrictions began in Germany, sales were 4.9 per cent lower.

Order intake in the German industry was also reported as weaker than expected in April. According to the Federal Statistical Office, orders fell by 0.2 per cent compared to the previous month and were 78.9 (March: 29.2) per cent above the level of the same month last year, adjusted for calendar effects. Economists surveyed by Dow Jones Newswires had forecast a monthly increase of 0.8 per cent.

China‘s foreign trade increased again in May. As the Beijing customs authority announced on Monday, exports of the second-largest economy rose by 27.9 per cent to 263.9 billion US dollars compared to May of the previous year. Imports jumped 51.1 per cent to 218.4 billion dollars. The extraordinarily high year-on-year growth is partly explained by the fact that world trade had plummeted at the time because of the corona crisis. Although foreign trade has been on the upswing for months now, analysts on average had expected an even more substantial recovery in May.