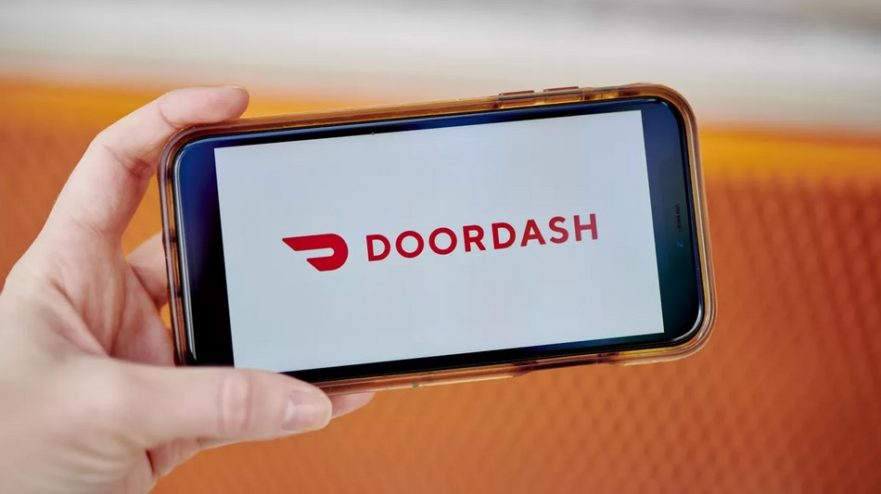 The corona crisis and the government imposed restrictions continue to dominate among numerous concerns and are causing investor caution – except on the NASDAQ. There, the tech-bulls were once again chasing new records today.

And, of course, another darling that’s still on our minds: the ongoing Brexit drama. This little puppy was to blame today, that it was a wild ride on the foreign exchange market. In any case, there is not much time left before the beginning of the year to return to new tariffs and controls according to WTO rules. The pound weakened today against the dollar and the euro, after having benefited from hopes of a last-minute agreement.

At the beginning of the new trading week, concerns about the corona pandemic again weighed on the US economy. For the third day in a row, the country recorded a new record high in infection figures. The number of corona deaths is also increasing significantly.

Thus, investors ran into those stocks that will also perform well during harsher lockdowns – aka tech stocks. Especially Apple, Facebook and e-car manufacturer Tesla were in demand among the large tech stocks. Tesla stocks even soared by more than 7 per cent and most recently cost 641.76 dollars. The electric-car pioneer thus achieved a market capitalization of more than 600 billion US dollars, thus strengthening its prime position as the world’s most valuable car manufacturer, even though its plants are only a fraction of the size of its rivals such as VW, Toyota or GM.

While Wall Street, with its new records from last week, provided reasons to buy, concerns about renewed tensions between the USA and China weighed on the market. As a result, some traders were confident that the good news from the US would boost prices again, while others believe that consolidation is the order of the day, as further stimulus is needed to generate new profits.

Bears dominated the European stock markets on Monday. The EuroSTOXX 50 moved into the loss zone after having already started in the red. At the end of trading in Europe, it showed losses of 0.32 per cent to 3,528.02 positions.

The Dax 30 index on the Frankfurt Stock Exchange also had to post small losses today by 0.21 per cent to 13,271 index points. Inspired by the ever-strengthening NASDAQ, the TecDAX managed to increase and closed 0.19 per cent stronger at 3,123.55 points.

Investors were already waiting for the ECB meeting on Thursday where many are hoping to hear about a further stimulus package.

Besides, market participants continued to focus on further developments surrounding the corona pandemic.

The euro was trading in wild swings on Monday, with little change on balance. After the common currency initially lost ground and dropped below the 1.21 US dollar mark, it climbed to 1.2166 US dollars in European afternoon trading. During the NY session, it was last valued at $1.2125. The theme of the day on the foreign exchange market was Brexit. The time for a trade agreement between Great Britain and the EU after the final Brexit at the end of 2020 is becoming increasingly short. As opinions still diverge in essential areas, there is concern that the negotiations could fail. The pound sterling was initially under considerable pressure but has recently recovered somewhat.

The still smouldering corona crisis is dampening the mood on the oil market. There are fears of further restrictions on public life in the USA and also in countries such as Germany, which could also dampen oil demand. There is also a threat of an unregulated withdrawal of Great Britain from the European domestic market. At the end of last week, an agreement between the oil-producing states organized in Opec+ on a standard production policy had given oil prices a boost. Today, however, oil prices fell slightly. The barrel (159 litres) of North Sea Brent crude cost 49.12 US dollars, 13 cents less than on Friday. The WTI barrel price fell by 21 cents to 46.05 US dollars.

Meanwhile, the price of gold again rose strongly. After initial losses, the precious yellow metal shot up from $1,823 to as much as $1,868 in the afternoon, closing at $1,863 per troy ounce.

Cryptocurrencies have continued their extended side-ways movements with Bitcoin trading around $19,100 throughout the entire day. Ethereum and similarly continued their trends and are currently valued at $590 and $0.61 respectively.

Exports in China rose sharply in November. Exports increased unexpectedly strongly in dollar terms by 21.1 per cent compared to the same month last year, as the Chinese customs authorities reported in Beijing on Monday. Economists had expected an increase of 12 per cent. In October, exports had only climbed by 11.4 per cent. Imports, on the other hand, fell short of expectations, climbing by only 4.5 per cent – slightly less than the previous month’s 4.7 per cent. The trade balance increased to over 75 billion US dollars versus 53.5 billion Us dollars expected.

Production in Germany‘s manufacturing sector developed much better than expected in October. According to information from the Federal Statistical Office (Destatis), it increased by 3.2 per cent compared to the previous month and was 3 per cent (September: 6.7 per cent) below the level of the same month during the last year.

The US food delivery company DoorDash is becoming even more optimistic about its IPO, according to a press release. The San Francisco-based company wants to launch its new shares at least at a price at the upper end of the already increased range, the “Wall Street Journal” reported on Monday, citing people familiar with the matter. DoorDash had only raised the price range from 75 to 85 US dollars to 90 to 95 dollars on Friday. Now the company could bring in even more money.

The industry had recently benefited from the effects of the Corona crisis. The management of DoorDash believes that this trend will continue. According to current plans, DoorDash plans to raise up to $3.1 billion by issuing 33 million shares. This would give the company a stock market valuation of up to 36 billion dollars (just under 30 billion euros). The shares are to be traded in New York starting this Wednesday.

The Berlin-based food delivery service Delivery Hero has also recently seen a sharp rise in sales. The group is represented in around 50 countries in Asia, Europe, Latin America, the Middle East and North Africa, but has sold its former German business (Foodora, Lieferheld, Pizza.de) to rival Just Eat Takeway (Lieferando). Delivery Hero has been listed on Germany’s leading DAX index since the summer and most recently had a market capitalization of around 20 billion euros.