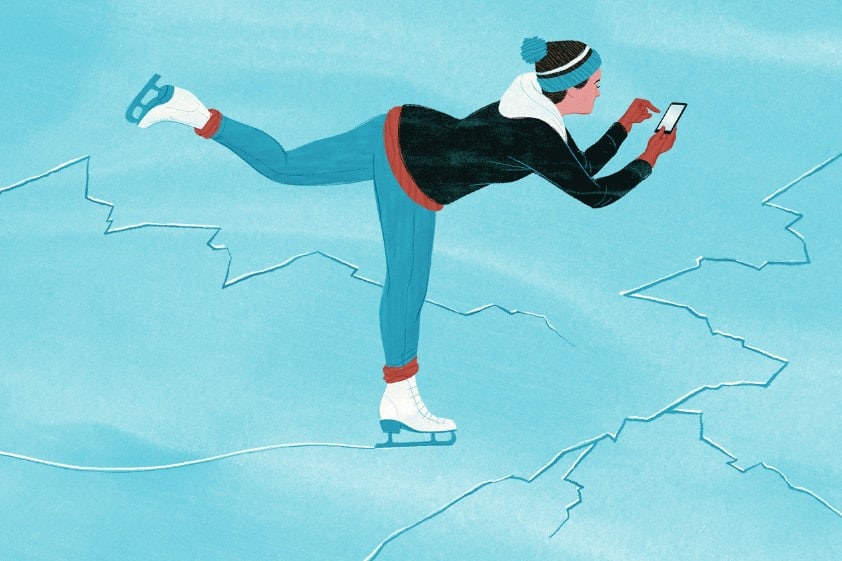 Stocks are in demand as never before, since the prospect of overcoming the corona pandemic is becoming more realistic every day as vaccination programmes progress. And since investors trade the future on the stock exchange, the stock markets are currently benefiting significantly.

The bull market’s primary background is currently the expected economic stimulus programme of the new Biden administration with a volume of 1.9 trillion euros, which the new Secretary of the Treasury Janet Yellen has recently been promoting vigorously. Of course, a message gladly heard on the stock market, especially since the external economic stimulus can obviously be well used in the American consumer economy. Especially in the critical labour market, the recovery is proceeding sluggishly.

Similarly, the cryptocurrency market is shaping more and more into an actual asset class with an overall market capitalisation currently at around 1.3 trillion US dollars. Bitcoin and co are booming like never before, and eye-watering price increases can be seen almost daily now.

At the start of the week, US markets added to their recent run, with all major stock indices setting new records. With the sixth trading day in a row in the black, the stock markets also recorded the longest winning streak since August 2020.

Positive indications characterised trading in the Far East at the beginning of the new trading week. The Japanese benchmark index Nikkei gained 2.12 per cent to 29,388.50 points, rising above the 29,000 mark for the first time since August 1990. The Shanghai Composite gained 1.03 per cent to 3,532.45 points on the Chinese mainland, while Hong Kong’s Hang Seng rose 0.11 per cent to 29,319.47 points.

Hopes of another US stimulus package also spread to Asian stock markets. US Treasury Secretary Janet Yellen’s plans to return to full employment next year also left a joyful mood.

And the European trading centres also showed their friendly side on Monday. After initial gains, the EuroSTOXX 50 moved in green terrain during the day, closing up 0.27 per cent at 3,665.51 index units.

The DAX started trading stronger on Monday, breaking its previous record high. At the day’s high, it climbed to 14,169.49 points – a new all-time high. However, it had almost wholly given back its gains by the end of trading, closing with a tiny plus of 0.02 per cent at 14,059.91 points. After a stronger start, the TecDAX moved into the profit zone and maintained its positive trend throughout the day. It ended the session 0.53 per cent higher at 3,525.63 points.

Thus, the European stock markets followed the good mood that had already prevailed on the US and other markets on Friday. The fact that the new US Treasury Secretary Janet Yellen is promoting US President Joe Biden’s billion-dollar aid package and the prospect of a return to full employment in the coming year is also creating confidence in Europe.

The US economic stimulus package is also the dominant topic on the foreign exchange market at the moment. It is still unclear to what extent the planned package will affect exchange rates in the longer term. The decisive factor is likely how the US Federal Reserve would react to a possible rise in inflation. Since the beginning of February, the greenback had benefited from the improved growth outlook and the better-running vaccination campaign. On Monday evening, the European single currency, the euro, peaked back above 1.2060 US dollars and is currently trading at $1.2051.

Oil prices also continue to benefit from the prevalent positive market environment. A decisive factor is the hope that demand for crude oil and oil products such as petrol will more strongly. If the corona pandemic is increasingly pushed back by vaccinations, restrictions on public life could be lifted. A barrel of Brent crude rose another 88 cents today to 60.23 US dollars in late trading. The Brent price thus pushed above 60 dollars for the first time in a year. WTI oil also continued to rise sharply. The barrel price rose by 91 cents to 57.75 US dollars today.

Gold and silver prices also improved significantly on Monday. A troy ounce of gold traded for $1,831 at the close of trading, rising $20 intraday from $1,811.

All positive news in the financial markets aside, Bitcoin and co are, once again, stealing traditional asset classes the show with the latest massive price increases. After Tesla boss Elon Musk tweeted out that Tesla bought 1.5 billion dollars worth of BTC, things accelerated and snowballed. Bitcoin rose over 22 per cent on the daily chart to currently $47,000, another new all-time high. Many other “large-cap” cryptocurrencies followed suit and shot up by twp digit percentage points as well. Ethereum gained 9.4 per cent to $1,757, while XRP increased by 8.5 per cent to $0.4580 and Polkadot growing by 16.4 per cent to $22.90.

The mood in the German industry has improved somewhat at the beginning of the year. Production expectations in several sectors have increased, as the Munich-based ifo Institute reported on Monday. The indicator stood at 8.4 points in January, after 5.1 in December. This value is formed from the balance of positive and negative expectations.

In February, Germany’s economic index by the consulting firm Sentix fell again for the first time since November. According to Sentix, the investors surveyed assessed economic expectations slightly weaker than in the previous month. Their assessment of the current economic situation improved somewhat and reached its highest value since March 2020. The overall index fell to plus 8.6 (January: plus 9.2) points, the situation index rose to minus 15.5 (minus 15.8) points, and the expectations index declined to plus 35.8 (plus 37.5) points.

Siemens Energy and Air Liquide want to cooperate in the development of PEM electrolysis technology. In a letter of intent, the two sides have now agreed to develop hydrogen projects on an industrial scale jointly. Besides, they want to lay the foundations for producing electrolysers in Europe and work together on research and development of the next generation of electrolysers, according to a statement by the companies.

The European Union, but also France and Germany, support large-scale hydrogen projects. Siemens Energy and Air Liquide want to apply for money from these funds. Corresponding project options in France and Germany, as well as other European countries, have been identified. One of them is the H2V project in Normandy with 200 megawatts of power. It is intended to supply chemical plants with clean energy in the future. Air Liquide recently bought a 40 per cent stake in the project.