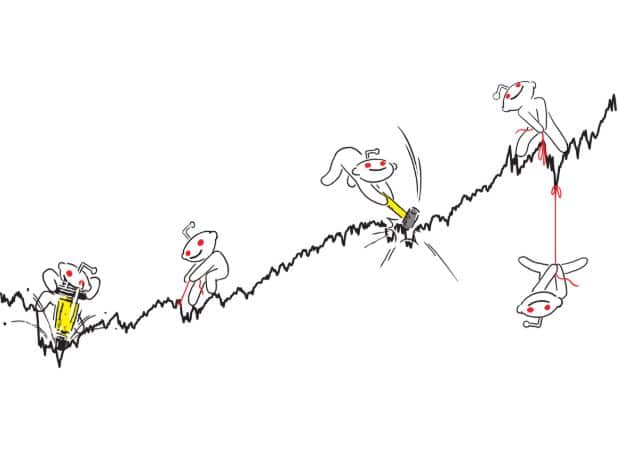 The bears made a first delicate attempt today to disrupt the stock market party that has been going on since May. The latest rally continues to be driven by the great hope of a rapid recovery of the economy after the crisis. In any case, the stock market has already given a lot of advance praise for this scenario, which can (still) hardly be reconciled with real economic data. Analysts and strategists have been warning of weak figures for the second quarter in particular for some time.

On Monday, positive economic data from China was added, which also supported the mood, capped the decline and even pushed some stock barometers further up.

In the USA, the bulls were once again in control on Monday.

The US leading index Dow Jones had started the new week with a profit and continued to expand it. At the end of trading, it was 1.70 per cent higher at 27,572.44 points. After a friendly start, the NASDAQ Composite also gained further ground, closing the day 1.13 per cent higher at 9,924.74 points.

On Monday, the most important stock markets in the Far East continued their rally of the previous week with mostly moderate gains. Unexpectedly positive economic data from Japan and China have supported the stock markets there, traders said.

European investors were cautious on Monday. The EuroSTOXX 50 started the day weaker and maintained this trend. It ended the day with a loss of 0.53 per cent to 3,366.29 index units.

After the euphoric rally of the past few trading days, investors have now calmed down somewhat. Thanks to various economic stimuli from central banks and governments as well as the easing measures, the Dax has now been able to recover most of its corona crash losses.

The euro exchange rate hardly moved at all on Monday in late US currency trading. Most recently, the common currency cost around 1.13 US dollars and thus about the same as in late European currency trading. The European Central Bank (ECB) had set the reference rate at 1.1285 (Friday: 1.1330) dollars.

Oil prices fell noticeably on Monday despite an agreement by major producers to continue cutting production. Several reasons were given in the market for the weak sentiment, including profit-taking. North Sea Brent cost $40.95 per barrel in the evening, $1.95 less than on Friday. The price of a barrel of US West Texas Intermediate (WTI) fell by a similar amount to $39.20.

Cryptocurrencies fluctuated only slightly and widely remained at the levels from last Friday. Bitcoin lost 0.4 per cent to $9,700, and Ethereum dropped 0.29 per cent to $243 per token. On the other hand, XRP managed to increase slightly by 0.3 per cent to $0.2040.

Investors initially looked towards Japan: Nippon’s gross domestic product (GDP) fell by only 2.2 per cent in the first quarter based on revised data. Initially, official statisticians had calculated a real GDP decline of 3.4 per cent. Additionally, China‘s exports in May did not fall as sharply as feared.

Meanwhile, in Germany, the slump in production due to the corona crisis has intensified dramatically. In April, output in the manufacturing industry fell by 17.9 per cent month-on-month, the Federal Statistical Office announced this morning. The decline was more substantial than feared. Analysts had expected an average drop of 16.5 per cent.

A reaffirmed buy recommendation by Goldman Sachs for the Boeing share pushed its price up further on Monday. With a premium of 12.20 per cent on a closing price of 230.50 US dollars in NYSE trading, the shares of the aircraft manufacturer listed on the index ranked at the top of the US leading index Dow Jones by a wide margin. With a price target raised to 238 US dollars, the Bank attests to further upside potential.

Since the low of USD 89 in mid-March, following a crash triggered by the Corona pandemic that lasted for weeks, Boeing shares have now recovered almost 60 per cent of these losses.

Lufthansa has not only been saved by the state but together with the entire leisure industry is profiting from the increased hope of investors that the customers’ desire to travel will soon reawaken. This is because travel restrictions are currently falling all over Europe, and the number of corona cases is simultaneously declining.

On Monday, the Lufthansa share was 14 per cent stronger in XETRA trading. At the end of trading, the share price was up 9.06 per cent to 11.86 euros. This consolidated its bottom formation after the Corona crash. At the same time, investors were not distracted by new minor voices from analysts. The tourism and air traffic sector, which has been particularly penalised by the pandemic lockdown, remains in vogue during the relaxation phase.

According to a media report, the US food supplier Grubhub has attracted the interest of at least two European companies. Among them are Delivery Hero from Germany and Just Eat Takeaway from the Netherlands, reports the channel “CNBC”. Grubhub is currently negotiating with the American driving service provider Uber about a takeover, as the “Wall Street Journal” reported a few weeks ago. On the stock market, Grubhub is currently valued at 5.6 billion dollars.