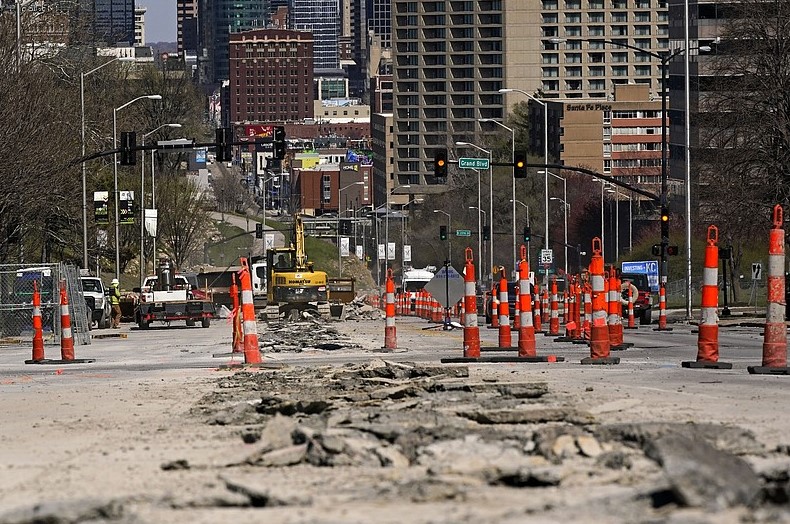 The passing of the multi-billion dollar infrastructure bill in the USA drove prices on Wall Street to new record highs today. Furthermore, the quarterly figures presented so far have made investors largely optimistic.

Over the weekend, positive signals came out of China as well. The country’s economy recorded surprisingly stronger export growth in October, despite a weakening domestic market.

Even though the US stock markets were unable to maintain their initial gains today, equities in the USA remain the measure of all things. Standard stocks were in demand, with the Dow Jones marking a record high.

The Dow Jones extended its initial gain somewhat in the further course and ultimately closed 0.29 per cent higher at 36,432.22 points. In contrast, the NASDAQ Composite tech index gave back some of its early gains and closed up only 0.07 per cent at 15,982.36 points.

Most recently, the US stock markets were able to continue their record-breaking streak. Traders cited the generally good reporting season so far as the reason for this. Thus, 82 per cent of the companies listed in the S&P 500 have beaten market expectations.

Investors focused on shares of the e-car manufacturer Tesla. After CEO Elon Musk had Twitter users commit to selling a tenth of his Tesla shares in exchange for higher tax payments, the stock plummeted on the NASDAQ.

The majority of the major stock markets in Asia posted losses on Monday. However, the swings remained within limits. Neither Friday’s US labour market data nor China’s trade balance from the previous day caused much price movement. The Chinese trade balance showed an increase in the trade surplus for October. Imports, however, fell short of forecasts. This heightened concerns about a slowdown in domestic demand.

Investors on the European stock exchanges held back at the start of the week. The EuroSTOXX 50 index moved in a narrow range around its closing price on Friday. It ultimately lost 0.24 per cent to 4,352.53 points.

The DAX opened the session slightly lighter and weakened somewhat during the session, closing 0.05 per cent lower at 16,046.52 points. The TecDAX, on the other hand, was able to post gains and closed up 0.80 per cent at 3,927.04 points.

No major swings were observed on the European stock markets on Monday. On the corporate side, investors focused on Covestro with an increased profit outlook and Henkel with figures for the past quarter.

Oil prices continued their significant gains from Friday on Monday. The US government is apparently thinking about taking action against high petrol and crude oil prices. US Energy Secretary Jennifer Granholm said President Joe Biden might make an announcement this week. She did not name any specific action. The release of crude oil from the Strategic Petroleum Reserve has been discussed repeatedly recently. At last count, a barrel of Brent North Sea crude cost US$83.26, up 52 cents from Friday. WTI oil from the USA rose by 50 cents to 81.77 dollars.

The gold price also continued its upward movement at the beginning of the week. The price of a troy ounce of precious yellow metal rose by 0.5 per cent to 1,825 US dollars. After Friday’s strong US labour market report, the gold price had taken the 1,800 dollar mark by storm.

The market for cryptocurrencies continued to rise. The most prominent digital currency by market value, Bitcoin, and the number two in the crypto space, Ethereum, are rising to record levels. Bitcoin added 6 per cent to $67,300, while $4,800 are being paid per one ETH – a 3.7 per cent gain. The entire cryptocurrency market capitalization rose to a new all-time high as well, reaching almost $3 trillion. The overall altcoin market increased significantly, too: Cardano and XRP gained 5 per cent to $2.13 and $1.28, respectively. Litecoin, VeChain and Algorand were amongst the top gainers today, rising by more than 10 per cent.

READ ALSO
What is Forex and How to Trade Successfully

The business cycle index for Germany surveyed by the consulting firm Sentix fell in November for the fourth time in a row. According to Sentix, it fell to 19.7 (October: 20.0) points. The situation assessment index fell to 24.8 (31.0) points, the lowest level since May. In contrast, the expectations index climbed to 14.8 (9.5) points. This was the second increase in a row.

Economic sentiment in the eurozone improved in November after three consecutive declines. Compared to a month earlier, the Sentix economic indicator rose by 1.4 points to 18.3 points, as the consultancy Sentix announced in Frankfurt on Monday. It is the first increase since July. Analysts, on the other hand, had predicted a decline to 15.0 points.