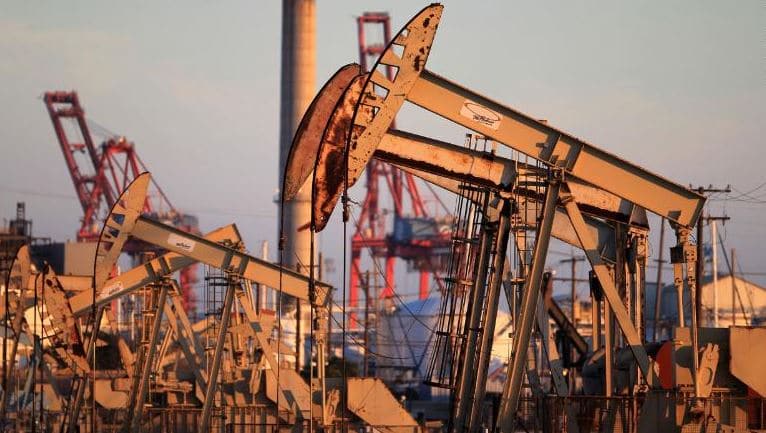 The dangerous combination of the corona crisis and the crash on the oil market caused panic among investors today and dragged the stock market down.

Only a few minutes after the opening of the New York Stock Exchange, trading was suspended for 15 minutes due to heavy losses. The reasons given for the suspension included “lack of liquidity in the market”. This makes the entire series of price losses sound frightening, and memories from 2008 come back up. One would have thought that the international monetary watchdogs could have learned from the mistakes of the past, but it seems that this is not the case.

The current spectacle on the market is, therefore, becoming more and more of a shaky ride for many investors and panic selling is on the daily agenda.

Forex brokers continue to highlight the increased market volatility and many limit leverage settings and adjust margin calls to their customers. Still, especially trading with a CFD broker that doesn’t offer any negative balance protection has become a hazardous undertaking. It is, therefore, more important than ever to use very tight stop-loss settings and other risk management measures.

In the face of stock market crashes in Europe and Asia, Wall Street also started the new week much weaker.

The US leading index Dow Jones already opened in minus and collapsed. Most recently, a discount of 7.78 per cent to 23,851.33 points was on the board. Tech stocks also saw a significant downward trend: the Nasdaq Composite ultimately lost 7.29 per cent to 7,950.68 units.

The Asian stock markets have seen a significant decline due to the increasing flight from drastic economic consequences of the coronavirus and the crash on the oil market. In Japan, the Nikkei 255 lead index fell by just over 5 per cent to 19,698 points, slipping below the 20,000 point mark for the first time in more than a year. Other stock exchanges also experienced significant declines. For example, the CSI-300 index on the Chinese mainland stock exchanges lost around 3 per cent, and in Hong Kong, the Hang Seng lost a good 4 per cent.

Europe’s stock markets also went into a tailspin on Monday. The EuroSTOXX 50 moved deep into red territory. It had already given way at the opening of the exchange and crashed in the further course of trading. In the end, it went down 8.45 per cent weaker at 2,959.07 points.

And the German stock market also slumped dramatically on Monday. After a very weak start, the Dax 30 was stuck deep in the red for the rest of the year. It then closed in the evening with a significant minus of 7.94 per cent at 10,625.02 points. The TecDAX also turned deep red. The Techwerteindex had already fallen sharply at the opening and ended the day with a loss of 6.66 per cent at 2,636.50 points.

The corona crash accelerated at the start of the new week. Experts spoke of a “black Monday” and that investors’ fears had now turned into panic. Especially in Europe, the situation around the new lung disease has worsened: Italy has sealed off large parts of the north of the country, in France events with more than 1,000 participants are prohibited. Meanwhile, the German government has decided on coronavirus aid for companies.

The dollar continued to come under pressure on the currency market. It lost ground especially against the Swiss franc and the yen. The greenback fell by 1.4 per cent to 102.40 yen. The euro rose to 1.1450 dollars. The US currency is under pressure because the Fed still has relatively much room for interest rate cuts. Further interest rate cuts are firmly now expected on the market.

The crux of the matter for a stock market that was already severely battered by the corona crisis was the crash on the oil market today. The two leading oil types, Brent and WTI, were down by up to 30 per cent after the oil cartel Opec and Russia failed to agree on further production cuts on Friday. As a result, there is the threat of a huge supply surplus on the world market, which is causing prices to collapse.

The gold price returned from its interim high of over 1,700 dollars per troy ounce and lost 1.2 per cent to 1,676 dollars. The demand for the safe-haven remains high, according to some market participants.

Cryptocurrencies stabilized somewhat on Tuesday and didn’t join the global equities meltdown. A Bitcoin currently costs approximately $7,950, while Ethereum recovered slightly to $202 and XRP to $0.2090.

Hope for support from the ECB

Due to the coronavirus crisis, investors on the money market are now speculating on two interest rate cuts by the ECB by the beginning of June. As the prices on Monday showed, investors now expect 100 per cent that the European Central Bank will reduce its so-called deposit rate in two steps by a combined 0.20 percentage points to minus 0.70 per cent by then.

Last week, only a 0.10 percentage point cut was expected by early June. A negative deposit rate means that financial institutions will have to pay penalty interest if they hoard excess funds overnight at the central bank. The ECB aims to ensure that institutions instead grant more loans to the economy, which would benefit the economy.

China’s foreign trade has fallen sharply against the background of the coronavirus epidemic. For the first time since the outbreak of the lung disease Covid-19, the Beijing customs administration presented trade figures on Saturday. According to these figures, China’s exports in January and February fell by 17.2 per cent compared with the first two months of the previous year, to a value equivalent to around 292 billion US dollars (259 billion euros). Imports fell by 4 per cent to just under 300 billion dollars. Overall, foreign trade thus shrank by 11 per cent.

Meanwhile, German exports surprisingly did not increase in January. Seasonally adjusted, exports were at the same level as last month, the Federal Office of Statistics announced in Wiesbaden on Monday. Economists, however, had expected an average increase of 0.9 per cent. Imports rose by 0.5 per cent. The surplus in the trade balance decreased from 15.2 billion euros in the previous month to 13.9 billion.