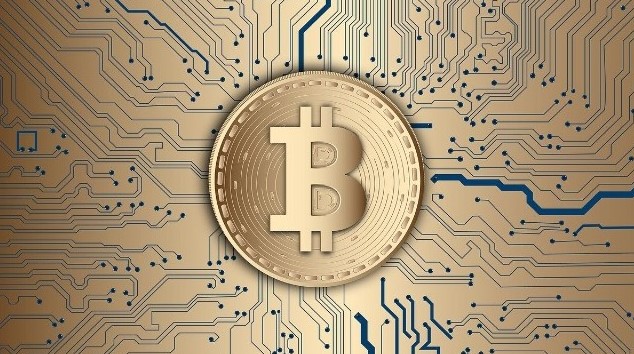 The US stock markets took a rally pause today. Waiting for new price data slowed activity, as did renewed corona worries. Nevertheless, there was a big winner.

There was little change on the New York Stock Exchange at the start of the week, while investors held back ahead of important price data on Wednesday. Rising corona infection numbers also caused unease. Stock market traders were also waiting for the passage of the one trillion-dollar infrastructure bill, which could be voted on Tuesday. Over the weekend, the package had made progress in the US Senate, but due to a last-minute amendment regarding cryptocurrencies, the package has not yet been put on track.

Although the Dow Jones started with a small gain, it turned negative as trading progressed and finally lost 0.30 per cent to 35,101.85 points. On the other side of the coin, the NASDAQ Composite closed with a gain of 0.16 per cent at 14,860.18 points, having already gained slightly at the start.

Investors were increasingly concerned about the presented corona infection figures and their potential economic consequences, especially after Goldman Sachs significantly reduced its growth forecast for China. In addition, the surprisingly strong US labour market data on Friday fuelled inflation fears. Investors are therefore already looking ahead to US consumer prices, which will be released on Wednesday.

The Far East stock exchanges recorded gains at the start of the week. The Japanese benchmark index Nikkei closed on Friday with a plus of 0.33 per cent at 27,820.04 points, while today trading was on pause due to the compensation day for “Mountain Day”. On the Chinese mainland, the Shanghai Composite climbed 1.05 per cent to 3,494.63 points by the end of today’s trading, while Hong Kong’s Hang Seng added 0.40 per cent to the 26,283.40 index units.

Investors’ eyes were still focused on Friday’s strong US labour market data, which on the one hand, boosted economic hopes, but on the other hand, fuelled concerns about impending monetary tightening by the US Federal Reserve.

The European stock markets were also quite restrained. The EuroSTOXX 50, for example, went into the evening with a small gain of 0.06 per cent at 4,177.15 points, after it had already started Monday’s trading with hardly any movement.

The DAX was unable to defend its small initial gain but turned negative as trading continued. It ultimately closed with a slight loss of 0.10 per cent at 15,745.41 points. In contrast, after a friendly start, the TecDAX was able to gain significantly more and ended Monday 1.11 per cent higher at 3,832.26 points.

In view of the strong US labour market report, experts pointed to the danger that the US Federal Reserve could soon tighten its interest rate policy. On the other hand, China could also be prompted to provide additional stimulus to offset a slowing recovery. This is because the foreign trade data published by China’s customs authority at the weekend were weaker than expected.

Against this backdrop, investors were waiting for a new stimulus, especially the US inflation report due later in the week.

After the heavy losses on Friday, the euro exchange rate initially stabilised only slightly on the foreign exchange market, only to fall back again. Shortly before the close on Wall Street, the common currency was trading at 1.1746 US dollars.

The strong dollar also continues to weigh on oil prices, which today continued their strong losses from Friday and fell by around 3 per cent. In US trading, Brent crude was traded at $68.59 a barrel, $2.10 less than on Friday. The barrel price of US American West Texas Intermediate (WTI) fell by 2.19 dollars to 66.06 dollars.

Gold first lost its shine for investors with the US labour market data published last Friday. In a countermovement, the precious yellow metal traded slightly higher again at 1,730 dollars per troy ounce in the evening. In Asian trading, the gold price dropped heavy at times to as low as 1,680 dollars, its lowest level in four months. Explained was the erratic movement that some large investors cashed out in view of the strength of the greenback.

By contrast, things are looking much better for Bitcoin and other important cryptocurrencies at the moment. Prices on the crypto market rose sharply over the weekend and, after a short breather, they continued to rise today. Bitcoin currently trades for the round number $46,00, 6.2 per cent higher than on Sunday. Ethereum rose 6.6 per cent to $3,133, while XRP, Cardano and Binance Coin increased by roundabout 5 per cent each. Double-digit gains were seen for Uniswap, Litecoin and Internet Computer.

Chinese companies raised their prices significantly in July. Producer prices rose 9 per cent year-on-year, the statistics bureau said in Beijing on Monday. Economists polled by Reuters had also expected an increase of 8.8 per cent, following a rise of the same magnitude in June. The price hikes are adding to pressure on companies already struggling with high raw material costs. The higher prices could also be felt by German consumers. After all, Germany buys more goods from no other country than from the People’s Republic. Chinese consumer prices rose comparatively little in July. They rose by 1.08 per cent year-on-year. Economists had expected an increase of 0.8 per cent.

The German economy noticeably increased its exports in June. Exporters sold 1.3 per cent more than in the previous month, adjusted for calendar and seasonal effects, as reported by the Federal Statistical Office. Expectations were thus clearly exceeded: Economists surveyed by Dow Jones Newswires had expected a plus of only 0.4 per cent. Exports thus rose for the 14th month in a row. Compared to the same month last year, exports were 23.6 per cent higher. Imports rose by 0.6 per cent in June compared to the previous month. On an annual basis, there was an increase of 27.0 per cent.

The business cycle index for Germany, compiled by the consulting firm Sentix, fell in August. According to Sentix, the investors surveyed assessed economic expectations significantly weaker than in the previous month, but their assessment of the current economic situation improved slightly and reached its highest level since November 2018. The overall index fell to 25.7 (July: 33.8) points, the situation index rose to 38.5 (37.8) points, and the expectations index fell back to 13.5 (30.0) points, its third consecutive decline.