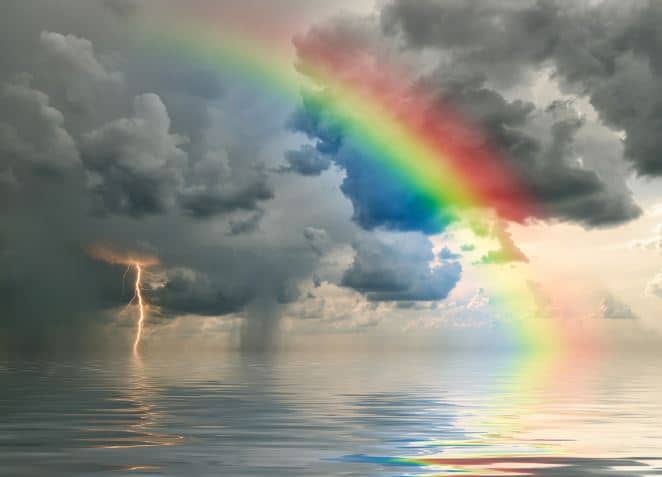 Quiet before the storm

On Monday, investors were still very cautious, as important decisions mark this week. From the re-elections in Great Britain on Thursday evening to the latest impulses from the Fed in the USA, relevant economic data releases from China, to the decision as to whether or not penalties are going to be imposed on December 15 or not.

For investors this week, the main question is whether or not Donald Trump will impose the punitive tariffs threatened for December 15 on Chinese imports worth 160 billion dollars. The market does not expect this to happen. But whether the US President will give up what would be in the investors’ best interests remained completely open on Monday.

On Wall Street, too, the Friday euphoria was no longer felt. The Dow Jones index of blue chips opened at 28,003 points with little change and was 0.2 per cent weaker at 27,960 points at the close of trading in Frankfurt. The broader S&P 500 lost 0.1 per cent to 3,141 points. The Nasdaq technology exchange index also fell by 0.1 per cent to 8,644 points.

In China, the trade dispute had recently again visibly depressed the economy. Exports fell surprisingly in November, while exports to the USA had even collapsed by almost a quarter. Overall, this was the fourth consecutive monthly decline. Experts had expected growth. Against this background, the CSI 300 index with the 300 most important stocks on the Chinese mainland stock exchanges fell by 0.23 per cent to 3,894 points on Monday.

In Hong Kong, the Hang Seng was up slightly by 0.04 per cent to 26,510 points. However, the unrest there is not decreasing. On Sunday, the largest pro-democracy demonstration in months had formed on the streets of the Special Administrative Zone.

In Japan, the Nikkei gained 0.33 per cent to 23,431 points. Apparently, this was due to the latest US labour market report from last Friday.

The stock markets in Europe also showed losses on the first trading day of the week.

The EuroSTOXX 50 had already started weaker, but in the day the minus became even bigger. The index suffered a loss of 0.54 per cent at 3,672.42 points as at the close of the trading day.

The Dax already started the new week with a red sign and then lost further ground until it closed 0.46 per cent down at 13,105.61 units. The TecDax started the day with little change and fell marginally by 0.06 points to 3,053.18 points in the evening.

The currency market was talking about a quiet start to the week into an eventful week. Economic data had hardly any influence on prices. Both foreign trade data from Germany and the monthly sentiment indicator of the research company Sentix surprised positively. Otherwise, there was little news relevant to the economy. The American-Chinese trade dispute also remained calm.

The euro lost some momentum again in US trading on Monday. Most recently, the common currency, the euro, cost 1.1062 US dollars, roughly as much as in the European trading session.

A little more focus was on the Turkish lira. Turkey’s national currency fell against the US dollar to its lowest level since the end of October. The country’s central bank had revised the banks’ minimum reserve rate for lira liabilities to promote long-term commercial loans with a strong link to production and investment.

Oil prices have fallen after substantial gains in the previous week. Also, they have expanded the slight losses from early trading to some extent. A barrel (159 litres) of Brent from the North Sea cost 64.13 dollars. That was 24 cents less than on Friday. The price for a barrel of the American West Texas Intermediate (WTI) fell by 33 cents to 58.86 dollars.

The gold price fell during the US session back to just $1,461 after it had risen to $1,468 during the day. The same is true for cryptocurrencies. After a small but steady increase spread over the day, prices for digital assets dived by 2 to 3 per cent. One Bitcoin currently costs $7,400.

The US aviation regulator FAA wants to impose a fine of 3.9 million dollars on Boeing for defective aircraft components. According to Friday’s announcement, the authority accused the manufacturer of having approved defects in 133 jets. This concerns the 737 model series, which includes the Max series, which was banned from take-off after two devastating crashes, and the older NG (Next Generation) aircraft.

According to the FAA, Boeing has not sufficiently ensured that suppliers adhere to quality control. Also, the supervisory authority accuses the Airbus rival of having registered aircraft for the final certification of airworthiness despite knowledge of defective parts. The possible defects are so-called slat tracks, guide rails at the front edge of the wings of the jets, which are used to reduce the speed during landing, for example.

The government accused the German car giant of violating environmental laws and import regulations, as it announced in Toronto on Monday.

In Canada, VW has already been confronted with complaints from numerous diesel owners in recent years – the company has already spent more than two billion Canadian dollars (currently 1.36 billion euros) on compensation there. After four years of investigations by the Ministry of the Environment, the government has now also filed a lawsuit.

Volkswagen announced that the company had cooperated extensively in the investigation by the authorities. At a hearing this Friday (December 13) before a court in Ontario, both parties would submit a settlement solution for consideration. Details would be presented at this hearing.

In September 2015, VW admitted, under pressure from US environmental authorities, that it had cheated on a large scale in emission tests. The nitrogen oxide measured values on the test bench were adjusted downwards by so-called “defeat devices”. According to company information at the time, the affair affected around eleven million diesel cars worldwide. Due to the “Dieselgate” scandal, the Group has already booked more than 30 billion euros in legal costs.

The cars equipped with illegal exhaust technology are not only vehicles of the VW brand, models of the subsidiaries Porsche and AUDI are also affected. In the USA, where the diesel scandal was uncovered, the company made an admission of guilt in court and was not only subject to enormous sanctions under civil law but also paid a billion-dollar fine for criminal offences.

The US judicial authorities have filed criminal charges and arrest warrants against several suspects, including former CEO Martin Winterkorn. Two former VW employees have already been sentenced to years of imprisonment and high fines. In several other countries – including Germany – the legal process of coming to terms with the exhaust gas affair is still ongoing.