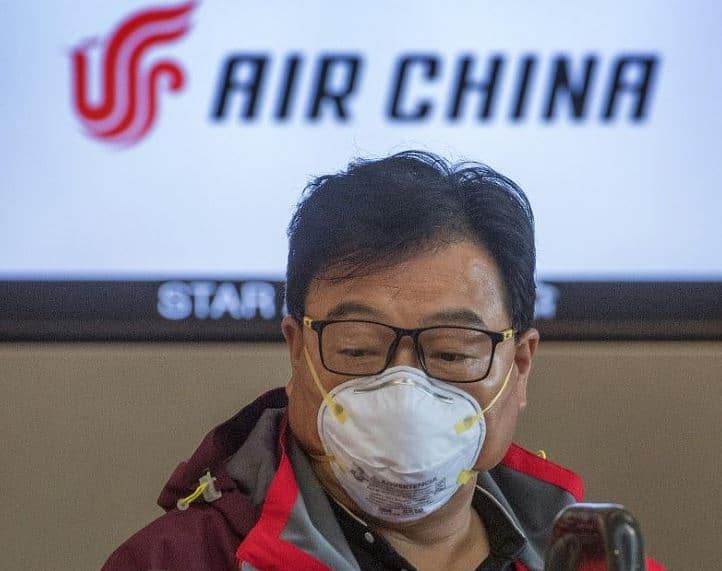 Once again, concerns about the consequences of the coronavirus have dampened investors’ desire to buy. Investors remain insecure, but nobody wants to back out.

Nobody knows what the economic consequences of the current standstill in China will be. The fact is that economic life in the Middle Kingdom is starting up again only very hesitantly. However, some production facilities and businesses will remain closed.

With the latest numbers from China’s Health Commission coming through, it was confirmed that the virus has already claimed more than 1,000 lives as of today, February 10. The death toll has increased to 1,011 with the epicentre Hubei adding 2,097 confirmed cases. News of any further spread weighs on the trading sentiment and further contributes to the prevailing risk-off tone.

The US stock markets went up again on Monday.

The leading index, the Dow Jones, opened weaker and was able to move into the profit zone in the further course of trading, where it fell 0.6 per cent more strongly at 29,276.78 points. The NASDAQ Composite index of tech stocks also rose by 1.13 per cent to 9,628.39 points, after having given up at the start. In the meantime, the tech stocks index has reached a new all-time high of 9,628.66 points.

Asian stock markets mostly fell on Monday against the background of the coronavirus crisis. Investors are still trying to assess the economic consequences. In China, for example, factories remain closed due to fear of the virus. Currently, the Chinese central bank has put together a billion-euro aid package for the country’s economy.

Investors on Europe’s stock exchanges remained covered on Monday. The EuroSTOXX 50 ended the day 0.14 per cent weaker at 3,793.18 points.

The euro continued its weakness of recent days on Monday. In late European afternoon trading, the common currency, the euro, had cost 1.0909 US dollars at its low, and thus as little as at its multi-year low of about four months ago. Most recently, the euro exchange rate stood little above that at 1.0915 dollars. The European Central Bank (ECB) set the reference rate at 1.0951 (Friday: 1.0969) dollars.

Production data from the industry burdened the euro. After disappointing data from German, French, and Spanish industrial companies, the Italian economy was also weak on Monday.

Oil prices are also continuing their losses from Friday. The market justified the renewed price declines with doubts about the unity of the crude oil cartel OPEC and allied producer states. A bar of North Sea Brent crude last cost 53.50 US dollars. That was one dollar less than on Friday. The price of a barrel of US grade WTI fell by 61 cents to 49.73 dollars.

The oil market has long been under the spell of the coronavirus emanating from China. Concerns about the economic effects and the consequences for oil demand dominate. China is one of the biggest consumers of crude oil. An economic slowdown there would have immediate consequences for the global economy and the oil market.

Besides, major producing countries do not seem to agree. While the oil giant Saudi Arabia is inclined to make additional cuts in production, Russia is much more cautious. Both countries are united in the “OPEC+” association. A committee of experts recently proposed a production cut. However, there are no signs of a quick decision.

Gold, the “safe haven”, is giving up initial gains and is currently trading at $1,575 an ounce, with little change.

The cryptocurrency market was slightly lighter on Monday. After Bitcoin had passed the magic $10,000 mark over the weekend and other digital assets were not inferior to the profits, Bitcoin had to give up some of the gains again on Monday. Most recently, one Bitcoin costs $9,800, Ethereum $223 and XRP $0,2730.

The prices of US government bonds rose on Monday. The spread of the coronavirus remains a dominant topic on the financial markets. Recently the number of proven infections has increased to over 40,000. According to market observers, fears of negative consequences for the Chinese economy are dampening investors’ appetite for risk and are supporting fixed income prices. Punitive tariffs also became an issue again at the beginning of the week, after the US imposed special duties on additional steel and aluminium products from around the world over the weekend.

The specialised machine manufacturer Isra Vision is about to be taken over by the industrial group Atlas Copco. The Swedes intend to offer Isra shareholders EUR 50.00 per share in cash as part of a voluntary public offer. With this offer, Atlas Copco values the Darmstadt company at just under EUR 1.1 billion. The offer price represents a 29 per cent premium to the average share price over the last three months before the announcement and a 43 per cent premium to Friday’s closing price.

On Monday morning, the shares even exceeded the takeover price. It shoots up by over 45 per cent to 50.90 euros. This means that some investors are betting on an increase in the bid.