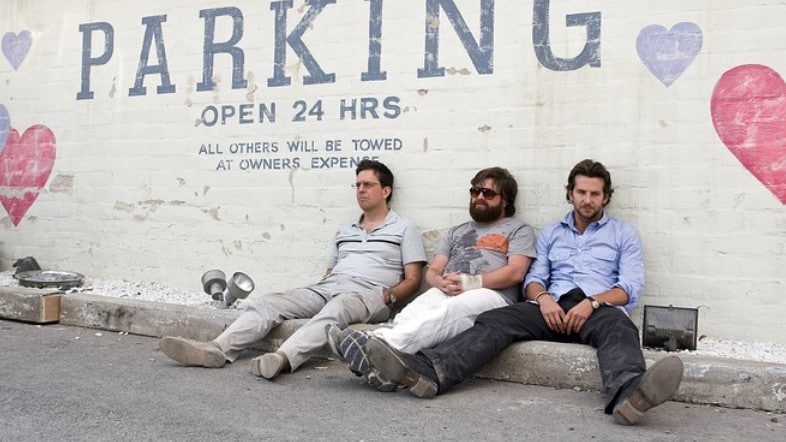 Today’s trading day felt a bit like waking up after partying a little too hard the day(s) before. After the financial markets went very hot in the past weeks, with many stock markets reaching new all-time highs over and over again, investors slowed down today and took some chips off the table.

Similarly, Bitcoin and the entire cryptocurrency market saw a massive intraday pullback off over 25 per cent at times. The sell-off seemed overdue after digital assets rallied for weeks and Bitcoin reached a price level of over $41,000 over the weekend, but also smells a lot like market manipulation.

What all indices have in common is that they have recently been in record mood, so profit-taking at this level is nothing special. However, there is currently a flaw in the USA that could become a problem for the stock market.

After Joe Biden’s election victory, investors on the money markets are increasingly betting on a rise in US key interest rates in the next few years. Interest rate hikes of a combined 0.40 percentage points are expected.

Rising long-term interest rates could cause two problems for the stock markets. On the one hand, companies’ costs rise, for example, when they bring new bonds to the market. Also, a higher interest rate makes bonds look more attractive to some investors than equities.

Wall Street investors started the week cautiously and took profits. The Dow Jones was in the red throughout the session, closing down 0.29 per cent at 31,008.69 points. The NASDAQ Composite also kept its negative sign and went into the close 1.25 per cent lower at 13,036.43 points.

After the gains and record highs on Wall Street last week, investors acted more cautiously on Monday and took some profits. Besides, the corona news weighed on the market: The number of infections and deaths in the USA continues to rise. In addition, the reporting season is just around the corner. In the USA, it already starts on Friday with the banks presenting their balance sheets.

In Asia, the stock markets did not find a common direction on Monday.

After last week’s price gains in the wake of the US Senate election in Georgia, in which the Democrats emerged as the winners, there was some profit-taking on Monday, according to market observers. However, the Hang Seng, which was driven by Alibaba and Tencent, was unimpressed by this. The US authorities decided not to put the two Chinese companies on their “blacklist” after all.

The European stock exchanges also fell on Monday. The EuroSTOXX 50 ended the session at a discount of 0.67 per cent at 3,620.62 index units.

After the leading German index broke one record after another in the previous week, caution was back among stock market players on Monday. The reporting season, which begins in a few days with the US banks, is awaited with excitement. Besides, some analysts warn that rising interest rates on US government bonds will put pressure on the index.

The euro continued its recent slide on the foreign exchange market after its previous high. In New York trading, the common currency last traded for 1.2157 US dollars – at 1.2132 dollars it had previously reached its lowest level since the beginning of the year. Meanwhile, the greenback benefited from its status as a safe reserve currency in the face of gloomy sentiment on the stock markets.

The recovery of the US dollar also weighed on commodity markets. On the crude oil market, a barrel of Brent was traded for 49 cents less than on Friday, at 55.50 US dollars. US WTI light oil prices fell by 21 cents to 52.03 US dollars.

Gold came under further selling pressure as well after Friday’s flash-crash, flirting with intraday lows of $1.820. However, the daily close was around the same mark as the opening at $1,846 per troy ounce.

More than 200 billion US dollars got wiped from the overall cryptocurrency market capitalization in a massive sell-off, bringing Bitcoin to under $30,000 at its intraday low. All significant cryptocurrencies such as Ethereum, XRP, Litecoin, Cardano, ChainLink, Stellar, IOTA or BitcoinCash dropped by 20-25 per cent at times but were able to recover around 10 per cent of their losses later in the US session.

Investor optimism for the growth prospects of the German economy seems unbroken. The economic indicator surveyed by the consultancy Sentix rises to 9.2 (December: 6.9) points in January, with the situation index picking up to minus 15.8 (minus 17.3) points, the highest level since March 2020. The expectations index even reaches an all-time high of 37.5 (34.3) points.

The buoyant trading on the stock exchanges during the corona crisis brought the online broker flatexDEGIRO a record year in 2020. The company processed 75 million transactions, 140 per cent more than in the previous year, as it announced in Frankfurt on Monday. Thus, the online broker exceeded its annual target, which had recently been raised to more than 70 million transactions – and counted more than twice as many trades as expected for 2020 before the Corona crisis. For the coming years, CEO Frank Niehage is aiming for further growth. In 2021, however, progress is likely to be slower for the time being.

The record run for flatexDEGIRO shares continued on Monday against the overall weak market environment. While German stocks showed signs of profit-taking overall, the online broker’s shares continued to climb unperturbed after its strong interim report. They last traded up 2.12 per cent at 67.50 euros.

According to preliminary figures, the net loss amounts to 1.9 billion US dollars. In the third quarter, the loss amounted to 2.86 billion dollars. The cash burn rate, i.e. the speed at which financial resources are used up, was slightly better than expected in the fourth quarter, which ended on 30 November.

The company ended the 2020 financial year with liquidity of $9.5 billion. Carnival, therefore, sees itself in a good position to survive in 2021 as well. Besides the German Aida, Carnival also owns the cruise operators Costa and P&O Cruises, among others.