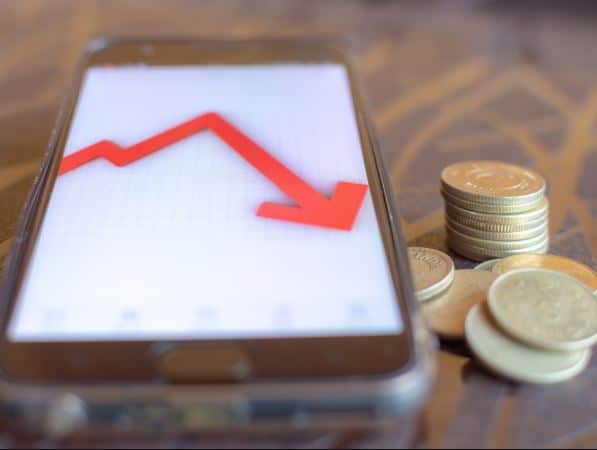 The recent corona euphoria has given way to a much more sober assessment at the beginning of the week. For the reality of the crisis remains extremely difficult, as the latest figures show. On top, renewed tensions between the USA and China way heavy on the markets. As a result, investors switched back again to risk-off with the usual picture unfolding.

The US stock markets showed a mixed picture on Monday. The Dow Jones had a lighter start and then fell further behind. In the course of trading, it made it to green territory in the meantime but then traded weaker again. It ended the trading day 0.45 per cent lower at 24,221.99 points. Official trading on the NASDAQ Composite also began on a downward trend. However, the tech stocks index managed to make the leap into the profit zone and remained there until the end of the NY session. It had gained 0.78 per cent to 9,192.34 points.

Power struggles between the USA and China in the corona crisis have now brought the UN Security Council to the brink of a diplomatic debacle. According to diplomats, the United States objected on Friday evening to a laboriously negotiated compromise for a Covid-19 resolution. The text is intended above all to support UN Secretary-General António Guterres’ call, already six weeks old, for a global ceasefire in the pandemic.

The Far East stock exchanges largely continued their upward trend at the beginning of the week. Among other things, positive signals from the US markets gave a boost, which increased at the end of last week despite disastrous labour market data. Also, many countries are currently relaxing their measures to contain corona pandemic.

Stock markets in Europe declined this Monday. Although the EuroSTOXX 50 had a firmer start, it turned negative as trading progressed, ultimately falling 0.83 per cent to 2,883.75 units.

Although the German benchmark index Dax 30 also opened higher, it slipped into the red in the day. In the end, it then also fell 0.73 per cent more easily from trading at 10,824.99 points. Among the individual stocks, only the Wirecard shareholders, who have been suffering so much lately, were able to breathe a sigh of relief. The share gained well over 8 per cent and was by far the daily winner in the Dax.

The TecDAX also opened higher, but then spent a large part of the day in the red. At the close of trading, however, it gained 0.15 per cent to 2,987.38 points.

The euro lost a little more ground in US trading on Monday but managed to hold above the $1.08 level. Most recently the common currency traded at the 1.0809 US dollar level. Fragile economic data from Italy has been particularly hard on the euro.

Oil prices fell on Monday despite the prospect of lower production in Saudi Arabia. Brent crude oil lost 1.91 per cent to currently $29.78, while a barrel of WTI fell by 0.41 per cent to $24.26.

The gold price also fell in the wake of a strong US dollar and even dropped below the magic $ 1,700 mark. At the end of the trading day, the troy ounce costs $1,695.

The eagerly awaited next Bitcoin Halving event is due in only a couple of hours and, as expected, all major cryptocurrencies dropped sharply just before the even. Traditionally, prices for digital assets increase before and after the halving. A Bitcoin is currently traded at $8,600, while Ethereum costs $186 and XRP $0.1920.

In Italy, industrial production slumped dramatically in March due to measures to contain the corona pandemic. In a month-on-month comparison, production fell by 28.4 per cent. The slump was even more severe than expected. Economists had expected a decline of 20.0 per cent.

The corona crisis had hit Italy particularly hard. But even before the corona crisis, the third-largest economy in the eurozone was already characterized by persistently weak growth. After Greece, Italy also has the second-largest debt in relation to gross domestic product.

After two unsuccessful rounds of negotiations, Britain and the European Union are today again trying to make progress towards a post-Brexit trade agreement. The third round is to be conducted in daily video conferences throughout the week until Friday.

Tesla starts production in California against instructions of authorities

Tesla boss Elon Musk wants to immediately re-start the main plant in California, thus escalating his dispute with the authorities about corona restrictions. He will be at the production line himself, Musk wrote on Twitter on Monday. “If anyone is arrested, I will ask that it be just me.”

In Alameda County, where the Tesla plant in Fremont is located, curfews continue to be in place to prevent the spread of the coronavirus. Tesla had filed a lawsuit against it over the weekend – and Musk had threatened to move the electric car manufacturer’s headquarters from California to Texas or Nevada, for example.

California’s Governor Gavin Newsom had announced shortly before Musk’s tweet that production might resume next week. Musk had downplayed the coronavirus threat from the beginning, and last week he had called the Alameda County curfew “fascist”. In Fremont, by far the most cars are built by Tesla, while production at the new second plant in China is only just starting up.