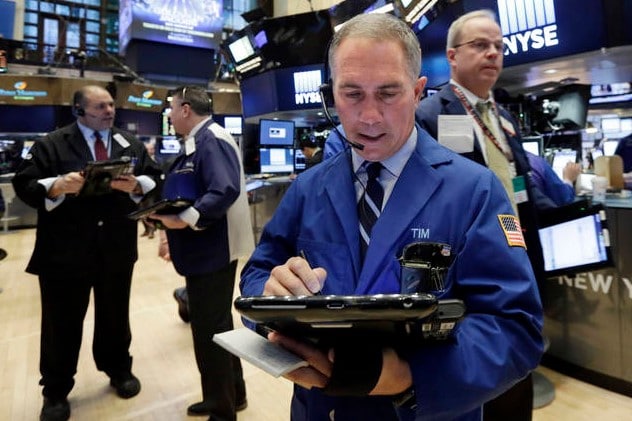 Ahead of the companies’ first financial results for the opening quarter of 2021, US investors have not gone far out on a limb because tomorrow marks the start of the reporting season in the US, on the course of which much depends.

Fundamental headwinds for both the local stock market and the euro came this morning from the Federation of German Industries (BDI), which had lowered its growth forecast for the German economy from 3.5 to 3.0 per cent. The prolonged lock-down in several sectors is not without consequences for the economy, said BDI head Siegfried Russwurm on the occasion of the Hanover Fair, which starts today but is again only virtual.

After closing last week with new record highs, investors initially shifted down a gear on Monday. However, there was hope on the part of US Federal Reserve Chairman Jerome Powell. In an interview, Powell indicated that the US economy should be on the upswing again: “We feel like we’re at a point where the economy is starting to grow much stronger.

The stock exchanges in the Far East started the new week with significant losses. The Japanese benchmark index Nikkei closed with a loss of 0.77 per cent at 29,538.73 points.

China also saw a downward trend for the most important stock markets. On the Chinese mainland, the Shanghai Composite lost 1.09 per cent to 3,412.95 points while the Hang Seng fell 0.86 per cent to 28,453.28 index points in Hong Kong.

Investors were cautious due to the forthcoming reporting season and important economic data due this week. Observers also pointed to the latest inflation data from the USA and China, which showed rising inflation. Chinese monetary policy is expected to be “more stable” for the time being, limiting the Hong Kong stock market’s potential for the time being.

The European stock exchanges were also subdued and fell slightly. After starting unchanged, the EuroSTOXX 50 fell slightly in the further course of trading. It finally fell by 0.43 per cent to 3,961.90 points.

The DAX opened with a slight gain and subsequently trended sideways. It then slipped slightly into the red at the close of trading with a loss of 0.13 per cent to 15,215 points. The TecDAX also lost ground and ended the session 0.84 per cent weaker at 3,453.75 points.

After weak signals from Asia, investors on the German stock market also shied away from risk. Investors had already been taking it easy in recent days. The market attributed this to concerns about a tougher lockdown in Germany, rising inflation expectations and the already high price levels.

The consolidation from the previous week continued, also because the news situation remained thin. The upcoming reporting season for the first quarter is casting its shadow ahead.

The euro exchange rate remained within its narrow trading range from last Friday on the foreign exchange market. In New York trading, the European common currency was almost unchanged at 1.1903 US dollars, continuing its recent consolidation after previous gains.

Oil prices were able to increase slightly at the beginning of the week. The last price for a barrel of North Sea Brent was 63.53 US dollars, 58 cents more than on Friday. The US WTI light oil price also rose by 67 cents to 59.99 US dollars.

The gold price remained under pressure losing $10 per troy ounce to close the day at $1,732.

Contrary to that, many big-cap cryptocurrencies increased in value again, and the overall market capitalisation settled nicely well above the $2 trillion mark at approximately 2.1 trillion US dollars. Both Bitcoin and Ethereum gained 0.5 per cent to $60,300 and $2,158, respectively, while other digital assets rose more significantly. For example, Binance Coin added another 14.7 per cent to $597, and XRP gained 5.5 per cent to $1.45.

Retail sales in the eurozone recovered far more than expected in February from the previous month’s slump and were not quite as weak in January as previously thought. The sales driver in February was non-food retailing. According to Eurostat, total sales rose by 3.0 per cent month-on-month in price-adjusted terms and were 2.9 (January: minus 5.2) per cent below the same month’s level last year. Economists surveyed by Dow Jones Newswires had forecast a monthly increase of only 1.0 per cent. According to revised figures, in January, sales fell by 5.2 (preliminary: 5.8) per cent.

The German industry raises its export forecast for 2021 despite the ongoing Corona pandemic among important trading partners. Exports are expected to increase by 8.5 per cent, said industry president Siegfried Russwurm on Monday at a press conference at the start of the Hannover Messe. Previously, the Federation of German Industries (BDI) had projected only six per cent, after exports fell 9.3 per cent last year. “Foreign trade is becoming the central growth lever – especially with the economic locomotives USA and China,” Russwurm said. North America and Asia are bringing the world economy back on track. US President Joe Biden’s multi-billion dollar stimulus programme is providing an additional boost to the global economy.