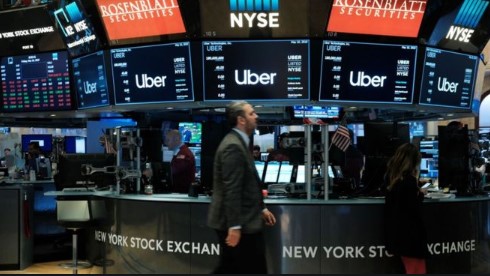 The Japanese leading index Nikkei gained 0.44 per cent to 20,684.82 points on Friday. There is no trading on Monday due to the holiday season.

Meanwhile, the Shanghai Composite on the Chinese mainland gained 1.3 per cent to 2,810.89 points, while the Hang Seng in Hong Kong oscillated around the zero line with a plus of 0.08 per cent at 25,961.29 units.

In Europe, the EuroSTOXX 50 is gaining ground for the new week.

Despite the recovery, the mood remains cloudy. The trade dispute between the USA and China remains unresolved. And the government crisis in Italy is keeping the market in suspense. In the course of the day, a motion of no confidence against the Italian Prime Minister Giuseppe Conte will be discussed.

The German share index DAX starts the new week on a positive note and currently stands at just above the 11,800 mark.

ifo global economic climate deteriorates in the third quarter of 2019

The indicator fell from minus 2.4 to minus 10.1 points. “The intensification of the trade conflict is having a considerable impact on the global economy,” explained the ifo Institute. Both the assessment of the situation and expectations deteriorated significantly.

The economic climate deteriorated in all regions. In the advanced economies and the Asian emerging and developing countries, the experts surveyed by the ifo Institute revised both the assessment of the situation and expectations downwards. In Latin America, the Commonwealth of Independent States and the Middle East as well as North Africa, on the other hand, only the assessment was less favourable, while estimates for the months ahead remained broadly unchanged.

Every quarter, the ifo Institute compiles experts from a large number of countries on economic trends and other financial data in their respective observation areas. The July survey was attended by 1,173 experts from 116 countries.

On the currency market, the euro is moving in the direction of 1.1210 US dollars. The EURUSD pair spent the whole of last week in consolidation just below the resistance level at 1.1285 as well as the 200-day moving average at 1.1295. The consolidation is broadly viewed as a positive (bullish) sign, signalling a trend towards 1.1370.

Among the G10 currencies, the Japanese yen is currently the best performer, having sent the USDJPY currency pair to 105.31 lows before recovering to 105.50. The Antipodeans are trading with minor gains: The Kiwi is trading around the 0.6470 mark, while the Aussie dollar is being pushed below the 0.68 handle once again, after RBA chief Lowe continued his dovish script in front of the House of Representatives’ Standing Committee.

Oil prices fell slightly on Monday. In early trading, a barrel (159 litres) of North Sea Brent cost 58.41 US dollars. That was twelve cents less than on Friday. The price for a barrel of West Texas Intermediate (WTI) fell by 18 cents to 54.32 dollars.

Gold is also dropping in price and is trading below $1,490 an ounce on Monday morning.

There hasn’t been much movement on the cryptocurrencies market over the weekend and so far today. Bitcoin is valued under the $11,400 mark, while Ethereum slipped to $212 and XRP (Ripple) just under $0.30.

Uber and Lyft in reverse gear

In terms of individual stocks, Uber’s shares plunged by almost seven per cent. The driving service agent increased its quarterly loss sixfold to 5.2 billion dollars. “Despite low expectations, Uber has disappointed in almost every respect,” said investment strategist Michael Hewson of brokerage firm CMC Markets. “Losses of this magnitude do not indicate a sustainable business model.” The shares of rival Lyft, which had convinced with its latest business figures, also fell by almost five per cent.

According to a report in the newspaper “Spiegel”, the Daimler corporation must expect a billion-euro fine from the public prosecutor’s office in Stuttgart in the diesel affair. The authority wants to impose a fine of between 800 million and one billion euros for manipulated diesel cars soon, the newspaper reported on Friday, citing its information.

In the second quarter, Daimler set aside a total of 2.4 billion euros for official and court proceedings concerning Mercedes-Benz diesel vehicles in the passenger car and vans divisions. This was one of the reasons why the new CEO Ola Källenius had to lower the profit forecast of the Dax group twice in quick succession.

The Czech billionaire Daniel Kretinsky has been unable with his plans to take over the trading giant Metro. His investment company EPGC, according to its statements, missed the target it had set itself of 67.5 per cent of ordinary shares, which Kretinsky had made a condition of his offer. EPGC had only collected 41.7 per cent of the shares, the company announced on Friday evening.

Kretinsky, who joined Metro last year together with his investment partner Patrik Tkac, wanted to take over the entire group and ultimately delist it from the stock exchange. He had offered 16 euros per ordinary share. The supervisory board, management and two major shareholders of the Düsseldorf group had rejected the offer as too low.