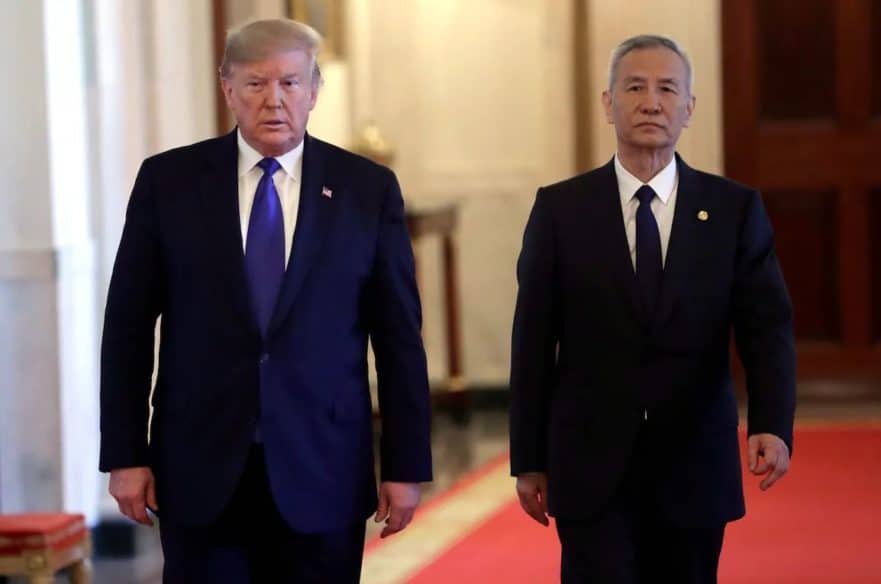 Waiting for the deal

It was a relatively quiet start of the trading week with only very few market movers on the agenda. Investors kept their powder dry in anticipation of the official signing of the US-China trade deal Phase One which is scheduled for Wednesday 0:00 GMT.

Wall Street made gains on Monday. The Dow Jones had already started with a plus and finally closed 0.28 per cent higher at 28,905.70 points. The NASDAQ Composite was also able to hold its ground since the start and ended the day 1.04 per cent stronger at 9,273.93 points.

However, the agreement with China also caused uncertainty among some investors in New York. Details of the agreement are still unclear, and one never knows if there will be any disagreements and a further delay of the deal at the last moment.

At the beginning of the week, the stock markets in Asia were also on the rise. On Friday, the Nikkei gained 0.47 per cent to 23,850.57 points. On Monday trading in Japan was suspended due to a public holiday.

At the start of the new week, investors in the European markets were cautious. Investors are eagerly awaiting both the US reporting season which begins tomorrow and the signing of the China-US Trade Agreement.

The euro exchange rate remained well above USD 1.11 in US trading on Monday. Most recently, the European common currency, the euro, cost 1.1140 dollars. It was thus slightly above the level from early European business. The European Central Bank set the reference rate at 1.1126 (Friday: 1.1091) dollars.

The exchange rate of the British pound has dropped significantly. The British economy shrank surprisingly and noticeably in November. This should help the most recent debate over an easing of monetary policy. In the financial markets, the probability of an interest rate cut derived from futures contracts rose noticeably at the coming meeting of the central bank at the end of January. The pound fell against the euro and the dollar to its lowest level since the end of December.

Oil prices fell slightly at the beginning of the week. A barrel of North Sea Brent last cost 64.31 dollars, one dollar less than on Friday. The price of American WTI crude oil also fell by a good dollar to 58.30 dollars.

Trade with the Best Brokers for Cryptocurrinces

The share of the electric car pioneer continues its high at the beginning of the week. It has risen by a good five per cent and for the first time costs more than 500 dollars. Among other things, Tesla is profiting from the fact that the Chinese government intends to continue promoting electric cars this year. There are no “significant cuts”, state media reported over the weekend. Besides, several analysts raised their price targets, in some cases, significantly.

As expected, the European Airbus group has snatched the title of the world’s largest aircraft manufacturer from its US rival Boeing in 2019.

Boeing has been in a severe crisis since March 2019. After the two crashes with a total of 346 dead, authorities around the world had banned passenger flights with the 737 Max. The aircraft is the most sought-after model of the US concern. This type was supposed to account for about two-thirds of the 900 commercial aircraft deliveries initially targeted. However, Boeing has long since cancelled this target and is now also temporarily stopping production of the 737 Max. When the flight ban is lifted is still open.

Boeing had reacted to the success of its competitor Airbus A320neo by developing the 737 Max as a fuel-saving new edition of the Boeing 737. However, the Americans failed to make full use of the technical possibilities and, according to current knowledge, were involved in the fatal crashes.

Even Airbus was unable to meet its original delivery target of 2019. Initially, the company had planned to deliver 880 to 890 transport aircraft but later reduced the target to around 860 aircraft. The reason for this was the new cabin interior of the Airbus A321neo, the long version of the A320neo. The installation of the cabin takes considerably more time than previously thought.

In 2019, Airbus now delivered 642 of the A320 Family jets, 551 of them in the fuel-saving new A320neo version. Also, 48 aircraft of the smaller A220, developed initially as the Bombardier C-Series, were delivered, 112 long-range jets of the latest A350, 53 of the older A330 and eight double-decker A380s. Due to a lack of demand, however, Airbus is phasing out production of the giant jet next year. Airbus shares ended Xetra trading on Monday 0.61 per cent higher at 135.20 euros.

From the perfumery chain, Douglas to the grocery retailer Rewe: more and more retail chains are expanding their online shops into marketplaces where third-party suppliers can also offer their goods or services.

The role model is, of course, the US Internet giant Amazon, which, with its range of goods and its marketplace, now accounts for almost half (46 per cent) of online sales in Germany, according to the “Online Monitor 2019” of the German Retail Association (HDE).

The remarkable thing about this is that the lion’s share of business has long since ceased to be in the US company’s trading, and is now accounted for by the countless third-party suppliers who sell their goods on the Amazon marketplace. The fact is: marketplaces are playing an increasingly important role in online trading. No wonder that others want to copy or develop the model further.