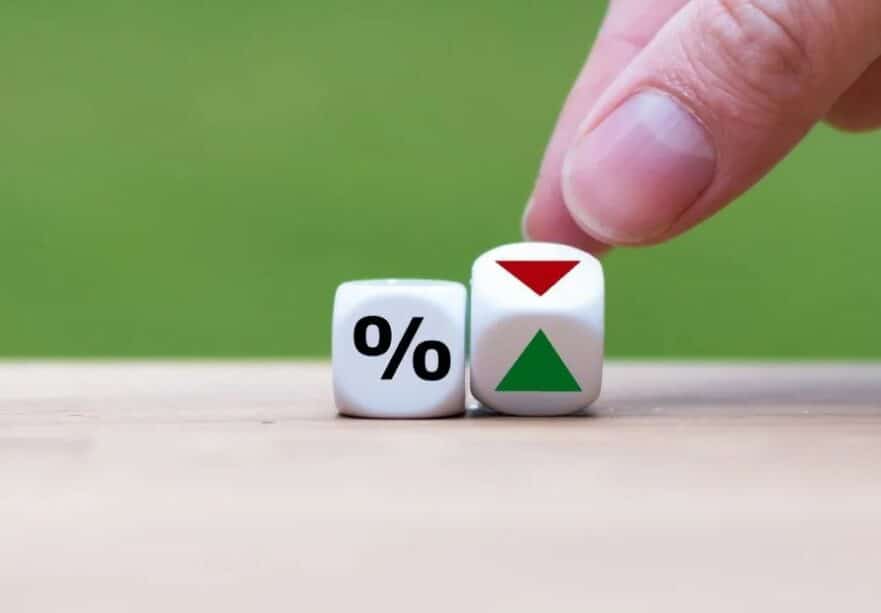 Tomorrow it will be exciting on both sides of the Atlantic, as the US inflation data for August will be on the agenda. At 5.3 per cent for overall inflation and 4.2 per cent excluding energy and food, these are likely to be only marginally lower than in the previous month, several analysts expect.

This means that the interest rate game is likely to continue for the Fed, which, like the ECB, classifies these rates of increase as a temporary phenomenon and therefore continues to keep its powder dry. But for how much longer? This question is driving the markets like no other and repeatedly causes discord. Tomorrow’s Fed inflation data may provide arguments for faster tapering.

Only on Friday, the strongest rise in US producer prices in eleven years fuelled new fears on Wall Street of a rapid turnaround in monetary policy. But it is not only the upcoming inflation data that is increasingly causing headaches for investors. There are also plans by US President Joe Biden’s administration to raise corporate taxes and a $3.5 trillion aid package from the Democrats.

The US Markets moved in opposite directions. The Dow Jones held its ground on green terrain and ended the first trading day of the week with a plus of 0.76 per cent at 34,871.80 index points. Meanwhile, the tech index NASDAQ Composite suffered losses: The stock market barometer ended the week at 15,105.58 points, down 0.07 per cent.

Monday’s trading only showed a partial recovery after the downward trend on the US stock exchanges in the previous week. Support for the stock markets came from the members of parliament. They are currently working on a billion-dollar investment programme for the areas of climate, education and health. However, the uncertainty factors of the corona, inflation and stagnant economic recovery have not changed.

Asia’s leading ports did not present a uniform picture either.

After rallying before the weekend, stock markets in Asia trended in different directions at the start of the week. In Hong Kong, prices fell due to concerns about the regulatory measures taken by the authorities against tech companies. According to media reports, the payment service provider Alipay is to be split up.

The markets in Europe were up on Monday. The EuroSTOXX 50 was already friendly in early trading and ended the trading day 0.46 per cent stronger at 4,189.53 points.

Observers on the Frankfurt stock market were presented with an all-too-familiar picture today. Investors initially started the new week with a lot of optimism, which drove the DAX up to 15,787 points at its peak. However, a weakening Wall Street increasingly caused disillusionment among the stock market bulls – and thus also a lack of follow-up buying. The gains crumbled in late trading, ultimately leaving a daily gain of 0.59 per cent, with the closing price at 15,701 points. The TecDAX initially showed a positive sign, but in the day, it fell back into red territory, where it ultimately ended the day with a deep minus of 1.9 per cent at 3,867.38 points. The MDAX mid-cap index ended the day 0.81 per cent weaker at 35,798 points.

After investors had acted rather cautiously before the weekend due to the 20th anniversary of 11 September, the attitude was somewhat looser again on Monday.

The foreign exchange market lacked clear impulses today as well. However, rising wholesale prices gave further signals of continued high inflation in Germany. ECB Director Isabel Schnabel, meanwhile, reiterated the central bank’s view that the current elevated inflation should be seen as a temporary phenomenon. The euro was last traded at 1.1803 US dollars. In late European currency trading, the euro had recovered to 1.1817, having previously fallen to its lowest level since late August at 1.1770 dollars.

Continuing production losses after hurricane “Ida” in the Gulf of Mexico caused oil prices to rise further. In the late afternoon, the barrel North Sea Brent cost 73.64 US dollars, around 71 cents more than on Friday. There was an increase of 91 cents to 70.64 dollars for WTI from the USA.

The price of gold and other precious metals rose moderately today. The price of a troy ounce of gold rose 0.4 per cent to 1,795 dollars. However, the precious yellow metal faces headwinds from the strong dollar, which makes gold more expensive in the non-dollar area and thus weakens demand.

The cryptocurrency market also struggles to find a clear and prevailing direction. Some altcoins continue to break out and set new all-time highs, while Bitcoin, Ethereum and other large-caps remain in a tight trading range. BTC ultimately traded almost unchanged for $45,150, while Ethereum dropped 2.2 per cent to $3,280. Similarly, Binance Coin, XRP and Solana lost around 2 per cent, while Cardano (ADA) shed 6.6 per cent to $2.42. However, it was a big day for Cardano because today, the proof-of-stake project launched its widely anticipated smart contracts feature, which is set to take on a lot of market share from Ethereum if all goes well.

Prices in German wholesale trade rose by 12.3 per cent in August compared to the same month last year. According to the Federal Statistical Office (Destatis), this is the highest rate of increase since October 1974, when wholesale prices skyrocketed due to the first oil crisis. In July, wholesale prices had risen by 11.3 per cent and in June by 10.7 per cent.

The US budget deficit narrowed to $2.7 trillion in the first eleven months of the fiscal year, compared to $3 trillion in the same period last year. The gap between spending and revenues narrowed as tax revenues increased in the recovery from the crisis-related slump.