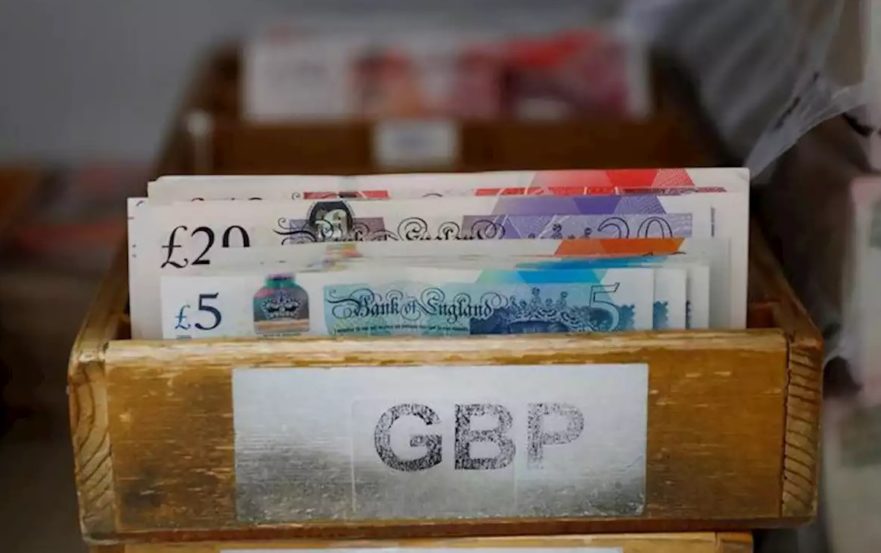 Not only the again increasing corona case numbers, but also the unspeakable Brexit discussion weighed on the stock markets, especially the European ones, today. British parliamentarians are currently debating the Internal Market Act, which is controversial even within the governing party and with which Prime Minister Boris Johnson wants to undermine parts of the divorce agreement with the EU.

At present, it does not look as if there will be an agreement between Great Britain and the EU, so that new customs barriers are likely from January 1, 2021.

Furthermore, since market participants await the upcoming interest rate meeting of the US Federal Reserve on Tuesday and Wednesday to confirm and explain in more detail the new strategic shift in monetary policy, there were no significant swings and only moderate volatility in the market today.

All major indices are gaining ground, and the latest consolidation on the Nasdaq technology exchange also appears to be coming to an end. Both the Nasdaq 100 selection index and the Nasdaq Composite Index are gaining more ground. The Dow Jones closed on Monday with a plus of 1.18 per cent to 27,992.64 points. The NASDAQ Composite jumped 1.87 per cent to 11,056.65 points.

Last week, massive daily fluctuations, possibly triggered by profit-taking, had weighed on prices. The search for a vaccine is one of the driving themes in the new week – here hope is rising again. AstraZeneca, for example, reported that it was resuming paused clinical trials, at least in the UK. Besides, a takeover in the tech sector has also been on the radar of many investors. NVIDIA took over the ARM Holding from Softbank.

In Asia, too, it was mainly the hope for a recovery of the global economy from the consequences of the corona pandemic and the early availability of a vaccine against the virus that prompted investors to go long. In Japan, investors also observed the election of a new leader of the ruling Liberal Democratic Party (LDP). The successor of the election will almost certainly be chosen as the next prime minister at an extraordinary session of parliament on September 16. Previously, the current party leader, Japan’s long-time head of government Shinzo Abe, had announced his resignation for health reasons.

On the European stock markets, the direction of trading was unclear. The EuroSTOXX 50 initially showed a slight gain, but gave up most of its gains in the course of trading, closing 0.05 per cent stronger at 3,317.33 points.

Hopes for a soon available corona vaccine continued to accompany expectations of an economic recovery. Against this background, Europe’s classic export stocks continued to be sought after. Good news such as that from AstraZeneca about the resumption of clinical studies had a supporting effect. The stabilization of US technology stocks was also well received and should therefore also help to end sales in Europe’s tech sector. In addition, there was a revival of M&A fantasies.

On the foreign exchange market, the euro was able to defend some of its daily gains in US trading and was last traded at USD 1.1864. In the eurozone, only a few data were published. Industrial production continued to recover in July from the severe slump in the Corona crisis, albeit at a slower pace than recently. Production rose by 4.1 per cent compared with the previous month. This development was not surprising as the figures from the individual member countries had already been published previously.

Oil prices fell during the day. According to the latest estimates by the Organization of Petroleum Exporting Countries (Opec), the slump in global oil demand will be more severe than previously expected. Due to the economic consequences of the Corona crisis, global demand is expected to fall by an average of 9.5 million barrels per day this year. In the previous monthly report, Opec experts had still expected a decline of 9.1 million barrels per day. Demand had shrunk in India in particular. For the coming year, the organization also expects demand to be lower than previously anticipated. The barrel of Brent crude fell by 33 cents to 39.50 US dollars. A barrel of West Texas Intermediate costs 25 cents less, or 37.06 US dollars.

In contrast, the price of gold was again able to increase significantly. At the end of the trading day, the precious yellow metal traded for $1.957 an ounce. In the beginning, the price was still at $1,943.

The sporting goods manufacturer Adidas says it is profiting in the corona crisis from the trend towards casual clothing in the home office. “Those who don’t go out, sit in “adilettes” and T-shirt in the home office”, said company boss Kasper Rorsted to the “Frankfurter Allgemeine Sonntagszeitung”. There, he said, “people are much looser dressed than in the offices, even in the banks. “In America, at least one suit manufacturer has already closed down, precisely because workwear will become more casual in the long term – that suits us,” said Rorsted.

The Volkswagen commercial vehicle subsidiary Traton does not meet with approval from its American partner Navistar with its increased takeover bid. The board of directors of the US company declared on Monday that the offer, which was raised to 43 US dollars, was undervalued. However, the proposal is a starting point for further investigation of the possibility of a transaction. Navistar Traton now wants to allow Traton to have its books audited to conduct further talks.

The holding company of the MAN and Scania brands had raised its offer for the acquisition of all shares not already held by Traton to 43 US dollars per Navistar share from $35 at the end of January. Traton already holds 16.8 per cent of Navistar. In contrast to its rivals Daimler and Volvo, Volkswagen has so far played virtually no role in the American commercial vehicle market.

Tesla shares have significantly accelerated their recent rally on Monday. The electric car maker’s usually very volatile securities rose by 12.58 per cent to USD 419.62, making it one of the best performers in the technology-oriented selection index NASDAQ 100, which rose by more than 2 per cent.

The US investor magazine Barron’s referred to a tweet from company boss Elon Musk as the driving force behind the Tesla “Battery Day”, which will take place on September 22. Although the tweet was already posted on Friday, it was said to have picked up speed over the weekend. Significantly more users had liked it than other short messages from Musk. The head of the company announced “many exciting things” about batteries.