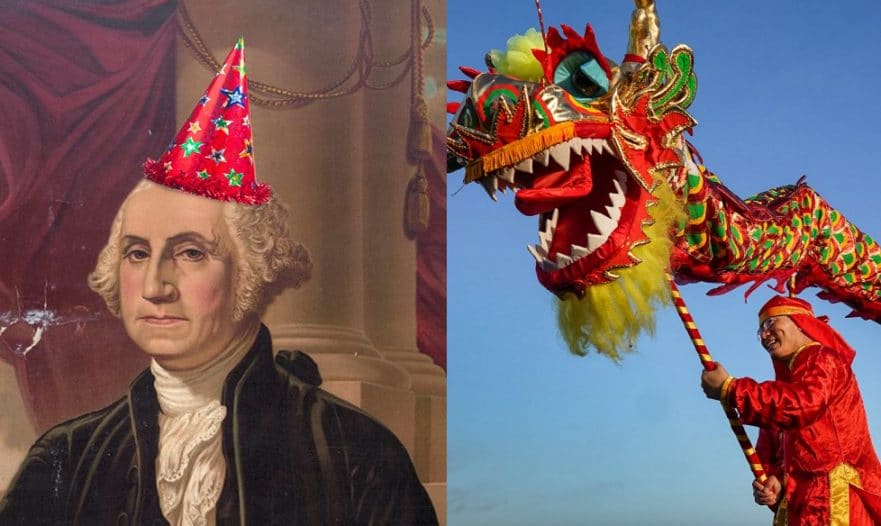 While the USA and China were in holiday mode and had their markets closed, Europe and the rest of Asia-Pacific were happy and pushed the markets further up. Above all, vaccination progress is currently fuelling investors’ hopes for a better time after the pandemic. Investors continue their love affair with shares, but prices are also rising on the commodities market.

British Prime Minister Boris Johnson spread hope as well. The latter announced a cautious exit from the lockdown. “We have to be very smart, and what we want to see, that is cautious but irreversible progress,” he told reporters. “If we can, we will set dates.” He said he would do everything possible to ensure that schools could reopen on 8 March.

So in addition to hopes that the US economic stimulus package will not be long in coming, it is the progress in the fight against the coronavirus that continues to create an optimistic mood on the stock exchange floor.

The US stock markets went into the long weekend with slightly higher prices on Friday and even reached new record highs on a closing price basis. Today, Monday, the US stock exchanges remained closed due to the “Washington’s Birthday” holiday.

At the start of the week, trading remained dormant in several Asian markets due to the Chinese New Year holiday. In Japan, however, trading was open and friendly.

The Japanese benchmark index Nikkei closed with a gain of 1.91 per cent to 30,084.15 points. This was the first time since 1990 that the Japanese leading index overcame the 30,000 mark. On the Chinese mainland, trading is still suspended up to and including 17 February. Most recently, the Shanghai Composite climbed 1.43 per cent to 3,655.09 points on Wednesday. After a shortened trading session in Hong Kong on Thursday – the Hang Seng ended 0.45 per cent higher at 30,182.44 points – trading here was also suspended on Friday and Monday due to the holiday.

Investors in Asia continued to hope for the new US administration under Joe Biden, and a trillion-dollar US economy measures package. Buying sentiment was also buoyed because the corona pandemic appears to be abating, as measured by case numbers. Besides, corporate results and stronger than expected Japanese economic growth were well received.

The European stock markets rose on Monday. The EuroSTOXX 50 opened with a plus and also gained in the further course of trading. It then left the close 1.17 per cent firmer at 3,738.69 points.

Impulses from overseas markets were scarce on Monday, as there was a holiday in the USA and no trading in China and Hong Kong due to the New Year’s holiday.

According to some market observers, optimism remains high, and the significant drop in the number of COVID-19 cases is fuelling it. Investors are already looking ahead to the period following the pandemic.

Investors are appreciating the progress in the UK’s vaccination campaign and are buying the pound on the foreign exchange market. The pound rose to a three-year high of 1.3913 US dollars. Against the European single currency, the pound reached a nine-and-a-half-month high of 1.1461 euros. The greenback is currently trading slightly weaker against the euro at 1.21325. The greenback exchange rate is particularly important for the current commodity rally, as their prices are set in US dollars. A weaker US dollar makes them cheaper for investors from other currency areas.

On the commodities market, many of the quotations rose significantly today, and the prices for oil and industrial metals are rising markedly. For example, Copper is rising to around 8,400 US dollars per tonne, the highest level in more than eight years.

Oil prices also continued their surge from last Friday, reaching their highest levels since February 2020. Following the lead of European Brent crude, US WTI crude price has now also broken through the sound barrier at 60 dollars per barrel. Brent oil rose 94 cents to 63.37 US dollars today, while WTI increased 92 cents to 60.36 dollars.

Gold’s price remained relatively stable and unfazed as one of the few precious metals today. The troy ounce price continued to hover around the $1,818 mark during the shortened trading day.

At last, the bull run in digital assets was halted for the time being today. Many major cryptocurrencies corrected between 5 and 20 per cent to the downside but rebounded in a solid fashion again later in the day. Bitcoin lost 2.1 per cent to $47,660 after inching closer to the $50,000 mark before. Ethereum shed 2.3 per cent to $1,766 while XRP dropped more substantial by 9 per cent to $0.55.

Japan’s economy continued its recovery in the final quarter of 2020. According to preliminary data released by the government in Tokyo on Monday, the world’s third-largest economy ahead of Germany grew by 12.7 per cent over the year. This was slightly more than experts had expected.

In the previous quarter, Japan’s GDP had already risen by a revised 22.7 per cent. It was the first time in three quarters that the country’s economy grew again after Japan slipped into a severe recession in the wake of the Corona pandemic.

For the calendar year as a whole, Japan’s economy contracted by 4.8 per cent. This was the first decline since a 5.7 per cent slump in 2009, but experts expect it will take years for the Japanese economy to recover from the global pandemic’s effects fully.

Industry in the eurozone noticeably reduced its production in December, after significant increases in November and October. The newly imposed corona restrictions are also likely to have slowed down production in many countries. According to Eurostat, the statistics authority, production (excluding construction) fell by 1.6 per cent compared to the previous month, seasonally adjusted. Economists surveyed by Dow Jones Newswires had expected a decline of only 1.0 per cent.